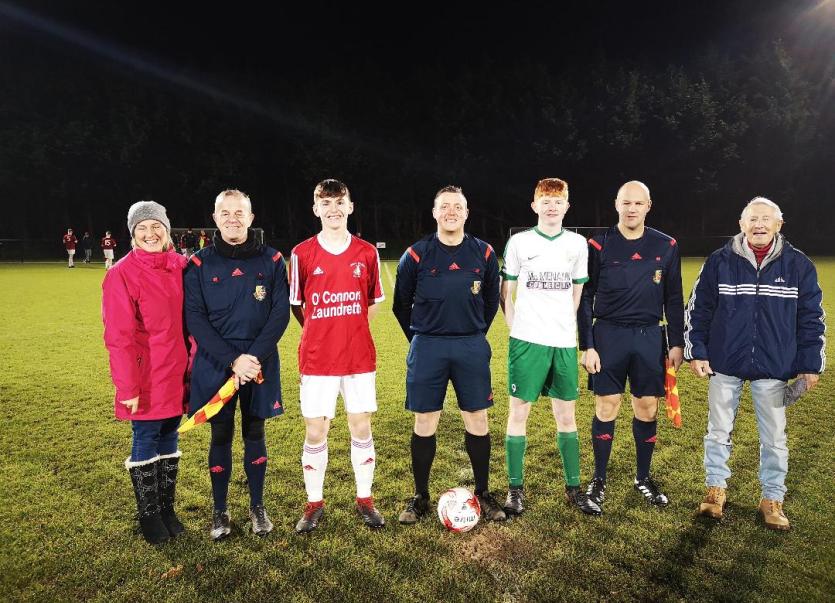 Bonagee and Swilly Rovers served up a spectacular on Halloween week and it was the Dry Arch Park men who were celebrating at Diamond Park when defeating Swilly Rovers 4-3 in a thriller to secure a maiden youth Cup success at this level when lifting the Colin Breslin Cup.
In perfect conditions for football the opening exchanges were tepid before the game sprung into life on 32 minutes when Swilly took the lead when the impressive Matthew McLaughlin capitalised on a defensive error to play in the equally impressive Tyler Durning and he did well to finish from an acute angle.
Swilly though will bemoan not holding onto the lead for longer as Bonagee levelled just two minutes later when Jason Martin fired home a well driven angled effort past Swilly netminder Patrick McFadden.
Both had chances to go back in front in an exciting end to the half but it was the Bonagee men who did go in at the break ahead when Jack Murphy's effort from distance somehow squeezed home on 44 minutes.
Swilly needed a quick start to the second half and they started on the front foot and they levelled on 53 when Oisin Coyle neat effort beat Harkin.
Chances came and went for McLaughlin and Dunring for Swilly while Peter Carr went close for Bongee and it was Swilly who retook the lead on 74 minutes when Matthew McLaughlin slotted home after his initial penalty-awarded for handball - was well saved by Harkin.
That sent the large Swilly support into raptures but Bonagee dug deep and responded well and a free kick from Murphy drew them level on 82 before Murphy found what turned out to be the winner on 85 when his long range free kick found its way to the back of the net.
Swilly did everything to try and force a leveller and missed a gilt edged chance with the last action of the game when Coyle failed to capitalise after a neat move involving Durning and McLaughlin.
A great advertisement for the much maligned youth league and credit must go to all parties involved for serving up a superb contest.