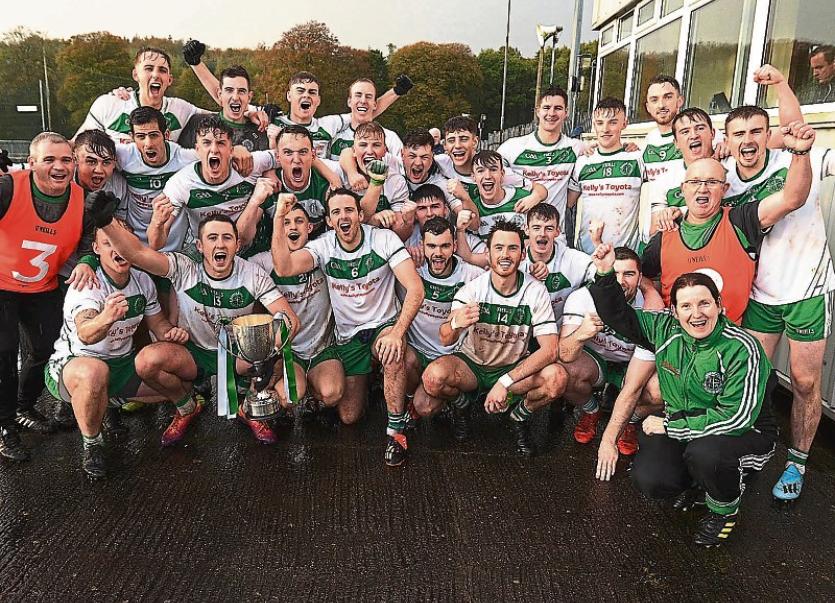 St Nauls, Donegal Intermediate champions, are heading into the unknown on Sunday when they go head-to-head with St James, Aldergrove, the Antrim champions, in Corrigan Park, Belfast. (Throw-in 2.30 pm)

The game is a quarter-final tie in the Ulster championship and a first appearance in the provincial championship since 2011.

Barry Meehan is joint manager with Brendan McCready and Meehan admitted this week they know very little about Sunday’s opponents.

“Other than what we can glean from reports on the Antrim final we know very little about St James,” said Meehan.

“But they are Antrim champions and last year’s Antrim champions, St Enda’s won the Ulster title, before losing the All-Ireland semi-final. We can take it from that the standard of Intermediate football in Antrim is of a high standard.

“The bottom line is they are the Antrim champions and like all county champions, it takes a good side to win a championship and we will respect them as champions.

Daniel Brennan scored 1-3, Stephen Griffin and Peadar Mogan scored 0-2 and Shane Conneely posted 0-1 in St Nauls 1-10 to 0-10 win over Cloughaneely in the Donegal final just over two weeks ago.

“The boys celebrated like all teams after winning the final but we got them back training the following weekend and we had a good week training last week.”

They also came from nine points down to overcome Naomh Columba in the county quarter-final, another of the championship favourites.

And they ran another of the fancied teams Aodh Ruadh to a point in Fr Tierney Park in the second of their group games.

But the joint boss and former St Eunans manager feels his side are well prepared, in good shape and are looking forward to playing in Ulster.

“They are in good shape and looking forward to the final; it really is like starting all over again. It is a matter of going out now and giving the game their best shot and hopefully we will come out on the right side of the result.”

St Nauls have a clean bill of health and Meehan and Brendan McCready have a fully fit squad to select from.

St James bridged a 42-year gap when they defeated Moneyglass, in this year’s Antrim Intermediate final.

The win came after they had been knocking on the door for the last few seasons. They play in Division Two of the Antrim All-County Football League and after being fancied at the start of the year for promotion they finished up in the bottom half of the league table.

They are managed by St John’s clubman, Paddy Nugent, who also coached St John’s to a senior final defeat to Lámh Dhearg back in 2017.

They don’t have any county players at present, but on the back of their good run in the championship it is believed Antrim manager, Lenny Harbinson, is keeping an eye on a number of their players,

Centre-forward Fergal Burke and corner-forward Seamus McGarry kicked the bulk of their scores in the final.

Burke and McGarry along with midfielder Brian McQuillan are likely to be on manager Harbinson’s list.

St Nauls lost to Cullaville, Armagh, in the Athletic Grounds, on their last outing in Ulster back in 2011.

Stephen and Barry Griffin, Conor and Lee McBrearty, Shane Conneely, Stuart Johnston and Cathal Lowther from that team that went down to the Armagh champions backbone the team once again.