THE SPORTING It's 'Déjà Vu all over again' in Donegal final 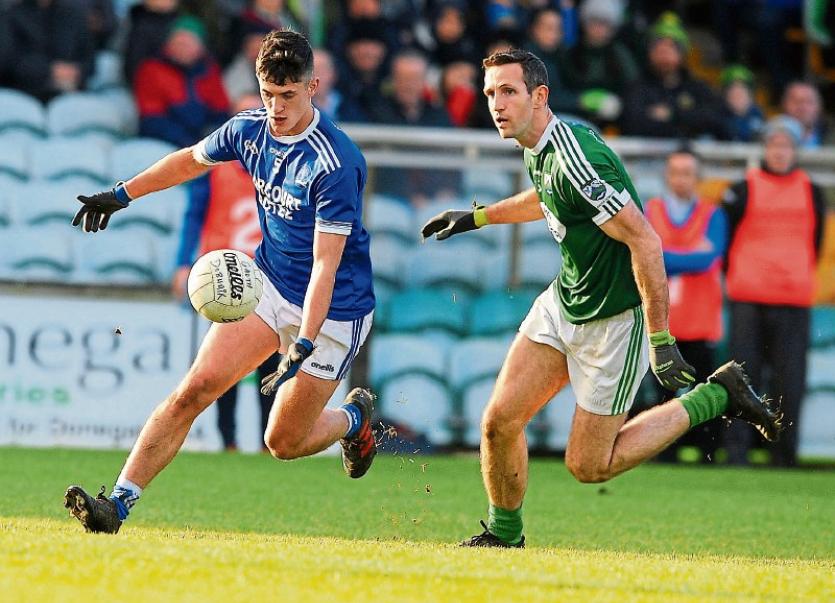 By the time you read this the outcome of the 2019 Michael Murphy Sports and Leisure Donegal senior championship final may well be decided as Gaoth Dobhair and Naomh Conaill met for the third time last night in MacCumhaill Park, Ballybofey.

(By the way congratulations to Naomh Conaill - worthy winners of the Dr Maguire Cup).

Such are the small margins between these two teams that 156 minutes before last night could not separate them.

Whoever prevails in this epic contest will always remember 2019 and there should be a healthy respect between all the players involved.

For the supporters of both sides, it must be both exhilarating and exhausting in the same breath. As the inimitable statistician in the press box Damien Carr says, 'it has had more twists and turns than a breakdance!'.

Just shy of the final whistle in extra-time on Sunday, Harry Walsh, holding a watching brief in the press box, informed us that this would be Glenties' fourth county title. Ethan O'Donnell had put them ahead and they were looking good.

But Gaoth Dobhair found a way. And it was a wonderful crossfield free from Gavin McBride which unlocked the gate. Seaghan Ferry would become the unlikely hero as he pushed forward from defence. McBride could have gone for the point from around 40m, but he elected to pick out Ferry and he made sure that there would be another contest.

Much of the discussion since has been around the format which could see the teams meet for a fourth, fifth, sixth time. It could go on and on.

With the winners due to play Castlerahan of Cavan in Kingspan Breffni Park on Sunday next at 2.30, whoever will represent Donegal will have their chances diminished by the punishing schedule.

Can lessons be learned? Arrangements for the replays of these games have been compiled from game to game. The clubs involved were willing to commit to some conditions, but not others. A second five-minute each period of extra-time could have been included on Sunday last.

There is provision within the rules to have a kicks-contest (five for each side and then sudden death) to decide the issue, similar to a penalty shoot-out in soccer.

Going forward these decisions will have to be stitched into the rules of the competition prior to commencement.

The timetable of games will also have to be looked at. I know that clubs voted to have the leagues completed before the start of the championship, but if by doing that the championship (the premier competition) is squeezed into a timeframe that has no wriggle room, then that must be changed.

In any year that the Donegal senior team are not involved beyond the Super 8s, then at least two Sundays in August will have to be used for championship football.

But let none of that take away from what we have witnessed from Gaoth Dobhair and Naomh Conaill in recent weeks. Hats off to them.

Another D-Day for Harps

Not for the first time Finn Harps face a big night in Finn Park on Friday evening when they host Drogheda United in the second leg of the promotion/relegation play-off.

Being a goal down means they have to produce their best if they are to remain in the top flight for another season. They deserve a full house and there have been some good memories of play-off nights in Ballybofey in recent years. Remember BJ Banda in 2015 and the scenes on the play-off night? Doesn't seem like four years.

Good luck to the Donegal nominees for All-Stars, which will be presented on Friday night in Dublin. There are six Donegal players nominated - three of them first time nominees, goalkeeper Shaun Patton, corner-back Stephen McMenamin and forward Jamie Brennan. The other three nominees are Ryan McHugh, Michael Murphy and Patrick McBrearty.