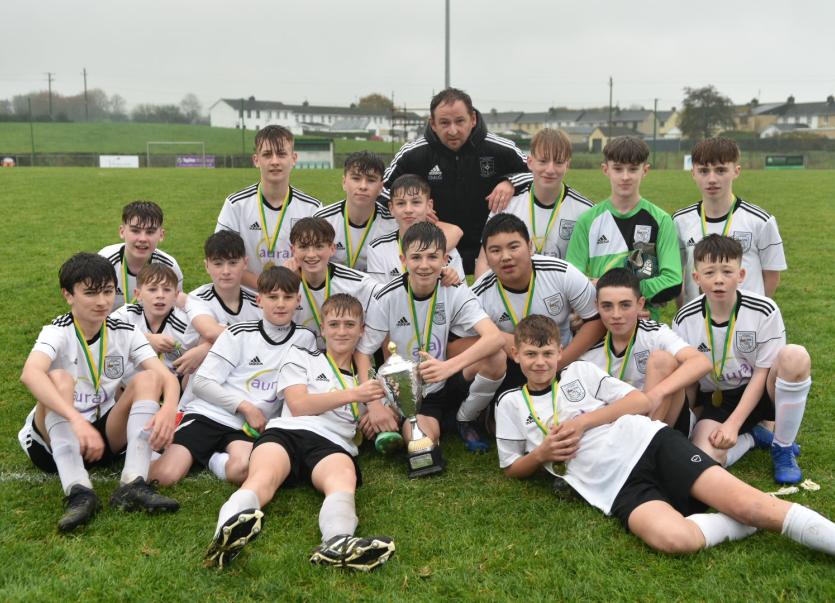 Goals from a brilliantly taken free kick and a penalty gave Letterkenny Rovers a well deserved victory in this final played on a greasy pitch at the Curragh in Killygordon.

Caolan Plumb scored a magnificent first half goal from a direct free kick after 23 minutes, his curling left-footed drive flying to the corner of the net - truly a goal to grace any game.

Plumb almost repeated the feat mid way through the second half from another free kick, this one floated to the top left corner, but it was superbly saved by Erne keeper Ryan Daly.

Erne rarely showed in attack and their defensive set up invited Rovers to attack. Goalscoring machine Robbie Murphy, as a lone striker, had a quiet afternoon with little or no quality ball sent his way for most of the game. Only in the final ten minutes with Rovers 2-0 ahead thanks to a 58th minute penalty well finished by Mark McGlynn, did Erne shuffle their formation and they were a much more potent force when going forward.

Rovers started impressively, they had three early shots on goal and by half time had forced seven corners, from two of these Donal Gallagher and Reid Kelly had two real goal chances.  Close to half time Erne had their only first half chance, from a corner, but it was well cleared while the half ended with Rovers’ Matthew Flanagan unlucky not to score. Erne had a better spell mid way through the second half and began to ask a few questions of Rovers’ defence, they were unlucky not to score when their best player on the day Kian Duncan headed onto the bar from an Eoin Kelly free.

Just as the momentum seemed to be shifting to Erne, a foul on the impressive Luke Parke led to a certain Rovers penalty on 57 minutes, the goal by McGlynn putting his side into a comfortable position and despite a good header from Kelly on 63, Erne never really threatened thereafter. The Letterkenny lads closed them down well, deserving winners by two goals to nil.

Plumb, Minnock, Reid Kelly were impressive, in midfield generally Rovers were on top while Kian Duncan had one of his best games ever for Erne.