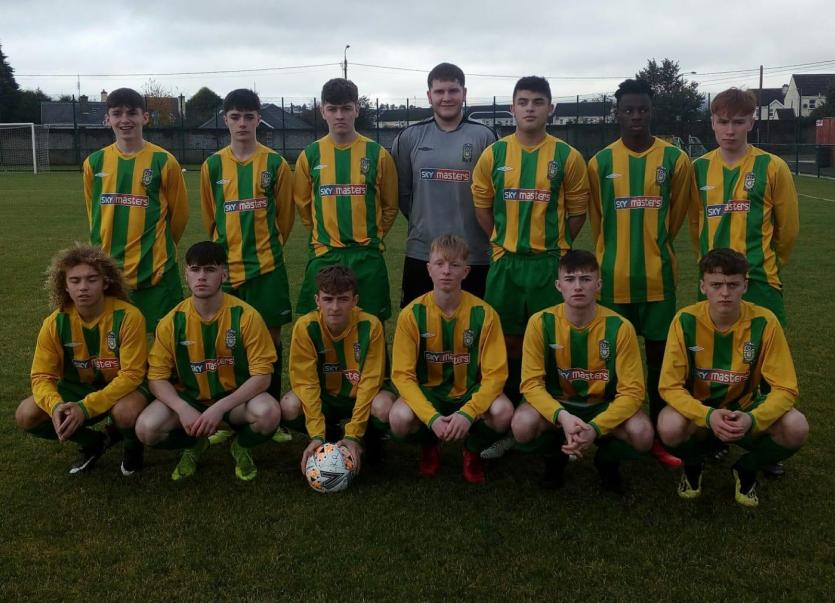 Donegal League Youths got off to the perfect start in this seasons FAI Youth Interleague as a disciplined and determined performance saw them defeat Inishowen 3-1 at Maginn Park on Saturday afternoon.
The initial stages are played on a group basis and this win sets them up nicely for their second game at home to Mayo towards the end of November.
This game didn't take long to get going in what was a dramatic start as Inishowen almost took the lead just twenty seconds in when Caolan McColgan moved through the Donegal defence but saw his shot come off the underside of the bar before Oisin Coyle, who had a highly impressive game throughout, denied the follow up attempt by Cockhill Celtic's Shay McLaughlin.
That was a big let off for Donegal but just 40 seconds later they were celebrating when a driving Leon Doherty effort from a swift counter attack saw them take the lead.
Eamon McConigley's side then looked likelier to increase the lead and came closest through a Nathan Plumb effort which forced Inishowen netminder Kyle Harkin into a superb save but it was Inishowen who did find the net on 20 minutes when McLaughlin finished past Donegal goalkeeper John Matthews with a zipping effort in off the post after a teasing cross from the right from Darragh Gillen.
Jack Dwyer then rattled the bar on 26 minutes while Adam Yisau saw his effort well stopped by the legs of Harkin before Matthew McLaughlin screwed his effort wide while McColgan should have done better when firing over from close range with the goal at his mercy.
The sides looked destined to go in level at the break before crucially it was the visitors who struck just before the break when the industrious Tyler Durning did well on the left before cutting the ball back for Doherty to find the bottom corner with a well placed effort.
The second half was timid in comparison in terms of chances and Inishowen's first real effort of note came just after the hour mark when Darragh Gillen fired just over while Donegal were busy with their best efforts coming from Adam Yisau who was a constant thorn in the Inishowen rearguard throughout the 90 minutes.
Donegal sealed the game on 88 minutes when Durning's mazy run was brought to a halt in the box and referee Eamon Doherty had no option other than to award a penalty which was cooly despatched by Jack Dwyer.
Donegal will meet Mayo on matchday two with the final game in the three team group not until February when Inishowen travel to Mayo.