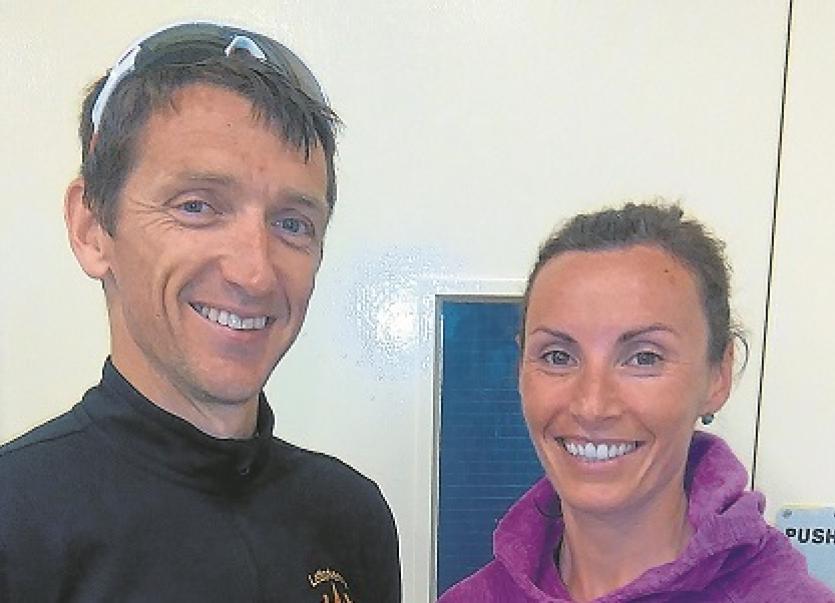 Donegal husband and wife Ciaran and Teresa Doherty are celebrating success on the double this week following their wins at the Donegal cross-country championships in the Finn Valley Centre on Sunday.

The couple, who run with two different clubs, claimed what is a unique double. They are the first husband and wife team to win their respective Donegal cross-country championships in one year.

Ciaran Doherty, who runs in the colours of Letterkenny AC, won the senior men's championship for the first time while Teresa Doherty (formerly McGloin) is a member of the Finn Valley club and she was winning a record tenth senior ladies championship.

“It is a first for me and really it is the first time I was in good shape for the championship,” said the Burtonport fisherman Ciaran.

“Normally, I would be back fishing in September and my preparation would not be the best. But because of Brexit, I haven’t gone back to fishing so my training regime was perfect this time around.

“I also ran the Frankfurt marathon the weekend before last so my marathon training also meant I was in great shape.

“I also went from Frankfurt to Denmark to take the boat (fishing trawler) home and I spent three days on the boat which meant my running was confined to a few short stints on the treadmill.

“It turned out to be the perfect preparation because I was well rested and I know when I stood on the start line on Sunday I was in perfect shape and I knew if I ran as I could, I had a great chance.

“It was good to win it because it was something I always wanted to do. I had come close a  number of times with a number of seconds in the past.”

“I was disappointed to lose last year so I was determined to win it back this year,” said Teresa.