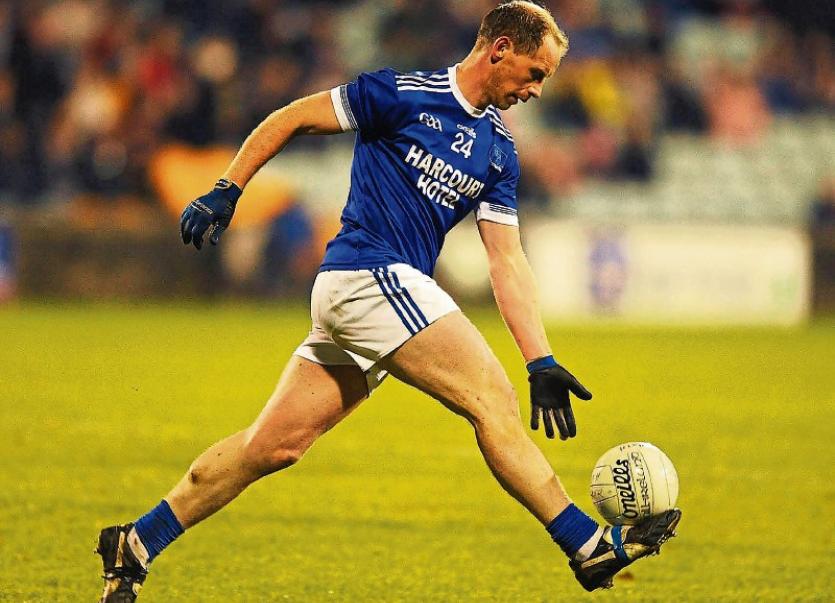 Like a fine wine, Anthony Thompson seems to be getting better as he gets older. On Sunday in Kingspan Breffni Park when Castlerahan were threatening to spoil the party as they cut the lead to two points with time running out, the centre-half-back came to the rescue.

He joined the attack and combined with another veteran, Marty Boyle, to fire over Naomh Conaill's point for a three point lead.

It proved to be the last score of the game and it's importance was not lost on the travelling Naomh Conaill support, who have been talking about the great form shown by their leader throughout the year.

But Thompson was playing down the point says he "was just glad to see it go over."

It was a huge week for the All-Ireland winner and also for the Thompson family with brother Ciaran captain this year.

They went to Cavan on Sunday after a hectic couple of weeks and were going into the unknown as they hadn't any time to prepare for the challenge of the Cavan champions, Castlerahan.

"We knew very little of them (Castlerahan). We weren't looking past Gaoth Dobhair, whatever came down the line. We went on about our own business and thankfully we got over the line (today)."

Naturally, they were tired, but the spirit shown in overcoming all comers in Donegal, even when they were written off, again shone through."We had the big games during the week and it was probably always going to happen. We started very well in the first half. They came into it at the end of the half, but we started the second half very well again and we got up a good enough lead. But they came again with a massive drive. Thankfully, we had enough of a lead built up. We probably did die a wee bit and the legs were a wee bit tired. But we put in a massive week there so it was to be expected.

"But we have two weeks now to recover for the next game and we will just be going at it again," said Thompson.

Anthony is a former winning Donegal captain and he agreed that the goal in the first half by the current captain and younger brother, Ciaran, was a defining moment.

"It was huge. We had a good wee spell there and it was a good move and Ciaran took it well. I think we had a chance before that too and the keeper brought off an excellent save. But goals win games, that's the saying.

"We weathered a wee bit of a storm at the end of the second half but the boys ground it out as they do."

He paid tribute to the huge support which the parish have given the team, not just this year, but throughout the years.

"It means so much to have the crowd. They travel, but we seen that too in Donegal, they always support. They keep shouting and keep roaring and we can't thank them enough."

And Thompson and Naomh Conaill are not satisfied yet. Their sights have been set now at a higher target.

"We won Donegal; that was the main priority at the start of the year, but now there is another cup to win and we're going to do everything we can. Gaoth Dobhair showed last year what can be done, and I think we can take a wee bit bit of confidence from them but we have a massive battle ahead," he said.