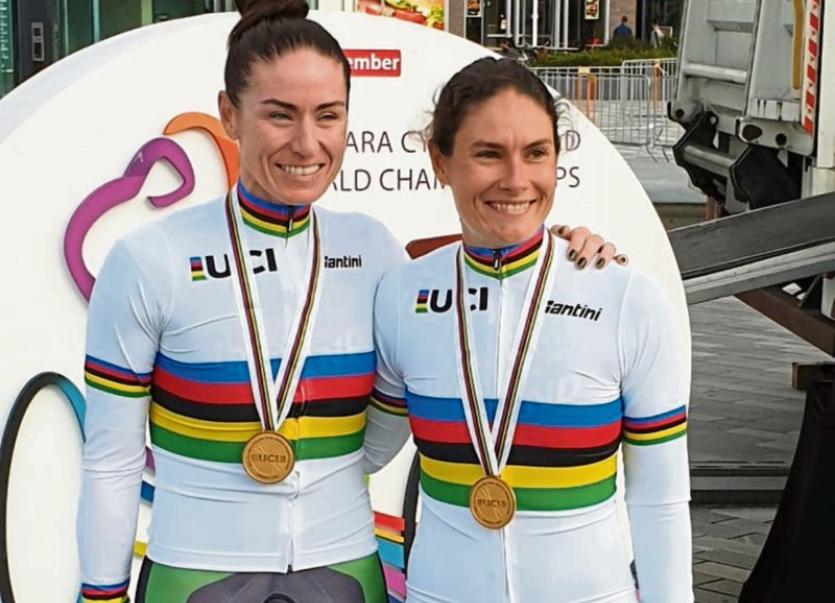 It might sound simple. As No 1 in the world Katie-George Dunlevy and her tandem partner Eve McChrystal are favourites to retain their Paralympic time trial cycling title in Tokyo next year.

Going on form and recent results, the pair should again do Ireland proud and retain their Olympic title.

Dunlevy, whose father, John is a well-known Mountcharles native, has been at the top of her sport for some four years now, winning the Paralympic title in Rio in Brazil and she is the holder of three World time trial titles, including the most recent in Holland in September.

Katie-George is now a frequent visitor to her father's native area and is a well-known face at sporting events. Her most recent visit saw her make the presentations at the 'Round The Houses' cycle race in Ballyshannon in October.

Her preparations are now beginning in earnest for the Tokyo Olympics with races and warm-weather training with the first target the retention of their World title which is being held at the end of January in Canada next year.

However, Katie-George and Eve have one concern in their build-up to what will be their biggest year of competition. They need a new bike in order to compete on a level playing field against the competition, who all have up to date equipment.

Cycling Ireland provide some back-up, but there is a shortfall and it vital for these two world-class athletes that they can find the funding to get the required bike to defend their title. At that elite level, every millimetre is vital and with advances in technology all the time.

Just looking at her profile in the sport over the last eight years makes very interesting reading. Over that time she has risen to the top of her sport winning gold and silver at the Rio Paralympics in 2016 as well as the three World Championships.

Anyone who wants to find out about her preparations and how much it costs can visit her website kgdunlevy.co.uk.

Funds are the main issue in the preparation and with chances of Paralympic gold very high, she will welcome any help that is available.