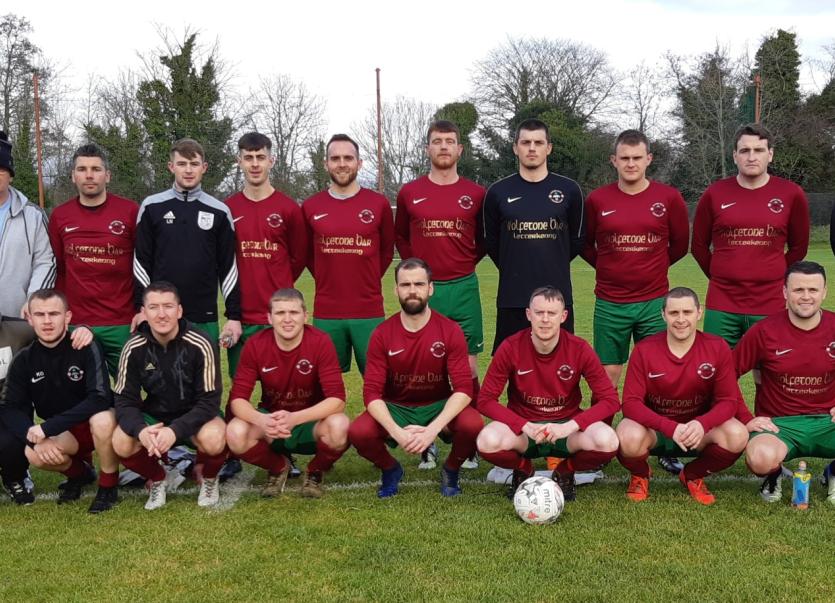 Donegal Town remain unbeaten and top of the Glencar Inn Saturday Division One with a hard-fought win over Oldtown Celtic at the Hospital Field.

In a game of three penaltyes, it took a brace of penalties from Barry Mulligan to get the Donegal Town side on their way after they were hit with a goal of real quality on six minutes.
Ronan Curran picked the ball up just outside the box and curled a beauty into the top corner.
It took the home side some time to recover but a magical moment from Joe Stitt saw him put Gary Ward through and he was brought down on 12 minutes and Mulligan fired home.
Both sides had half-chances before Town took the lead on 40 minutes. Joe Campbell and Gary Ward were involved as they won a corner and JP Byrne got a touch on from the corner and Barry Mulligan's effort for goal was blocked and the referee deemed it hand ball, which looked harsh. From the spot Mulligan found the same side of the net for a 2-1 half-time lead.
Oldtown were unlucky not get on terms on 51 minutes when Sean Cleary got his header to a corner and it came back to safety off the crossbar.
Joe Stitt, lively at centre-forward, was just off target but the No 9 had Donegal's third on 57 minutes following a corner. Gary Ward gets most of the credit as he chased a long ball and won a corner. From the corner Mulligan headed against a post but Stitt was alert to fire home the rebound.
And Gary Ward got the goal he deserved five minutes later when he got in between a defender and the 'keeper to guide home a fourth goal.
Joe Stitt was deprived a second by a very marginal offside call and then Donegal had to withstand a strong Oldtown late rally. They cut the lead with a Sean Cleary penalty and in the seventh minute of added time Charles Crieve somehow managed to miss a sitter while Sean Cleary fired over late on.
The win puts Donegal Town in a very strong position at the top of the table, seven clear of Keadue and nine points clear of Oldtown, who have a game in hand. They are a well balanced wide with JP Byrne and Noel Gavigan providing experience at the back; young guns Joe Campbell and Joe Stitt are vital cogs with Barry Mulligan and Ciaran O'Reilly providing a strong platform at midfield.