Letterkenny Rovers Youths into last sixteen after win over Greystones 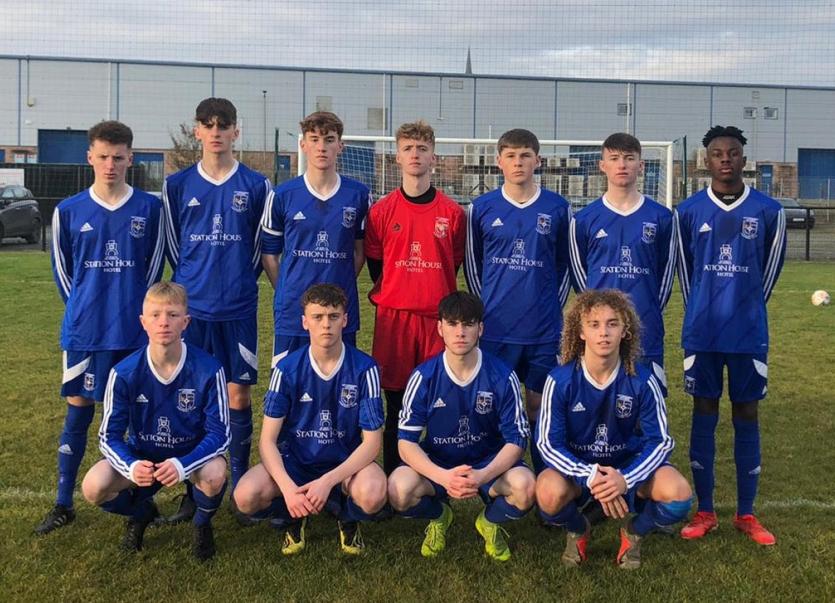 Letterkenny Rovers pulled off one of their most notable results in an illustrious youth history when defeating DDSL side Greystones 4-1 in an absorbing encounter at Leckview Park on Saturday afternoon.
The win for Rovers means they book a last 16 date in the competition which is scheduled for mid January.
The Wicklow based side came with a growing reputation and the opening exchanges saw them boss possession and they will wonder how they failed to find a way past Matthew Whoriskey in the home goal.
Greystones in the early exchanges were easy on the eye and seemed to cut through Rovers at will and they came close through Jack O'Connor (twice) and Mark Cullen while Whoriskey was called into action to deny the highly impressive Conor Fulham on two occasions.
Rovers, though, were dogged and after a very hesitant start starting to gain some sort of foothold but took the lead with their first meaningful attack on 19 minutes when Jack Dwyer recycled possession from his own corner before finding Kieran Tobin whos inviting teasing cross was met by the inrushing Kaelan Dunleavy who fired an unstoppable header past visiting custodian Jack O'Sullivan.
Cullen then blasted wide on 35 minutes as Greystones searched for an equaliser before the break but it was the home side who were in dreamland when doubling the lead on 38 when Dwyer powerfully headed home a well delivered corner from Gavin McGee before extending the lead less than two minutes later when Nathan Plumb pounced on a defensive error to neatly fire past O'Sullivan.
That ought to have been game,set and match for Anthony Gorman's men but they made life difficult for themselves when being reduced to ten men on 56 minutes when Dwyer was sent off having received a second caution from referee Marty McGarrigle.
That stoked the fire of the Wicklow men who sensed an opportunity although they did survive a huge penalty shout when Adam Yisau went down in the box but the referee adjudged that no foul had been committed.
Chances came and went for Greystones from a defleted Cullen effort and Fulham shot just wide while Cullen also came close with a header before they did reduce the arrears on 70 when Fulham latched onto a long punt from defence and outwitted Whoriskey before firing into an empty net.
A comeback looked on but any chances of it being achieved were snuffed out just three minutes later when Kelan Collier slotted home a penalty after sub James Kernan was upended in the box,.
Greystones huffed and puffed for the remainder of the contest and forced home keeper Whoriskey into two excellent stops but having worked so hard for the win Rovers led by man of the match Dunleavy were in no mood to surrender their advantage as they booked their passage to the next round.