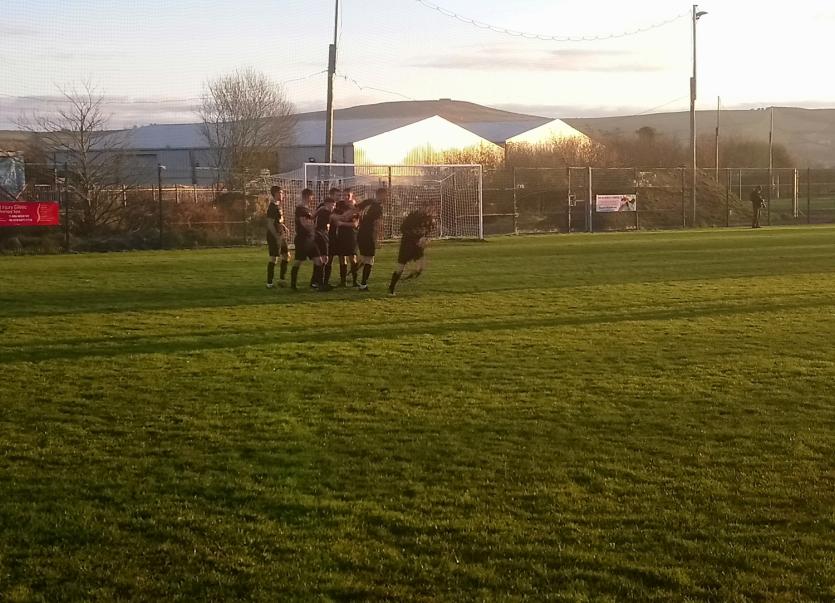 The Glengad players celebrate their victory at Lakeside

Glengad Utd moved to the top of the premier division table after defeating league leaders Aileach at Lakeside on Sunday.

In a scrappy, physical encounter, there were few chances in the first half.

Glengad striker Terence Doherty drew a good save from Aileach keeper Kyle Dougal in the early stages, but defences were on top from then on.

Aileach eventually made the breakthrough on the stroke of half time, Gareth McGlynn heading home Ethan Canning's curling cross.

Aileach were the stronger in the opening period of the second half, but Glengad upped the pressure and equalised on the hour mark when Doherty struck to the top left corner from a narrow angle.

And the men from the Crua increased their lead on 77 minutes when captain John Gerard McLaughlin nodded a corner home at the back post.

Aileach grabbed a lifeline on 89 minutes when Paddy Slevin's strike brought them back to 3-2, but Glengad held out to seal a crucial victory.