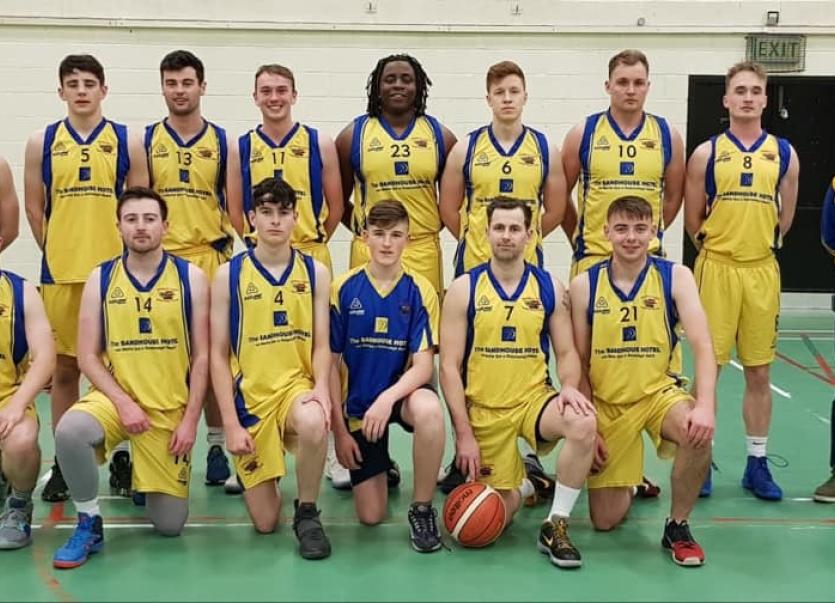 Donegal Town Basketball Club notched up their sixth win in-a-row when they hosted Sligo All Stars on Saturday night in the Abbey VS gym.

In a very competitive and enjoyable game Sligo got off to a fast start thanks to American Cullen Donovan, who was a big threat all night. However the duo of Paul McHugh and Dillon Muldoon showed the high standard of basketball present in Donegal with score after score to keep Donegal in front.
Sligo All Stars struggled in the second quarter with DTBC’s full court press forcing them into numerous turnovers leading to fast break points for Dylan Kennedy. Patrick Reid was a big presence inside with relentless effort fighting for every rebound, this defence effort led to DTBC leading 37-25 at the half way with Sligo only scoring nine points in the second quarter.
The third quarter was a battle of the centres with Jason Duignan causing serious issues for Sligo, scoring in the post or getting fouled which resulted in him converting his free throws. D O’Boyle, the big man for Sligo, was putting in work at the other end keeping Sligo in the game.
The fourth quarter was a physical intense battle with both teams getting into foul trouble. However Dillon Muldoon and Paul McHugh made big shots to ensure DTBC came out victorious. This was the club's 6th win in-a-row staying top of the league.
DTBC are having their annual table quiz at 9:30pm this Friday night in Doms Pier 1. We hope all supporters can come along and join the coaches, parents and players for a enjoyable night.
DTBC Scorers: Dillon Muldoon 27; Paul McHugh 26; Jason Duignan 13; Dylan Kennedy 10; Patrick Reid 4; Darragh Griffin 2.