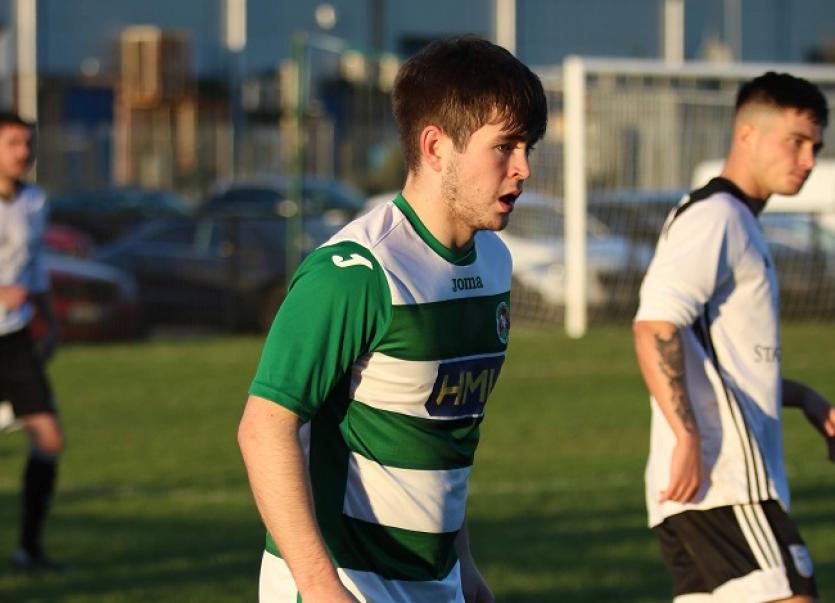 Cockhill Celtic advanced to the next round of the FAI Intermediate Cup, beating Midleton 2-1 away from home in their replay. Laurence Toland and Stephen Duffy netted the goals for Cockhill.

Knockalla Caravans Senior Cup
Derry City Reserves 1
Kildrum Tigers 0
Jack Coyle scored the winner as Derry City Reserves defeated ten-man Kildrum Tigers in a Knockalla Cup quarter final at the Ryan McBride Brandywell Stadium.
Derry beat Milford on Friday in the first round.
The quarter-final was scoreless at the half time.
Kildrum were reduced to ten men in the opening period after Ryan Higgins was sent off.
Coyle flicked home from close range midway through the second half to win it with the only goal of the game.

Bonagee United 1
Finn Harps Reserves 0
Knockalla Caravans Cup holders Bonagee United progressed to the semi-finals of this year's competition with a single goal victory over a decent Finn Harps reserves side at Dry Arch Park,
A first half goal from the penalty spot by Michéal Doherty was all that was between them at the end, although Harps had plenty of the ball without creating as much as they would've liked.
Harps had the first real opening on four minutes when Corey McBride got through, only for Eugene Ferry in the Bonagee goal to deny the visitors the opening goal.
At the other end, just shy of the half-hour, Ryan Rainey did brilliantly to avoid a couple of challenges and cross to Doherty, who could only manage to hit the crossbar with the goal gaping.
However, Bonagee were to hit the front on 32 minutes when they worked a short corner and with Robbie Hume and Doherty combining, the latter's cross was into the area and referee Vincent McLoughlin adjudged that Rian Aikpantyi handled.
The Harps defender was unfortunate as the ball appeared to rebound off his body onto his arm. Doherty converted.
Pat Loughrey of Harps, on 35 minutes, did well on the left and Stephen Doherty's cross found Niall McGinley, who couldn't get his header on target.
The hosts were 1-0 up at half-time.
There weren't so many openings in the second half, although Harps' Gabriel Aduaka, volleyed at Ferry following a cross from Jack Doherty 16 minutes from time.