Time to reflect: Did Harps get enough credit for the 'Great Escape'

Donegal club took 16 games before they won a Premier match 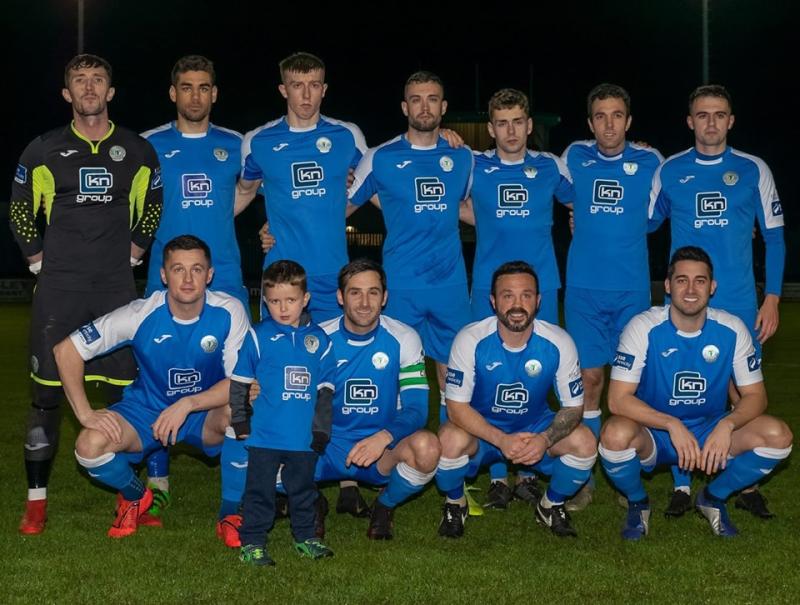 Finn Harps will have a much changed line-up in 2020

A cursory glance at the end of season table shows that Finn Harps filled the relegation play-off position.
And in years to come, it may well be forgotten just how big an achievement that actually was.
Indeed, to end up some nine points clear of UCD - who were automatically relegated - and to defeat Drogheda in the two-legged play-off marks one of the most remarkable turnarounds in the history of the League of Ireland.
The fact is that Harps played 16 league games in a 36 match programme before they registered their first win of the Premier Division season.
Their houdini-like escape was certainly on a par with the Bray Wanderers' mini-miracle in 2010 when they scrambled into the play-off (which they won against Monaghan) having managed just one win in their first 21 league games.
But perhaps it was no real surprise, at least not for manager Ollie Horgan and his assistant Paul Hegarty.
Early on in the season, even when they were coming out on the wrong end of the scorelines, the management were still hopeful that things could be turned around.
Aside from a few occasions – like the 3-0 defeat against Shamrock Rovers and 4-0 drubbing in Waterford – Harps were contesting games well and frequently losing by the odd goal.
Indeed, defeats like the 4-3 one at home to Cork, suggested that better times would come.
There was also the encouragement of a 1-1 draw against eventual champions and EA Sports League Cup winners Dundalk in the first home game of the season.
Granted, the Lilywhites were only moving into gear (and the subsequent games against the Louth side all resulted in comprehensive defeats) but it was still nevertheless a valuable point on the board.

Players
One of the most interesting aspects of Horgan's reign has been his ability to prolong the careers of a number of vastly experienced players who appeared to be hanging up the boots.
In 2017 former Derry City captain Barry Molloy was persuaded by Horgan to give senior soccer one last season. While he missed much of the middle of the campaign through injury, he played an invaluable role in the latter part.
In 2018, it was Paddy McCourt who Horgan got to give it one more year. Again, injuries curtailed performances, but once more he was a key figure and fittingly ended his career on a winning note in the play-off in Limerick (albeit having to come off injured).
And in the season just passed, it was Raffaele Cretaro who fitted the bill. Having played a record 531 games for his beloved Sligo Rovers, the ink had barely dried on the news that his days were over with the Bitu o' Red when it emerged that Horgan has snapped him up. Cretaro's experience, leadership (he even captained the team a couple of times ) passion and encouragement to young players was hugely significant.
Getting players to relocate to the north-west to play for Harps has long been a big issue, even taking the financial side out of it. Horgan has cast his net far and wide in the trawl for players.
To get the likes of Australian Harry Ascroft (who had been playing in Malta where he knew Harps' Jacob Borg, who signed the season before) and American Joshua Smith (who had been playing in Germany) is almost mind-boggling, not least to those in other clubs in the league. The facilities at Finn Park - still a throw-back to the 1970s - the lack of finance and the geographical disadvantages of being in the north-west mean that Harps is hardly the most appealing of clubs to join for someone from outside the county. Hence, the Horgan factor and his ability to sign players.

Games
The season began with a 1-0 defeat away to Bohemians, at Dalymount Park – a ground where Harps have not won since Jonathan Speak got the only goal back in 1999.
But having picked up draws against Dundalk and St. Patrick's, Harps then had TEN successive defeats. It looked bleak.
Having been installed as the favourites for the drop even before the first ball was kicked, barely a month had elapsed and many observers were of the opinion that Harps were doomed.
There was a brief uplift with a league cup victory over Sligo Rovers (on penalties) and then a narrow 3-2 defeat at home against arch-rivals Derry City.
But it was worrying times as defeats against Bohemians, Dundalk and St. Patrick's Athletic left Harps drifting on the bottom rung of the ladder.
However, the season began to turn for the better at the end of April when Harps drew 1-1 away to both Sligo and Cork City.
And they followed that up with a resounding 3-0 first win of the season at home to UCD on May 3rd in a proverbial six-pointer.
Having been eight points behind UCD, there was suddenly light and a 3-2 victory against Waterford the following week was crucial in instilling a belief that the fight to avoid the drop was very much still on.

Run-in
But Harps then lost four league games on the trot before a massively important victory against Sligo at the end of June and a 0-0 draw with Cork.
While they lost 1-0 to UCD at the Belfield Bowl, Harps responded with a first away (and only away win) of the campaign in Waterford – a real turning point - followed up by a rare home win over Derry City and a further confidence booster against Europa League spot chasing Bohemians in August.
From there to the end of the season it was a straight battle between Harps and UCD to avoid last place, and automatic relegation.
Defensively, Harps tightened up and while first choice goalkeeper Ciaran Gallagher missed the bulk of the season, Mark Anthony McGinley, who played in all bar one of the games after May 27, certainly played his part with eight clean sheets.
Cork and Waterford were both briefly just above the relegation zone quagmire but in the end finished comfortably above the drop area.
Ultimately the scoreless draw at home to UCD in early October and victory in the last home game, against Waterford, paved the way for Harps to end up second bottom, and into the Promotion/Relegation Final play-off.
For the third time in his Harps managerial career, Horgan presided over a play-off success. The margin was narrow, a 2-1 aggregate success over Drogheda United. It could well have gone the other way.
So, Harps have stayed up – and defied the odds once more.
Huge credit must go to all involved.
But come the start of January, it will all start again – and another battle to stay with the elite.