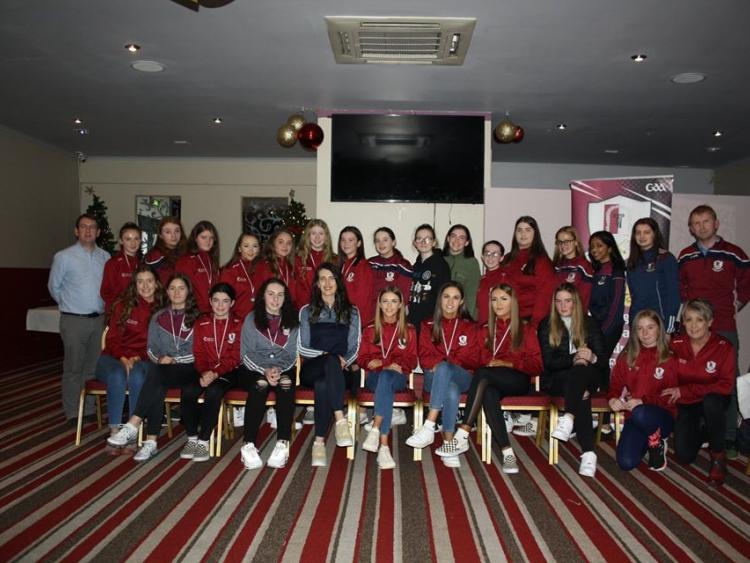 Another busy season at underage was celebrated on Friday evening as Letterkenny Gaels Ladies Board hosted their annual presentation of awards.

Players, coaches, mentors and family members gathered in Arena 7 for the end of year event which brought the curtain down on a hugely enjoyable 2019 campaign.

Special guests were Donegal and Termon player Emer Gallagher and the chairman of Donegal Ladies County Board, Seamus Herron.

Among the other guest speakers was the recently elected chairman of the Letterkenny Gaels Ladies Board, Peter Cutliffe.

Peter congratulated the various teams, their coaches and everyone in helping to ensure that ladies football continues to flourish within the club. 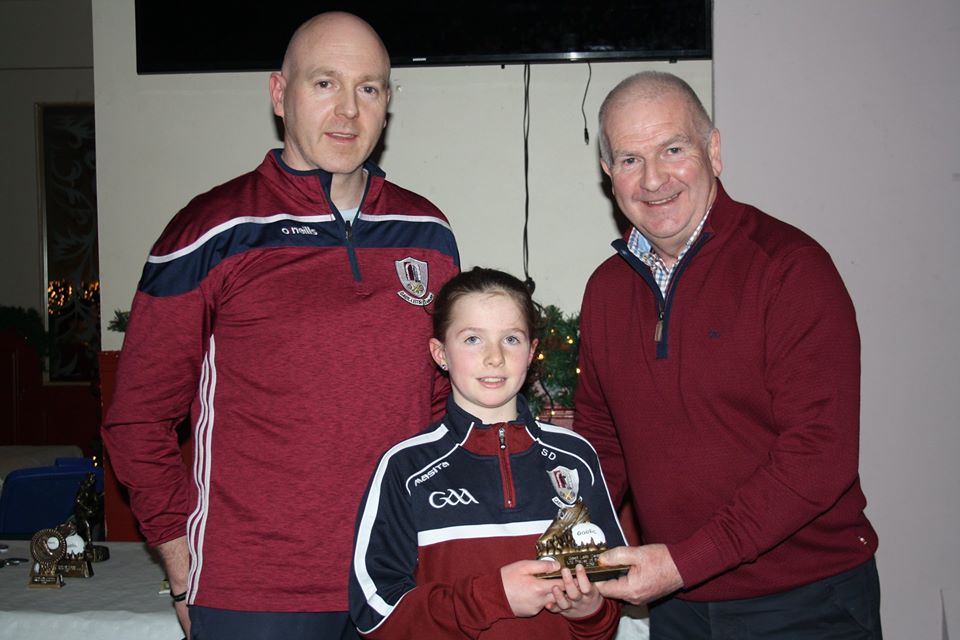 He said the big crowd at the awards night was an indication that the club has a bright future.

The awards in each category were presented by Seamus Herron and Emer Gallagher and club coaches Conor Crossan, Michael O’Connor and Diarmaid Doherty gave a brief run-down on each team’s campaign during 2019.

Special awards were also presented to Natasha Tinney (U-13) and Clodagh O’Connor (U-14) to mark their selection on county squads. 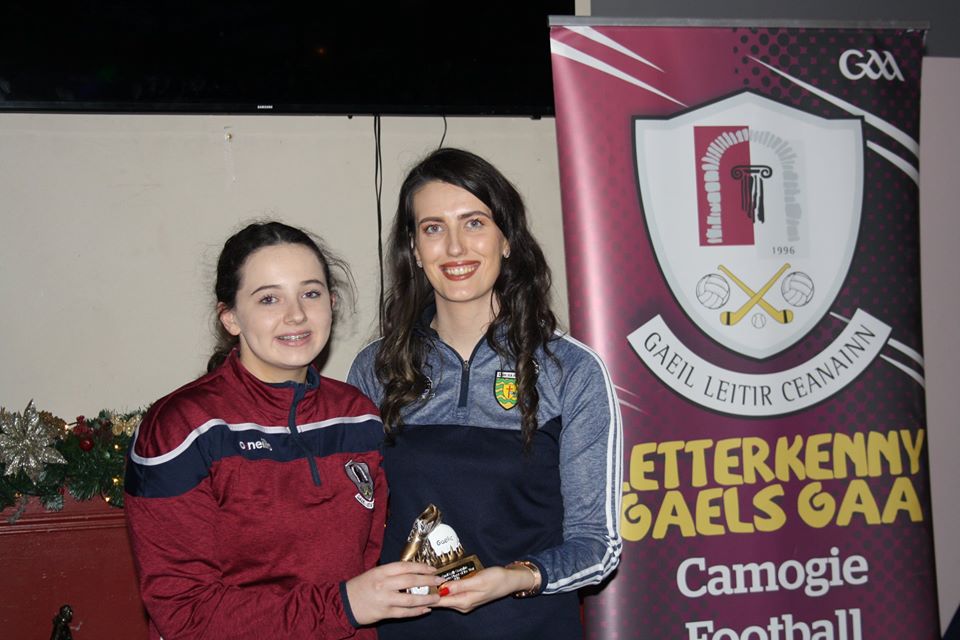 The U-14 side were presented with their league runners-up medals. They were beaten in their league final by Naomh Columba back in May.

Presentations were also made to the coaches and club mentor Eileen Tinney, as a thank you for all the work they did with the various teams during the season. 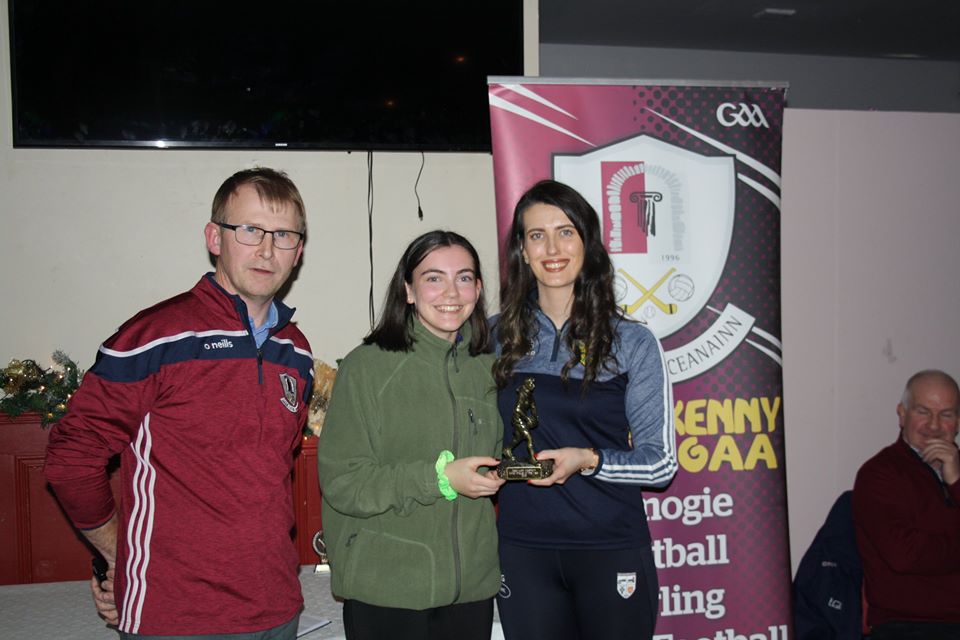 Player of the year: Natasha Tinney

Players’ player of the year: Andrea Cutliffe and Louise Doherty

Player of the year: Amy Hegarty 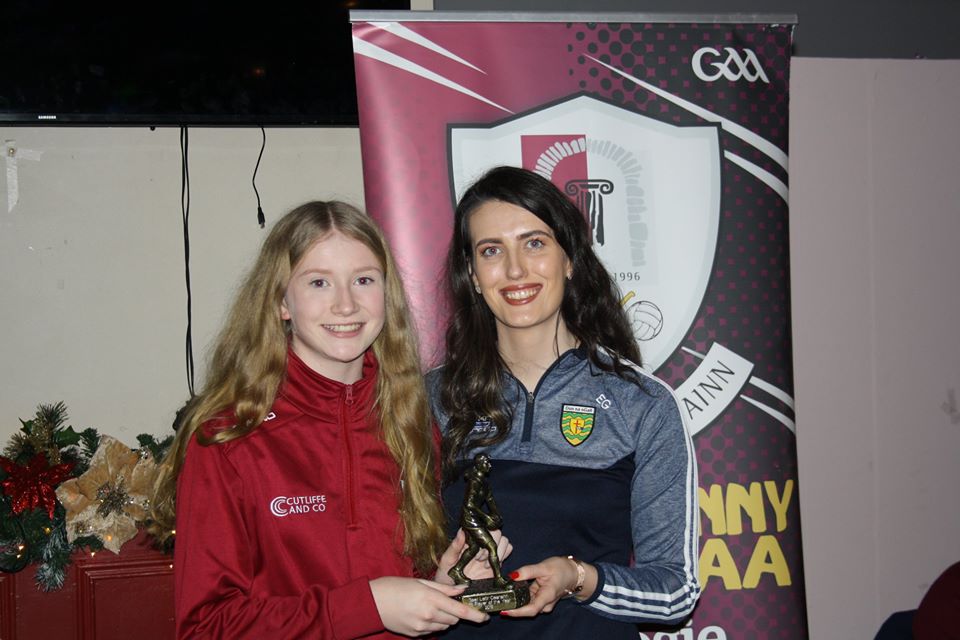 Clodagh O'Connor, U-16 player of the year, is presented with her award by Emer Gallagher

Player of the year: Clodagh O’Connor

Most improved player: Ellie May Canning

Player of the year: Clodagh Sweeney 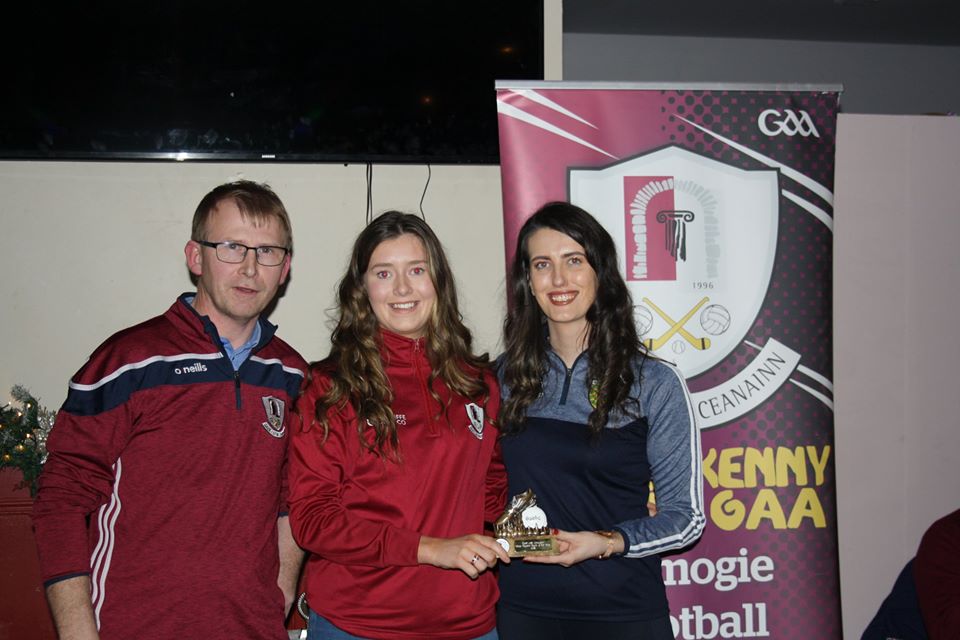