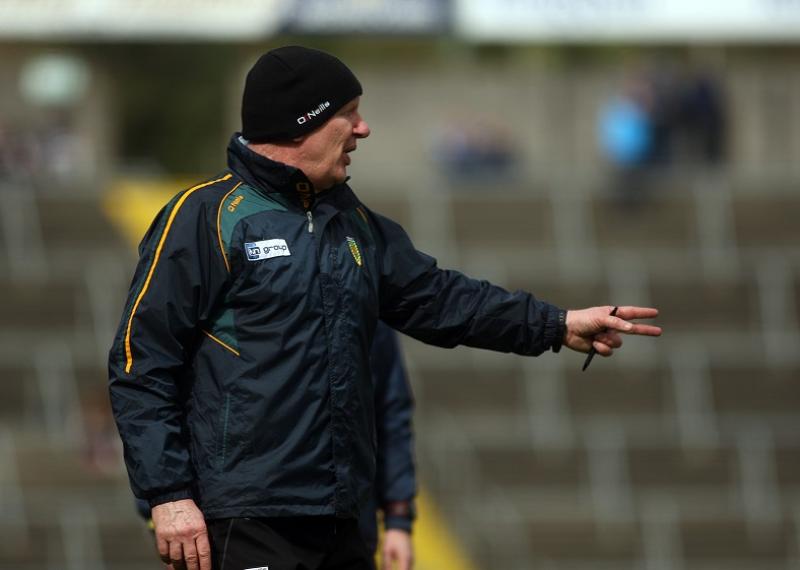 Even if Donegal beat Derry in Wednesday’s Dr McKenna Cup tie and qualify for the semi-finals, they will have a decimated squad.
And the county will be under pressure to “field a team” as up to 12 players will be on Sigerson Cup duty next Sunday.
“It’s pure madness,” blasted Tir Conaill team boss Declan Bonner.
Add in the fact that Hugh McFadden, Niall O’Donnell, Odhran McFadden Ferry and Eamonn Doherty are victims of the serious 'flu bug which has prompted team boss Declan Bonner to launch a strong attack on the scheduling of the inter varsity competition.
Fresh from Sunday’s narrow win over Monaghan, Donegal now prepare to take on Rory Gallagher’s Derry on Wednesday in Celtic Park
“In terms of numbers it is going to be difficult.
“Yeah, some lads are down with 'flu, some lads are recovering, and some lads are in rehab, there is a lot of stuff going on.
“But if we do get over Wednesday night we are looking at 12 or 13 players playing Sigerson Cup next Sunday, that won’t be available.
“We might not even have a team to play, but that is just the way it is.
“It is pure madness how the fixtures are coming.
He added: “Something has to be done, something has to change because there is no way that this possibly can continue.
“You are looking at a lot of those lads playing three games in six or seven days.
“It is very difficult at this time of the year and you talk about player welfare and player burn out.
“Either the McKenna Cup or the Third Level, something has to change.
“It is just not feasible.”
So should it be an either-or situation?
“We have a very young squad and all of those lads are playing at Third Level.
“So something needs to give and we know that if we do get over Derry we won’t have those guys because they will be playing Sigerson and that is it.
“We will have to manage some way and you can’t force the likes of Neil McGee or Michael Murphy into action either as they are on a planned schedule of return.
“You are in danger of picking up injuries and we have handled Michael and these guys pretty well over the past few years and that is the way it is going to be.”
And the players who will be lining out for their colleges next Sunday are, by definition, not able to impress their county manager as they seek to break through into the senior squad.
“I think the Sigerson should be played out at the end of the year in November/December, before the Dr McKenna Cup starts.
“It is very hard for these lads to serve two masters.”
Reflecting on the narrow win over Monaghan, Bonner said:
“It was good to get young lads game time there and that is what it is all about as we have January 25 on our mind for the big NFL clash against Mayo.
“We have to be ready for that.”
He added that Donegal showed good character in coming back from a five points defecit in the opening half to come away with a victory.
“We started slowly enough and got it back to two points at the break.,
“I thought we played much better in the second half, got the goal and then lost Brendan McCole and Michael Langan which meant we were down to 13 men for the last few minutes.
“And we made things a bit difficult for ourselves but I thought we deserved to win.”
Bonner added that Brendan McCole’s first yellow card was a silly one to concede.
“I would be disappointed that we then went a man down in those circumstances.”
But he was pleased with the contribution of the debutants.
“Daniel Clarke, Conor O’Donnell, Andrew McClean and Ethan O’Donnell all got game time as well as a few lads back in which are adding a load of energy to the group.
“That is important.”
On the new rules he said there was no real need to change and he is clearly not a fan of the forward mark.
“It is well documented how I feel about the rules.
“The game has been developing very positively over the past 12-18 months.
“Yes you defend in numbers but you also attack in numbers and the forward mark is confusing.
“There was one in the first half where a Monaghan player did not put his hand up and our defenders stopped so they were entitled to tackle him.
“It is confusing, and it is difficult enough for referees without throwing more things at them.”
Donegal did prevail, but it took a last gasp penalty save from Shaun Patton to see them through for an “important victory”.
“Psychologically it was very important for the group to come out with a victory.
“We had a few goal chances to put the match away that Jamie Brennan was unlucky not to convert.
“The penalty was well saved and Jeaic MacCeallbhui threw his body on the rebound, but on the balance of play we deserved to win.”
And now it is Derry on Wednesday.
“Yeah, some lads are down with 'flu, some lads are recovering, and some lads are in rehab, there is a lot of stuff going on," said Bonner.