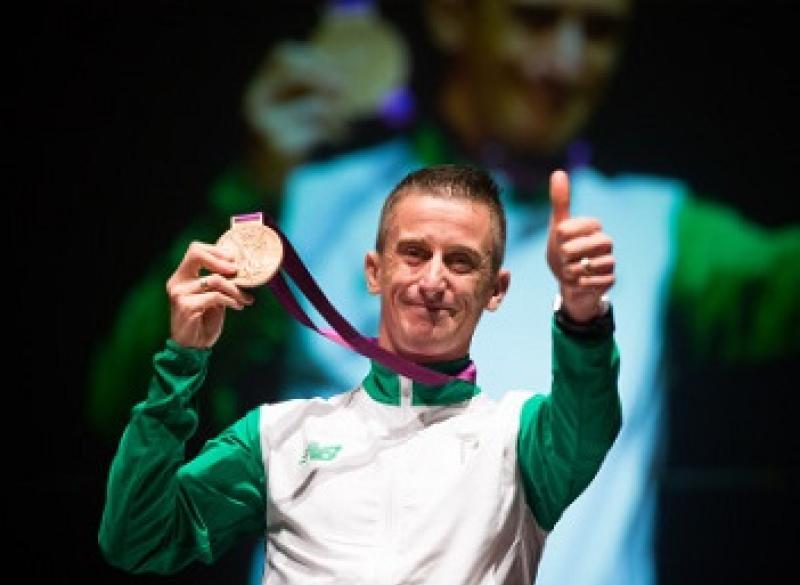 The Donegal Sports Star Awards celebrations have always managed to attract some of the top names in Irish sport as special guest. This year will be no different.

Former Irish Olympic race walker Rob Heffernan will be guest of honour at the 2019 awards which take place on Friday, January 31 in Letterkenny.

The awards were officially launched this evening at a special event in Letterkenny’s Mount Errigal Hotel during which awards committee chairperson Grace Boyle revealed the name of this year’s special guest.

“To be fair, there are very few people in Ireland with an Olympic medal, but Rob is one of them,” she said.

“He has appeared in five Olympic games and is a World gold medal holder as well having won back in 2013.

“He was an exceptional athlete in Ireland continues to be very involved in the sport. Our own Brendan Boyce continues to receive support from him.

“‘We’re delighted that Rob has agreed to come up to Donegal for the event.”

Monday night’s launch in Letterkenny drew a big crowd during which each of the individual award winners from 1979 (40 years ago) were honoured with special presentations.

The overall sports star award winner that year was Danny McDaid and the Letterkenny athlete took the opportunity to congratulate and thank all those involved in awards committees over the years for the part they have played in its success.

Also in attendance was the Chief Executive of Donegal County Council, Seamus Neely and the Cathaoirleach Nicholas Crossan.

The council is the chief sponsor of the awards and the authority’s continued support was praised by each of the speakers.

During a wonderful speech which concluded the evening, Myles spoke of how important sport is to so many people in this county and offered a special word of praise to all the volunteers, coaches and club members who have given so much of their time to different sports over the years, ensuring that so many people in Donegal can continue to enjoy participating in their favourite sports.

Tickets for the awards night in on January 31 are now on sale from the Mount Errigal Hotel reception.