'Starting 11 will be strong no matter what', says manager 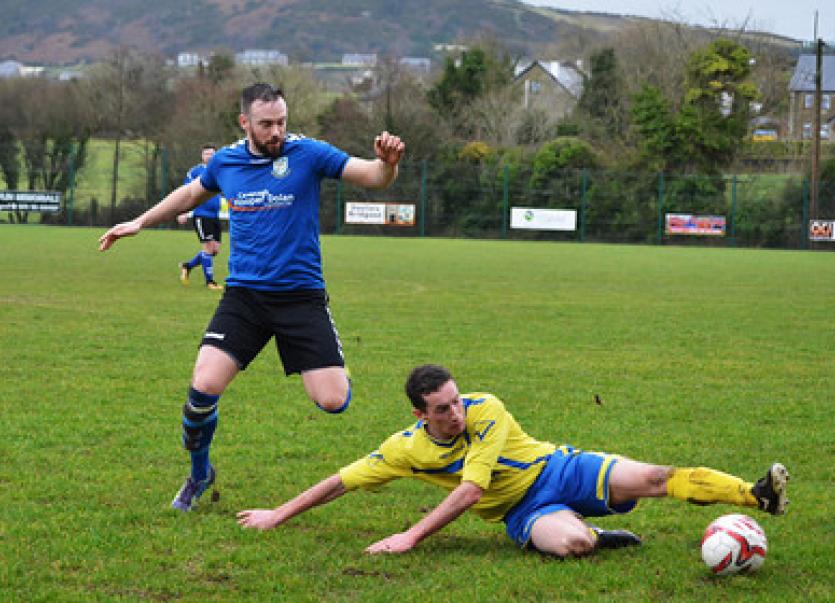 Greencastle FC will not be at full strength for their crunch FAI Junior Cup clash- but confidence remains high, their manager insists.
Centre half and captain Mark Henry, midfielder Gerry Gill and versatile defender Michael Barr are all doubts for Sunday's last 32 clash with Tipperary side St Michael's - the holders of the trophy.

There are also question marks over Ciaran Moore and Ritchie McElhinney, but boss Kevin McLaughlin is no stranger to having to do a juggling act with his players.
He told Donegal Live: "I've been dealing with this most of the season.
“We've had major issues with our defenders so we've got used to having a mixed defence and players being used out of position.
"But even if we go into this match with a weakened bench, our starting 11 will be strong.

"We've held Letterkenny to a 1-1 draw in the Knockalla Cup - only going out on penalties - and beat Mervue in the last round of the junior cup.
"In both those games we had issues with numbers but managed to cope, so I'm feeling positive about our chances against St Michael's."

McLaughlin spent part of the festive season in Laois and took the opportunity to drive to nearby Tipperary to watch Michael's play rivals Peake Villa.
"Michael's won 3-0," said McLaughlin, "but Peake had their chances even though they had a weakened side, and that gives me heart.
"We know we can get goals past them, so a lot will hang on how our defence holds up.

"Mark Henry has finally turned a corner with his knee problem and I'm hoping he will be at least on the bench on Sunday, and Michael Barr is trying to arrange time off from the fishing boat, so we'll see where we're at come Sunday.
"But we're all looking forward to it - the boys have been really focussed this last few weeks."