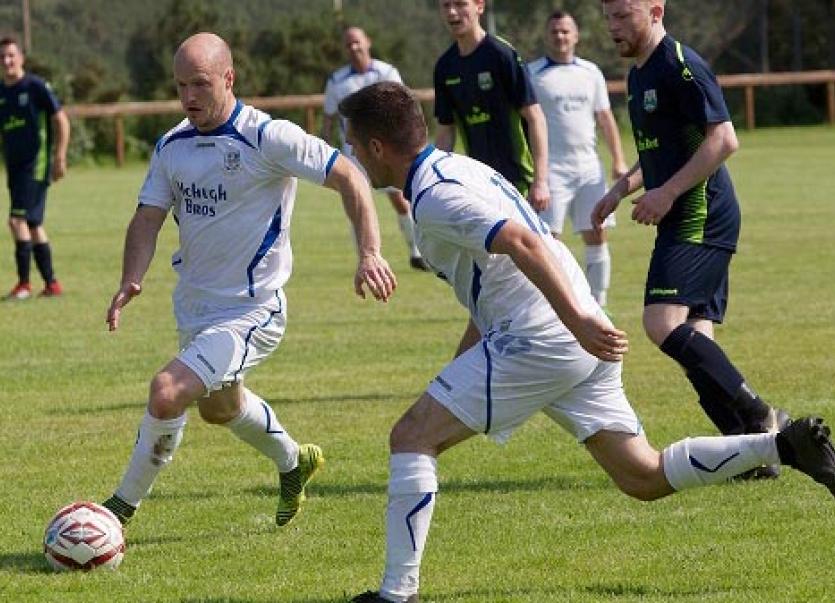 Greencastle striker Nigel McMonagle will be hoping to hit the target against the mighty St Michael's on Sunday.

There are three Donegal sides remaining in the FAI Junior Cup, but how many of them will still be standing after the weekend?

The Donegal League's Kildrum Tigers, along with Inishowen's Greencastle and Buncrana Hearts, will all have their work cut out if they are to progress.

Reigning Inishowen League champions Greencastle are the only one of the trio with a home draw, and they take on holders St Michael's of Tipperary on Sunday in Ballybrack (please note the new kick off time of 1pm) in their last 32 clash.

Also bidding for a place in the last 16 are Kildrum Tigers, who make the trip to Dublin to face Oliver Bond Celtic on Sunday (kick off 2pm).

Buncrana Hearts, meanwhile, are a round behind and travel to Dublin on Saturday to take on Rosemount. Victory for Stephen McNutt's men will earn them a last 32 draw (at home) against Killarney Celtic.

Donegal sides traditionally don't fare well in away ties at this stage of the competition, but both Kildrum and Buncrana will be hoping to buck that trend.

Greencastle for their part, would be pulling off the shock of the tournament if they were to get a result against Michael's.