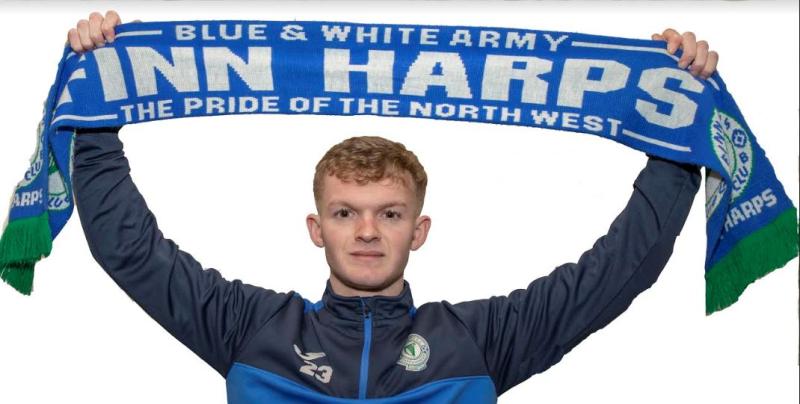 Aidy Delap will be a big addition to the Harps squad

Finn Harps have confirmed that Derry City midfielder Adrian Delap has joined the club on loan ahead of the 2020 league campaign.

Delap appeared 21 times in all competitions for the Candystripes last year. The name may be familiar to Harps fans with the 21 year old having netted against the club at Finn Park last season.

Both the Donegal Democrat and Donegal Post reported the possibility of such a move last month.

Speaking ahead of the move, Delap was excited with the opportunity. He said: “I’m happy with the move. I think its a case of being the best of both worlds, as I can go out and get a few games. I know Ollie fairly well and I know what he’s about. It’s the same standard, the same league so that made sense too. Hopefully it goes well.”

Speaking to the club's website, Harps boss Ollie Horgan said: “Having played against Aidy a few times last year we know what hes capable of and we’re pleased to have him with us. We've had a few players from Derry come in over the years and do well for the club so hopefully that will continue."