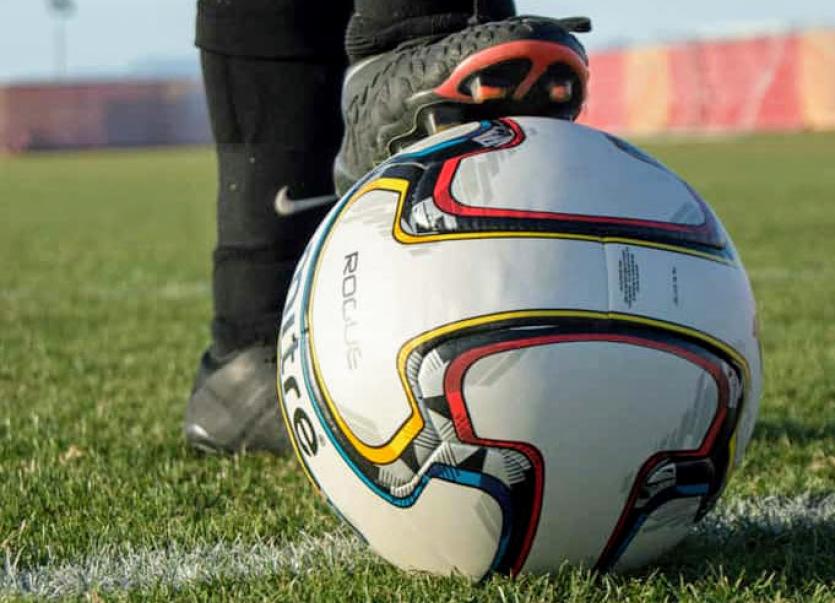 White Strand United extended their lead at the top of the Donegal Physiotherapy & Performance Centre Division Two to three points as they defeated Deele Harps 5-3 while Swilly Rovers lost ground with a scoreless draw against Raphoe Town, although they still have two games in hand.

Deele took the lead against the run of play with a swift counterattack.

Whitestrand equalised from a fine finish through the legs of the keeper by Darren Ferry. Whitestrand should have had a second when the ball looked to have crossed the line but in the absence of goal line technology the referee didn’t give the goal!

Deele again took the lead almost straight from the kick-off as the keeper misjudged the flight of the ball and the Deele player headed home.

Whitestrand pushed for another equaliser and got it when Kevin Loughrey scored from the penalty spot.

Deele took the lead again when Whitestrand’s Mc Cleary misjudged the flight of the ball and the Deele player fired home. Whitestrand then equalised in a topsy turvy game from with an OG forced by Paul Ferry. Whitestrand finally took the lead when Ronan Morris fired over the keeper. With Deele pushing for an equaliser Whitestrand scored the clincher five minutes from time when Ferry scored a breakaway goal.

The opening period of this match was very entertaining with the hosts on the attack from the very start. Tyler Durning and Matthew Sweeney were proving to be handful for the visitors causing numerous problems in the final third.

After the initial 20 minutes the game was more even with the defensive units of both teams getting on top. Swilly did create a few opportunities as the first half ended but couldn’t convert them.

A moment of real class was required to break the deadlock and it was the hosts who nearly took the lead in the 70th minute when Marty Mc Daid hit a rasping shot from 22 yards after great work from Ryan McDaid out on the wing. Swilly continued to have the bulk of possession without really threatening.

Zak Brolly was having a big impact on the proceedings and was looking dangerous on the counter for Raphoe.

Swilly’s defensive rocks of Columba O’Donnell, Dylan Hegarty, Shay Durning and Damien Friel were resolute in giving no meaningful chances away however.

The athletic and dynamic midfield duo of James Mc Cahill and Matthew Sweeney controlled the central area and set the tempo for the hosts in this scrappy encounter.

There were no goals or incidents as the game petered out with both teams probably happy with a point each. Good solid display for the Swilly lads against a very talented young Raphoe team.

Curragh welcomed Dunkineely to the sports complex in Kllygordon and it was a day to remember for Tim Callaghan who bagged a hat-trick.

He opened the scoring on 15 minutes, got a great solo goal on the half hour and then scored from the penalty spot.

The second half started well for the away side. They pushed the Curragh defence and got their reward from a long ball over the top that left it 3-1.

Five second half goals put a gloss on Lagan’s win, in a game tighter than the final result suggests.

Lagan started well but couldn't find a finishing touch. The breakthrough came on 20 minutes when Ciaran Cunningham fired home from the edge of the area. Glenree responded with Cathal Mc Ginley firing just over from distance.

Lagan increased the lead on 30 minutes when Eric Roberts cut across the area and drove the ball home. Lagan again started strongly in the second half but Glenree defended well and created a few half chances. Lagan went further ahead when Josh Hay headed home an Eric Roberts cross. Ruairi Friel then hit the top of the crossbar from 40 yards as Glenree fought back.

Hugh O' Donnell struck the bar with a free as Glenree tried to get back into the game.

Arranmore went one down when the right winger fired home from a tight angle. They replied almost immediately as a cross from the right was handled and Gavin Mc Glanaghey made no mistake from 12 yards.

On 20 minutes Glenea made it 2-1 as their No.9 made no mistake as he capitalised on a defensive error.

Gary Heaney levelled for the home side when he headed home from 6 yards following a Brian Proctor corner.

Gavin Mc Glanaghey made it 3-2 just before the break as he ran onto a superb long ball from Proctor and finished first time with a well placed volley.

Glenea pushed for the opening 10 minutes of the 2nd half but Arranmore caught them out when Mc Glanaghey broke free and scored at the 2nd attempt. Aidan Proctor scored number five after good work from Mc Glanaghey before the latter made it 6-2. Paul Early rounded off the scoring with a neat finish. Best for Arranmore were Martin Proctor and Gavin Mc Glanaghey.

Glencar hosted Strand Rovers for their first outing of the new year. This was a good game of football on a heavy pitch with both sides playing good football.

The opening goal came with Pajo Rafferty and Ciaran Maloney swapping passes for Michael Miller to finish off a great move.

In fairness to the away side they battled hard and we're back on level terms when the lively Shane O’ Donnell finishing well from inside the box.

This seemed to lift the home-side and moved up through the gears with man of match Kevin Rafferty bossing the midfield. Glencar regained the lead Pajo and held on to claim the victory. Strand keeper Kevin Mulhern had a great game for visitors. The Rafferty brothers make the headlines for the home side.