DONEGAL COLLEGE HAVE TOO MUCH FIREPOWER FOR ATHLONE 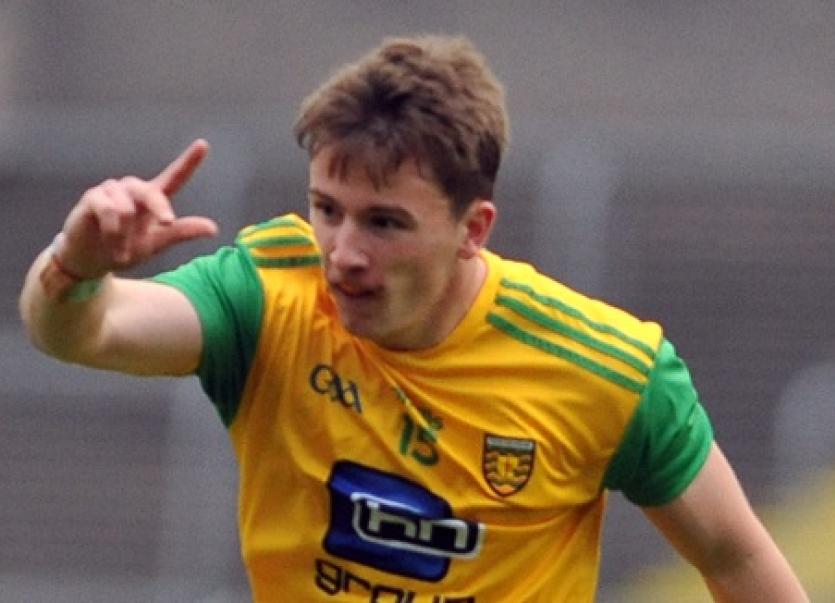 Peadar Mogan . . . man of the match for Letterkenny IT

They never could have imagined that life in the heady atmosphere of the Sigerson Cup would be anything like as simple as this. After soldiering for years in the Trench Cup before finally breaking out of it thanks to their incredible five-point burst in the closing stages of last year’s final against Dundalk IT, the players and management of Letterkenny IT would have steeled themselves for a tougher standard of opponent this year.

Certainly the league suggested that life at the top table would be unforgiving, but what seemed like brutality at the hands of some top class colleges before Christmas was in fact steeling Letterkenny for what was to come, and it showed as they produced a masterful display that Athlone IT simply couldn’t match, even on their home field, when the sides met last Sunday afternoon.

An eight-point final margin doesn’t come close to reflecting the complete and total dominance enjoyed by Michael Murphy’s side in this contest, particularly in the middle third of the field where AIT struggled to lay a glove on their northern visitors.

In each of the three lines in that sector, LYIT had a real match winner. Midfielder Michael Langan came in with the highest profile, having made a significant impression for Donegal over the past year, and after making an understated start he took a firm grip on the game after half-time, dominating the aeriel battle on Cormac Haslam’s kickout.

Christian Bonner, son of Donegal senior manager Declan Bonner, didn’t bomb forward from wing-back for no reason but when he did join the attack, he did so very effectively, kicking three excellent scores including two into the wind.

Then there was centre-forward Peadar Mogan, the clear man of the match. He was deadly accurate, able to inject pace or split the defence open with a well-chosen pass, and took seven scores from his seven attempts on goal.

In that context, it mattered little that Gio Russo and Domhnall McMahon scored 1-1 each with little or no possession, that Boidu Sayeh and Andy Cregg did a fine job of fighting back the tide in the full-back line, holding the starting LYIT inside forwards to a total of 0-1 out of 1-18, or that Cormac Haslam made several wonderful saves across the hour.

Athlone IT got every break they could have hoped for. Two outstanding scores from Mogan and another from Bonner had LYIT 0-3 to 0-1 to the good early on, despite the wind, before a long ball into the LYIT square was lost in the low sun by Michael Lynch, and AIT’s towering full forward – Clare hurler Domhnall McMahon – got enough of a touch to guide the ball over the line.

LYIT were unperturbed, and they simply put the engine back in gear and motored on. Mogan, Bonner, Paddy Dolan and Caoimhín Manley all pointed from play while Langan added some dead ball scores to make it 0-11 to 1-2 at half time.

Athlone IT got a crucial break after half-time when they fired in 1-1 with their first two attacks after the restart, a goal from a penalty and a pointed free, both from Offaly man Gio Russo.

The unflappable nature of this LYIT team again came to the fore. Three points in-in-a-row were fired over as Michael Langan began to dominate the aeriel battle at midfield, particularly on the AIT kickout, and then the game was settled when Paddy Dolan pounced on a sloppy handpass and then carried the ball 50 metres into the heart of the home defence, before laying the ball off to Mogan.

The St. Naul’s man produced an effortless low finish into the bottom corner of the net that was as precise as it could be, and from then on it was plain sailing, even after Oisín Langan’s black card left the Letterkenny students short one player for ten minutes in the final quarter.