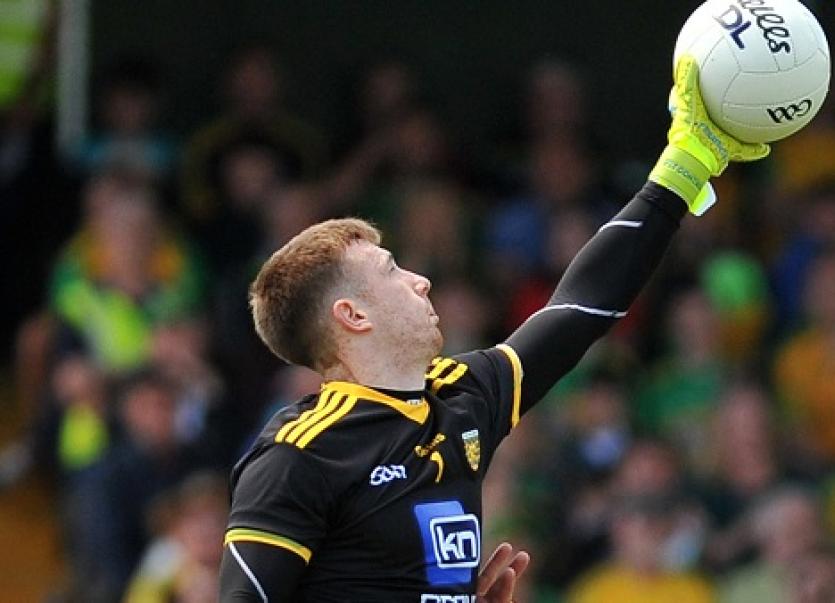 DCU’s Michael Bannigan was the hero of the hour as he kicked three late points deep into injury to give DCU a two-point win over a tricky Garda College in the opening round of the Sigerson Cup at St Clares.

DCU went into the match hot favourites, however, with ten minutes remaining in the match and following the dismissal of Dublin senior footballer Paddy Small, the home side looked set for an early championship exit.

However, the final minutes of normal time in the second half, proved pivotal for the North Dublin college. Garda and Donegal goalkeeper Shaun Patton was perhaps the star of the game, with superb accuracy in his kickouts, as well as adding three points to his name from frees. That all changed on the hour mark after Patton also received marching orders due to a late and dangerous challenge on Michael Bannigan. With consistent fouling from the Garda defence, Monaghan native Bannigan struck 3 points in stoppage time to set DCU up with a two-point victory.

Former Donegal senior panellist Ciaran McGinley from Kilcar was midfield for Garda while Conor Morrison was in the full-back line with Brendan McCole for DCU. Mark Curran and Nathan Gavigan were unused subs on the DCU panel.

An Garda opened the match lively, with Galway’s Paul Mannion proving a little bit to strong for the DCU defence as he contributed two-points to give the Garda college an early advantage. The only goal attempt of the match came in the eighth minute with a long ball fielded inside to midfielder Ciaran McGinley. After beating both Brendan McCole and goalkeeper Evan Comerford, it left McGinley with an open goal shot which somehow went wide.

By half-time Garda led by 0-6 to 0-4. They continued to lead in the second half with Patton  keeping the scoreboard ticking. DCU lost Paddy Small when he was black carded after earlier receiving a yellow on 49 minutes, but they fought back.

Two further frees from Patton had Garda two up as the game approached added time. But then Patton  saw red on the hour mark for a rash challenge. From this the Guards ultimately collapsed, which led to half-forward Bannigan cancelling out the Templemore side’s cushion with a free converted from an extremely tight angle under immense pressure to bring the sides level. With eight minutes of injury time added Bannigan was able to pop over two more frees to set up a quarter-final showdown against Queens University Belfast next Sunday.

Speaking to DCU captain Brendan McCole after the game he said, “We said going into the match we would give the Guards the respect they deserved, with ten minutes left in the game we were a point down so we had to dig deep and thankfully we came out on the right side.”

“We knew if we could put pressure on their sub-keeper by pressing his kickout out as much as possible, we could get possession and force ourselves into a good position in the final stages of the match. Thankfully it worked out,” said McCole