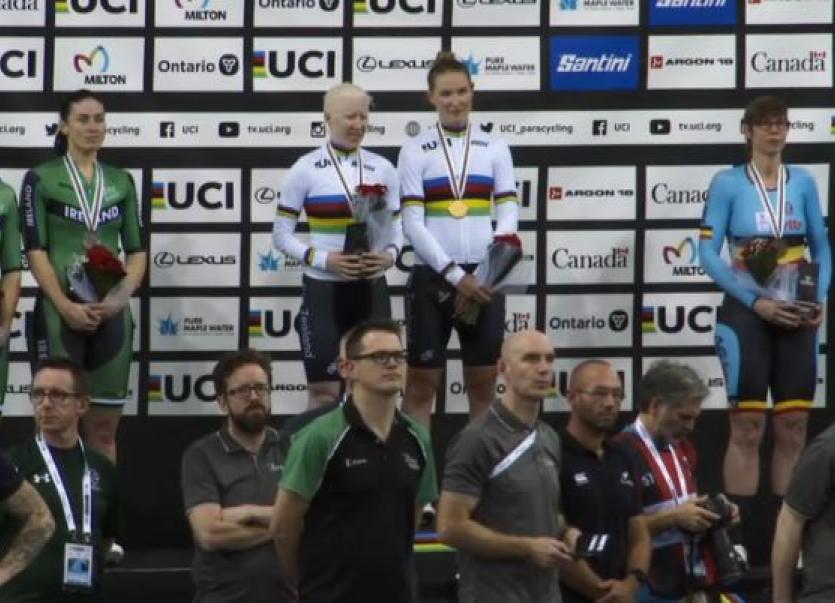 Katie-George Dunlevy and Eve McChrystal, representing Ireland, had to be content with silver medals at the World Indoor Pursuit Tandem Para Cycling in Milton, Canada on Friday night.
They were beaten by the New Zealand pair of Emma Foy and Hannah Van Kampen, with Austrians Griet Hoet and Annaleen Monsieur defeating Great Britain in the third and fourth place race.

Donegal sportspeople will be well aware of the successes of Katie-George, whose proud father, John, is a native of Mountcharles. Katie-George and the Dunlevy family are regular visitors to Donegal each year.
It was another great performance from Katie-George and Eve, who broke the Irish record in qualifying for the gold and silver race.
They had finished second to the New Zealand pair in the qualifier, but importantly, defeated the Great British pair of Lora Fachie and Corrine Hall.
The indoor circuit is not the strong suit of Katie-George and Eve and they will be very happy with their silver, as they build up to the defence of their Olympic title in Tokyo in the Autumn.