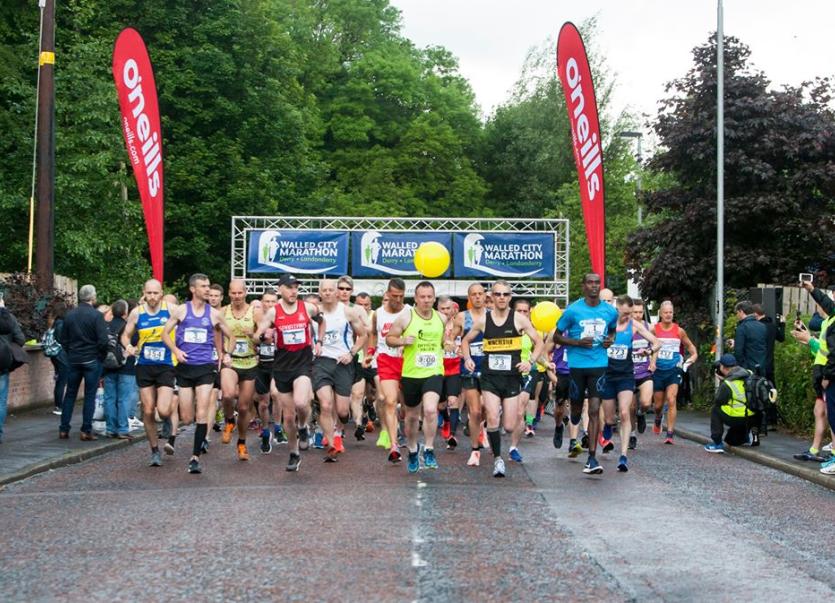 This year's Walled City Derry Marathon has been cancelled.

The event was one of the most popular on the marathon circuit in Ireland and each year drew hundreds of competitors from Donegal.

In a statement last night, the organisers announced that they had taken the decision to cancel this year’s marathon event, originally scheduled for 31st May 2020.

The race has been cancelled due to a number of factors outside the control of the race organisers.

But the news has been greeted with a sense of disappointment by running clubs and competitors from all over the north west.

The statement said: "We would like to thank all supporters of the Walled City Marathon and hope that they will continue to support the event next year. All entrants will be provided with a full refund within the next 14 days.

"We are encouraged by the continued growth of the 10-miler which sold out in record time this year and we look forward to further building on that event whilst working to prepare for the marathon again in 2021."

"We want thank you again for your continued support and look forward to welcoming you all at the start line next year," it said, adding: "We will be releasing a further statement early next week."

While the news will come as a shock to many, it is understood that there were concerns flagged about this year's event.

Two years ago SSE Airtricity pulled out as the main sponsors, and last year's event only went ahead due to the backing from O'Neill's sportswear.

Normally, details of marathons are confirmed and publicised well before Christmas of the year preceding the marathon.

The fact that the Walled City Marathon details were not copper-fastened well in advance indicated that problems were being experienced.

The Dublin Marathon, by contrast, was not only confirmed immediately for the following year back in October, but it was a sell-out before Christmas, and despite record numbers applying demand exceeds the number of places.

The numbers taking part in the marathon in Derry were well down last year.

While it was regarded as a tough marathon route, with some difficult hills, participants raved about the atmosphere, the number of spectators, and the distinctive medals for all finishers.