DONEGAL GOLF NEWS: All the news from Golf Clubs around Donegal 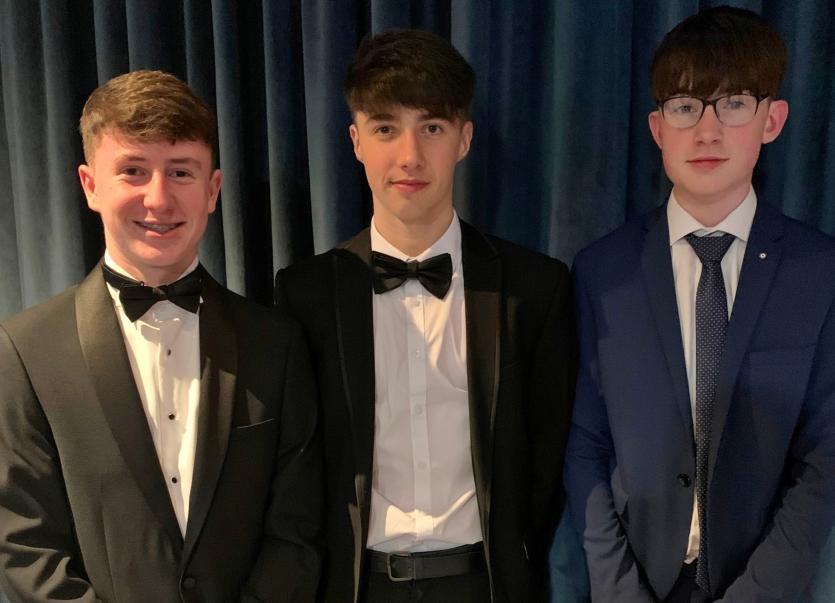 Cruit
Results for Sunday 2nd February - Club Competition: 1st Darren Gallagher (10) 42 Pts; 2nd Donal Boyle (2) 38 Pts; 3rd Danny McGarvey (6) 37 Pts Bot; F9 James Gillespie (15) 22 Pts; B9 Dan O’Brien (13) 20 Pts Bot. Par 68. CSS N/Q
A new month, a new season and another new name onto the boat for 2020. Darren Gallagher is well used to making it on board and has once again booked his place in the year ending finale with a super score of 42 Pts. Darren’s card was pretty special as he started with seven straight pars and played the final seven of his round one better than that, in between he recorded three bogeys and on his only blemish on the card a blank on the eighth. When he finally finished, that blank was long forgotten about as signed for his winning score. Donal Boyle was second with 38 Pts, another super round and a card that included three birdies on each 9 and Danny McGarvey was third on a break of tie with 37 Pts. The 9s went to James Gillespie with 22 Pts and Dan O’Brien with 20 Pts. Next Sunday’s competition is again a club competition, single stableford.
Also coming up soon, please keep an eye on what’s app and social media for the date of our Captain’s Drive In with Eamon Kelly eager to officially launch his year now that our gents and overall agm’s have taken place. Driving off this year with Eamon will be our new President Columba Bonner who was ratified at the agm on Friday night, taking over from outgoing President Paddy Sweeney who had a very successful four year term representing the club and our Lady Captain who has yet to be named for the year ahead.
After our overall AGM on Friday evening we would like to wish our new President Columba Bonner all the very best in his new role. Also thanks to Paddy Sweeney for his contribution this last 4 years as President. Membership fees are staying the same as last year and can be paid as soon as possible with early payment greatly appreciated.

Dunfanaghy Ladies
The inclement weather has hampered our golf Somewhat over the last week. However, needless to say there were some brave Ladies who weathered the storms to ensure they returned cards for our 14hole winter league competition. Week 2 Individual winner was Sadie Marie Curran with a good score of 27Pts. Well done Sadie Marie. Team results are as follows: Team 1 on 102pts. Team 2 on 92 Pts (No help from Yours Truly). Team 4 on 91 pts and team 3 on 88Pts. Early days and all to play for. Saturday the 8th is a 4BBB competition and the 14hole competitions continue every Tuesday.
I was delighted to be present at the Donegal Sports Star Awards in The Mount Errigal Hotel in Letterkenny last Friday night to see our Past President Sean Ferrriter receive a "Hall of Fame" Award for his contribution to sport down through the years. Well deserved Sean and congratulations from all at Dunfanaghy Golf Club.

Dunfanaghy
Spring Cup (Golfer of the Year) Stroke, Sunday 2nd February: 1st David J Logue (22) 61; 2nd Caolan McBride (25) 63; Gross: Tony McGilloway (9) 78 BOT; 3rd Fergus Mullen (16) 68. CSS: N/Q
Gents Open Stableford, Saturday 1st February: 1st Tommy Reidy (25) 40 pts; 2nd Mal Dunleavy (11) 38 pts BOT; Gross: David Alcorn (11) 27 pts; 3rd Don Sheridan (12) 38 pts BOT. CSS: N/Q
Open Stableford on Wednesday 29th January was lost to the weather
All Ireland Champions: Young Dunfanaghy stars, James Sweeney, Darcy Hogg and Luke Kelly attended the GUI Champions Dinner at Carton House last weekend. James and Darcy were there in recognition of their All Ireland U-14 Interprovincial win. Luke was there to recognise the School's All-Ireland win. The dinner was to recognise the golfing achievements of the All Ireland Winners during the year.
The MC for the evening was RTÉ's Greg Allen who conducted a video interview with Shane Lowry. He also interviewed James Sugrue, the British Amateur Champion, who was there in person. Both the Claret Jug and the British Amateur Champions Trophy were on display.
Everyone at Dunfanaghy would like to congratulate these fine young men on their achievements. They are such fabulous ambassadors for Dunfanaghy Golf Club and the wider golf community. We look forward to celebrating their continuing success.

Rosapenna
Club Competition: The club competition (NQ) played over the Sandy Hills Links on Sunday the 2nd of February was won by Denis Harkin (13) with 40pts, the runner up was Dannie Sweeney (16) with 36pts bot. Two's - James Gallagher, Mick Gallagher Jnr, Peter Smyth & Micheal Bradley Jnr & Shane Doherty x 2 with €6.00 Pavilion Golf Shop credit per two.
The Old Tom Morris Links will reopen from Saturday the 15th of February. The Sandy Hills Links will return to green fee only for all member & visitor play.
The latest scramble took place on Saturday the 1st of February with the results as follows: 1st Tony Griffin, Ryan Griffin, Rory White & Paul Saunders with 57 1/8 nett; 2nd Donal Davis, C McAllister, C McGill & E Daly with 57.5 nett; 3rd B Roache, R McClafferty, B Kavanagh & Enda McClafferty with 59 3/8 nett; 4th S O'Donnell, R McAteer, S Kelly & S Williamson with 59.5 nett; 5th Maeve McNulty, Sheila Breen, Liam Breen & James McNulty 59 5/8 nett.
The next scramble will take place on Saturday the 8th over the Sandy Hills Links with the Scramble on the 15th being played over the Old Tom Morris Links. Contact The Pavilion Golf Shop for all entries.
Pick Up Game: This coming Sunday, the 9th of February, the pick up game will start at 12.00pm. There is no need to book, just show up on the day 15-20 mins before the first tee time and put your name down in the Golf Shop.
February - Saturday 8th - Winter Scramble Series
Sunday 9th - Club Competition

Cloughaneely
John Murphy was the star of the show last Sunday with a score of 38 points. He was followed by Francis Boyle on 36 and Feargal Kilfeather on 35.
The Competition this weekend is a a Singles Stableford play Saturday or Sunday with Winter League matches also in operation.
The Captains Drive-In for Chris McCallion and President Denis Coyle is scheduled to take place on Sunday 9th February.
We recently welcomed four new Members to the Club and wish Pat and his group a good golfing year ahead. There is great interest in beginner membership more details on golf lessons to follow soon.
Our 2020 Golf Membership offers great value our Full Gents is €400, Beginner or Distance is €200 and all other rates for Seniors, Ladies and Juniors are available by emailing info@cloughaneelygolfclub.ie or are on display in the clubhouse.
Beidh fáilte romhat chuig Cumann Gailf Chloich Cheann Fhaola.