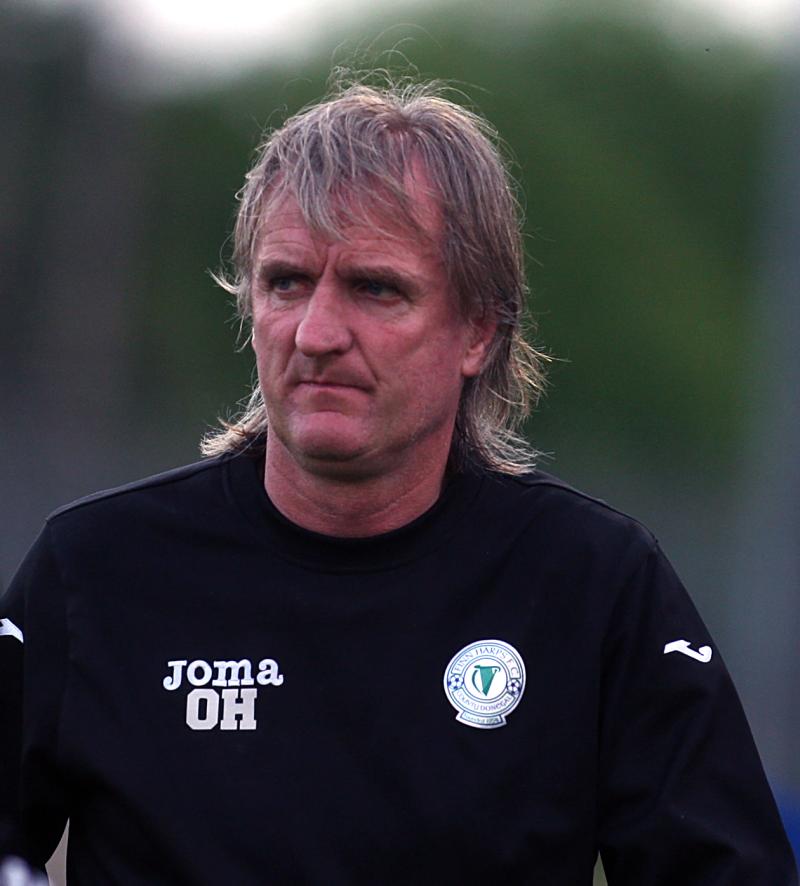 Finn Harps are stepping up their efforts to sign a striker before the new SSE Premier Division campaign kicks-off against Sligo Rovers next Friday.

Busy boss Ollie Horgan has already signed a dozen or so new faces during a close season that has seen a huge amount of movement.

And with the arrival of some seasoned professionals in the form or David Webster (ex-St. Pat's), Ryan Connolly (ex-Galway and Shamrock Rovers), Shaun Kelly (ex-Limerick) as well as the likes of Barry McNamee (ex-Derry City) he has certainly brought together a strong bunch of new players. However, while Harps appear well served in terms of options in defence and midfield, more firepower is still needed.

Harps only bagged 26 goals in 26 league games last season, and with the strikeforce of Nathan Boyle (Australia) and Mikey Place (Galway) having departed, there are obvious concerns about the lack of options up front.

Teenager Jamie Browne, who has come up through the underage ranks, is an out and out striker but it's a major step up at this level.

Horgan has been in contact with veteran Raffaele Cretaro, who he actually lured out of retirement last season, and had a significant role in helping the Donegal club to escape relegation.

Whether he can convince the Tubbercurry man to give it yet another go, and help in attack remains to be seen.

Horgan has the radar firmly on and has put out numerous feelers and spoken to several people.

He certainly won't give up - and don't rule out some striker coming on loan.

"It's been harder than ever," he commented at a pre-season club press day, when asked about how the quest for players this season has compared with other years.

Since he took over the job, he has had to endure the challenge of re-building his squad every season, as the bulk of the players are on short-term contracts.

The scale of the rebuilding process is considerable.