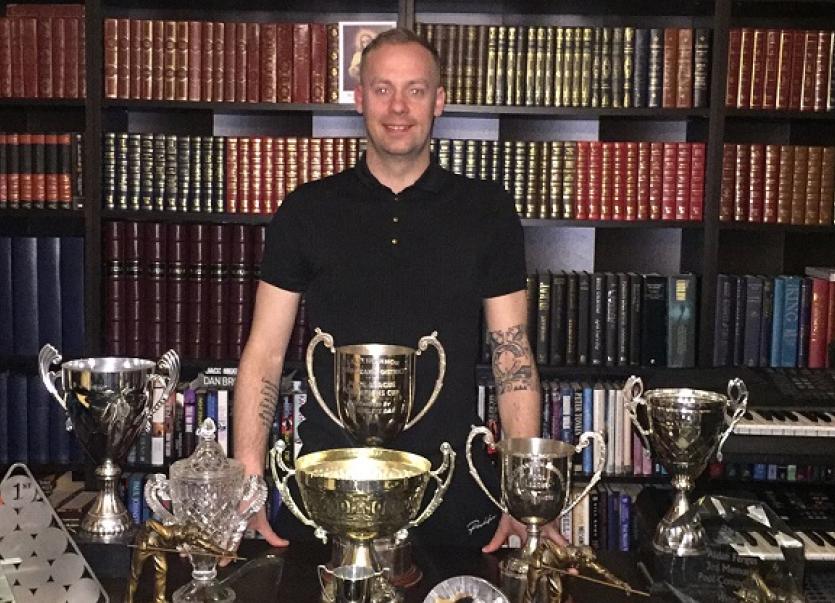 Congratulations to Liam Travers Jnr. (son of Liam and Anna), who has been selected to represent Ireland in the upcoming European Pool Championships in Malta from the 15th to the 21st February. Another Donegal man selected to play for Ireland is Sean Sharkey from Dungloe.
Sean, who has been ranked No. 1 in Ireland previously, is mentoring Liam in the recent past and a person whom Liam holds in high esteem. Someone else Liam admires greatly and who is from Bundoran and will be competing in the Ladies’ European Championships is Michelle Morris. To have two from the same town competing in this competition must be a first and we wish them all the best in their endeavors and hopefully they will bring back some of the spoils.
Liam Travers pictured with a selection of some of the trophies and cups he has competed for successfully over the past number of years. He is extremely proud to represent his country next week. Among the other countries competing are England, Scotland, N. Ireland, Wales, France, Morocco, Belgium and the host country Malta. 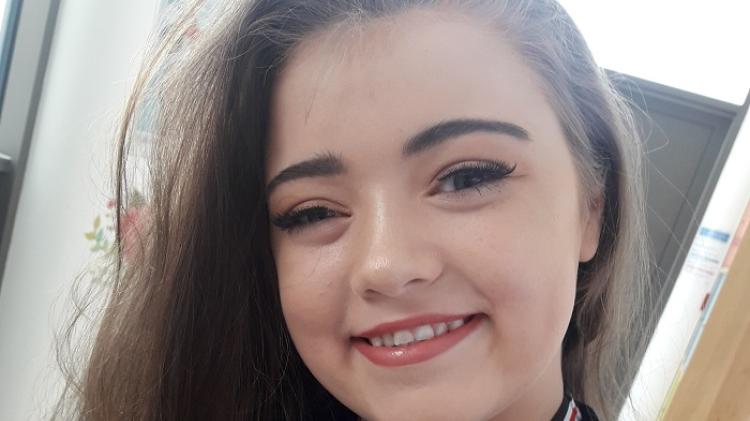 Donegal carousel among items of historical interest at auction 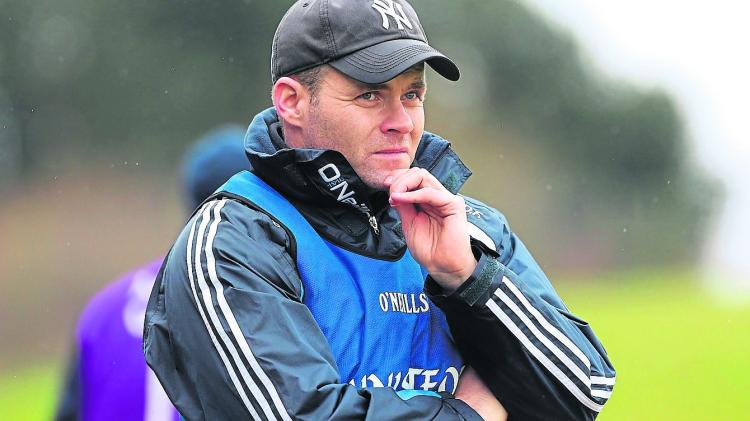