MANUS BOYLE COLUMN: Time for young referees to be introduced as umpires 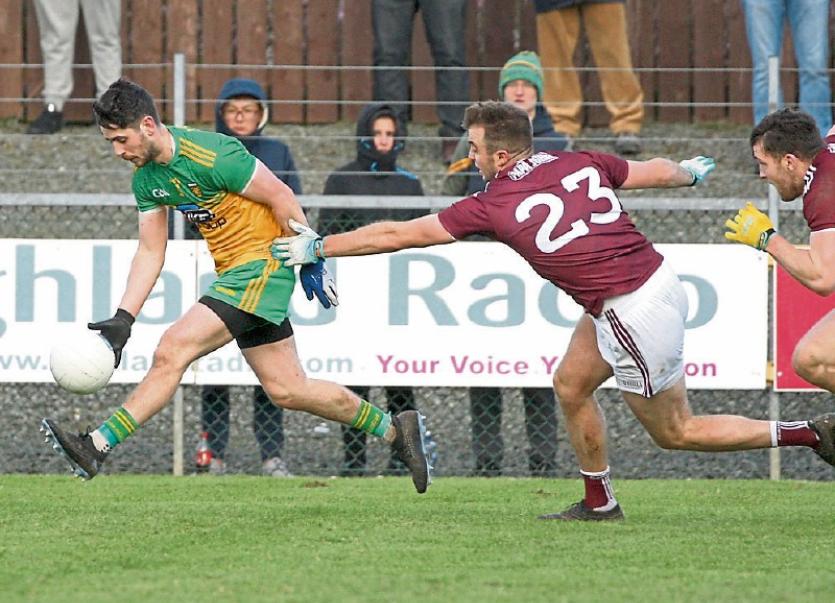 It usually takes a bit longer in the year before the subject of referees comes into the spotlight, but with only three rounds of the National Football League completed already it has been the major talking point of many of those games.

Take the games last weekend. It started with the Dublin Monaghan game on Saturday night where the fourth official put six minutes of injury time on the board. However, when Dublin scored their equaliser there was over nine minutes on the clock.

Seamus McEnaney, the Monaghan manager, reflected after the game: “There was six minutes on the clock, there was nine minutes played. I’ve enough problems of my own to sort out without worrying about the problems that Ciaran Branagan had.”

Branagan was the referee on the evening. Seamus was certainly choosing his words wisely but certainly making his anger known. In the first game against Mayo in Ballybofey, both Declan Bonner and Michael Murphy asked a number of questions of David Coldrick around the injury time he played. There were further questions asked by Meath manager Andy McEntee after their game against Mayo where he felt the referee did not add on enough time in injury time because of the length of stoppages that occurred.

Meath lost the game by a point. McEntee felt there was at least another minute left when Sean Hurson blew for full time. After the game McEntee said: "All I want, all every manager wants is rules to be applied consistently, then you know where you stand.”

He went further by suggesting that “it’s one rule for the Dublins and the bigger names in this world and it’s a different rule for everybody else.”

McEntee was clearly disappointed when the referee blew the final whistle exactly on the time he allocated for injury time even though there was stoppages in injury time. This is where the problem lies. Even in the Donegal Galway game Joe McQuillian played a lot more injury time than he had allocated. Clearly some referees have a different attitude towards the playing of extra injury time in stoppage time than other officials.

Before this goes any further and festers even more, a clear indication has to be agreed by match officials carried out by all concerned. While it is easy to throw the referees under the bus, more has to be done at national level to help provide match officials at both county and club level on how they should determine the exact amount of injury time. It would help referees and it would give players and managers alike clarification on the rule.

Many would have thought the bigger talking points would have been the new rules. Maybe teams haven’t had enough time to get into taking advantage of the advanced mark yet and to be fair the sin bin for the black card is working so far. However it’s clear that match officials are still not on the same page in agreeing what actually is a black card. The Galway 'keeper was given a black card against Donegal last Sunday, but it was clearly a dangerous tackle and deserved red.

In the second half when Ronan O Beolain tackled in the same manner, he was given yellow. Another talking point was the sending off of Kerry’s David Clifford. How many times have we seen two players booked when clearly one is the aggressor and the other player is just defending himself?

Too often referees take the easy option and book both players. In Clifford’s defence he had no reason to get involved; he knew he was on a yellow, while the Tyrone player, who was just on the field as a second half sub, knew exactly what he was doing. On the advice of umpires, Fergal Kelly’s dismissed Clifford.

On television replays Clifford is clearly the player fouled yet the umpires felt Clifford was just as much at fault as the Tyrone player. To be clear I have always felt that umpires should be trained referees; it would be clearly an advantage to young up and coming referees to get experience at the highest level and see what goes on during a game when they have their back turned. Also it would encourage more and more to take up refereeing if they knew they would have opportunities to officiate at the top level.

Donegal's was not the result everyone would have thought after Ciaran Thompson scored a brilliant goal after 42 minutes. In total command and with whatever advantage there was with the wind, you would have expected Donegal to see it out. However, Galway under Padraic Joyce don’t give it up that handy; two well worked goals scored by the two corner-backs put them back in the game.

Donegal had plenty of chances to get back on level terms but it wasn’t to be. To be fair to Michael Murphy and Ciaran Thompson, they usually take those chances in their sleep.

With a break before Donegal’s next game against Dublin, the Donegal management team can reflect on the first three games. Is three points out of six a fair reflection and with the likes of Dublin, Kerry, Tyrone and Monaghan to come, where are the next few points going to come from if we are not to return to Division Two along with Meath, who have struggled so far this year?

Dublin in Croke Park, Kerry in Tralee are two venues that are difficult to pick up points. Tyrone come to Ballybofey and with the championship just around the corner, I expect a few markers to be laid down. Monaghan under Seamus McEnaney have been showing a new lease of life and could count themselves unlucky not to have beaten the Dubs last weekend. They, like Tyrone, will want to show they mean business for the months ahead when they come to Ballyshannon on March 1.