Donegal hurlers travel to Louth to take on 'Wee County' 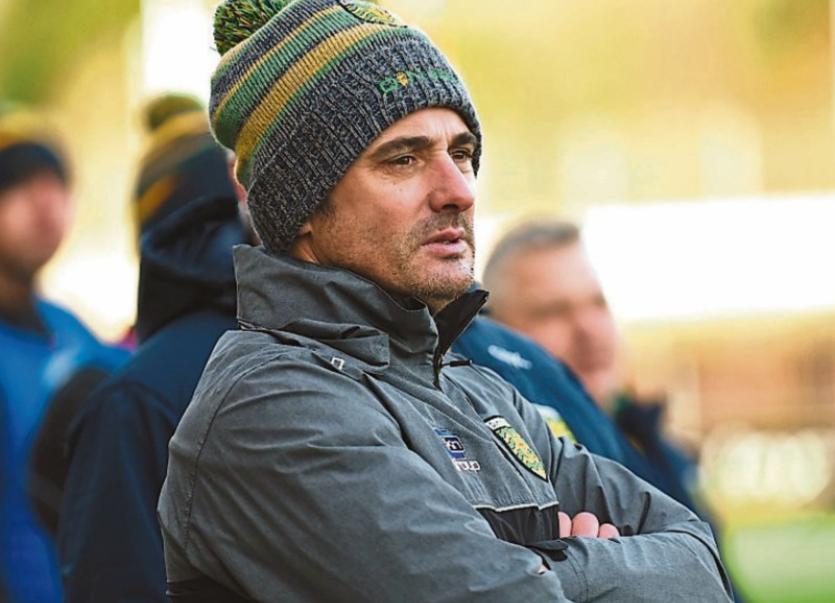 The Donegal hurlers take to the road once again this weekend to face Louth in the third of their Allianz National League Division 3A matches.

Having fallen to an opening day defeat at the hands of Armagh, Mickey McCann's squad bounced back with victory over Tyrone at Healy Park earlier this month, and they will be keen to follow that up with another strong performance as the battle for a promotion play-off spot intensifies.

And while McCann believes their toughest two matches are already behind them, he warned the 'Wee County' will be no walkover.

He said: "There's no doubt we'll be wearing the favourites' tag, but Louth lost their opening two matches and they'll be desperate to avoid a relegation scrap.

"They were beating Tyrone up until 60 minutes and just let them pull away in the last ten minutes, so it shows what they are capable of on their day.

"They know if we beat them they'll be in serious bother. They have the home advantage and if the weather doesn't hold up it won't suit us either, so we can take nothing for granted - there's a lot to play for."

With Armagh looking strong and Longford also undefeated, Donegal's remaining three games are matches they will be desperate to win.

McCann admitted complacency was a factor in the Armagh defeat (they shot 17 wides), but insists the players have learned from that game.

"The boys themselves held their hands up and admitted there was a bit of complacency there," he said. "Even though we know Armagh's pedigree I think the fact we had come from the higher division played a part.

"They wanted to turn it round and thankfully they did that against Tyrone, so it's important now to keep that momentum going."

McCann will be without the services of Christy McDermott and Ciaran Finn, who are both away working, which may give some of the younger players an opportunity to impress.

He said: "Sam Roe (Buncrana) will be pushing for another start, and then you've the likes of Niall Ferry, Michael Donoghoe and Dylan Duffy, all of them young players who have come off the bench and done well.

"When you've players unavailable that is when the strength and depth really comes into it, and thankfully we have plenty of options on that score."