READ THE REID: More to be learned in defeat than in victory on Sunday 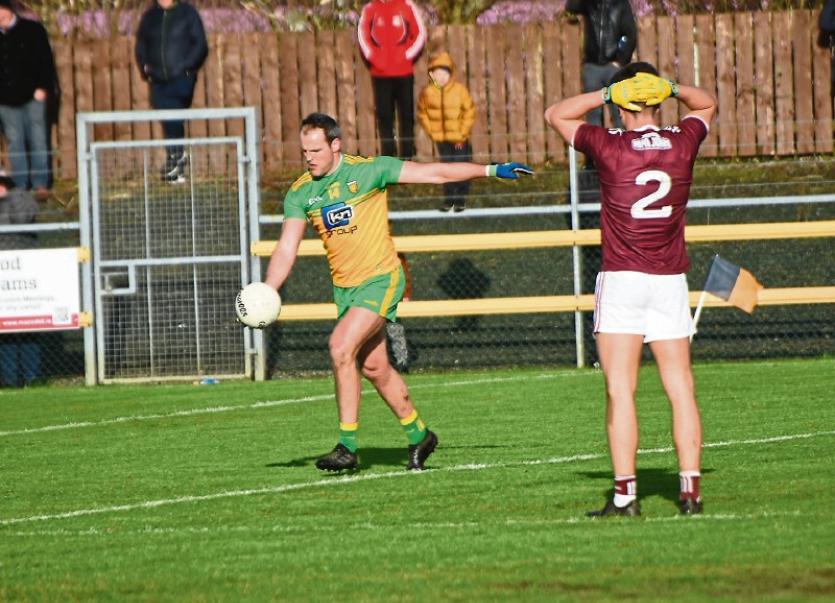 Many Donegal supporters in Letterkenny last Sunday were lamenting the last two free-kick chances that we missed in injury time that would have secured a victory or even a draw against Galway.

We were seven points clear after 43 minutes and coasting. Galway were beaten had we hammered home our dominance. If Ciaran Thompson and Michael Murphy had converted their injury-time frees, perhaps our deficiencies would have been overlooked. As it is, Donegal will have to learn many lessons from this defeat.

Mayo were dead and buried in Ballybofey in our first outing of the league but we let them back into the game to secure a draw. Declan Bonner and his players will not be making any excuses for these lapses. I accept that we are short some players as are most teams. Also, it would be foolish to read too much into league games, particularly when matches are being played in such inclement weather conditions.

I’ve always maintained that teams will learn much more from defeat than victory and Donegal will again take much away from this defeat to Galway. Great teams are built on solid defences. Our rear guard was on top until we literally took our eye off the ball up front. That two corner-backs were allowed to waltz through to score a goal apiece tell its own story. The basic rule of any Gaelic football match is that your first line of defence is your full-forward line. The game has changed in style, format and tactics. Corner-backs often roam up the pitch. It is always easy to apportion blame on defenders. However, when a team is not in possession of the ball, every player is a defender.

When assessing one’s performance, great players don’t look around their team for a scapegoat. They analyse their own performance and not that of others. I feel that we relaxed a bit and lost a bit of focus after going seven points up. This is a massive advantage in an inter-county game. Perhaps we tired. Only, the management and players know this.

Declan Bonner will cast a very critical eye over last Sunday’s performance. Some basic principles still apply to modern football. A defender’s first and primary task is to defend while a forward’s role is to score and/or assist in scoring.

The frustrating fact is that Donegal were leading by a substantial margin and we let it slip. The result is by no means a disaster. The next game is critical for Donegal when we will play Dublin in Croke Park.

Like Donegal, Monaghan crumbled to Dublin last Saturday evening. There’s no room for complacency in Division 1 football where leading margins can be easily whittled away. Monaghan were on the verge of a great away victory but somehow managed to let Dublin back into the game in the final ten minutes.

It’s all very tight now with no team dominating the division. Tyrone had a momentous victory over Kerry in Edendork. This was a nip and tuck game where there was an absence of “namby pamby” football. There’s no love lost between these two teams. The main talking point was the sending-off of Kerry’s David Clifford for a second yellow card. It seemed harsh. We were given the impression by tv pictures that Clifford was blameless. As a former inter-county player, I assure you that saints do not play Gaelic football. Even Meath’s former player and RTE pundit Colm O’Rourke was far from “shrinking violet”. Tyrone’s Ben McDonald was seen rolling about the ground in Gaelic football’s version of courtship. Clifford had his hands outstretched signalling his innocence. Do his actions give the whole story though? Other things obviously happened which is only privy to the two players involved, the umpires and the referee. Clifford will be obviously targeted since he is a prolific scorer as will our own Michael Murphy. It’s part and parcel of the game. Murphy is harder to put down than Clifford though and that’s why we never see Murphy rolling about on the ground in an embraced position by an opposing player.

Tyrone’s victory has lifted them up to joint top with Galway and Dublin with four points while Donegal, Kerry and Monaghan are joint second with three points. Meath sit at the bottom after another defeat; this time to Mayo. It took a last gasp goal though to rescue the men from the west.

Going on form, Mayo are favourites to take the drop to Division 2 with Meath. It is important to stress again that league form bears little resemblance to championship football. Teams are still in the process of trying out players and are still exploring and fine-tuning playing systems. Many teams are doing heavy training at present for the summer where football really counts.

There’s a lot to play for in the league as it stands and no team have easy games ahead. We have Dublin and Kerry away and Monaghan and Tyrone at home. On paper, these seem very difficult games. Matches aren’t played on paper though. Donegal are capable of beating or indeed losing to any of these teams. Given our collapse against Galway, I’m sure that Bonner and his men will rectify things in the coming two weeks.

A crunch game against the reigning All-Ireland champions at Headquarters is our next outing. We have much to look forward to in the coming weeks. A victory against Dublin will change everything.