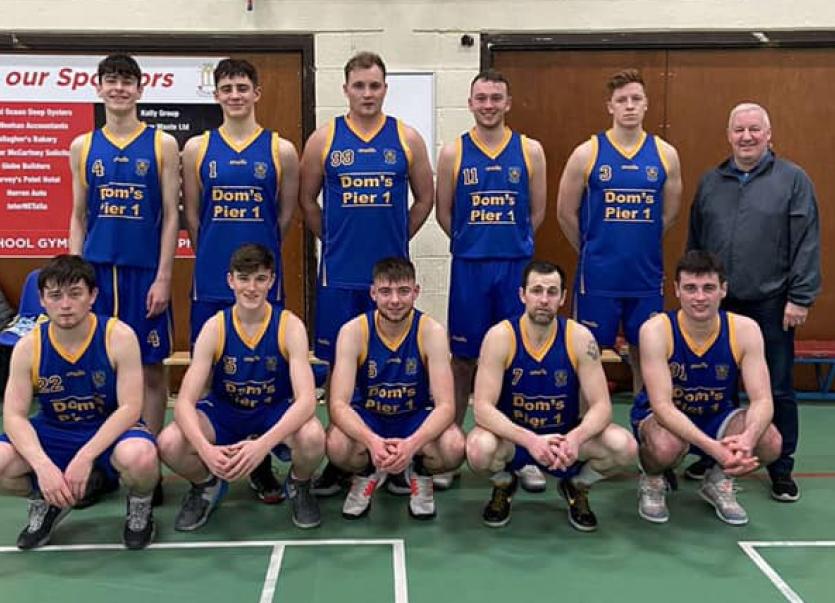 The Donegal Basketball Club senior men continued their winning ways with an impressive victory against the Carrick-on-Shannon club. From the beginning DTBC set the tempo with patient play in the half court offence finding cutters Patrick Reid and Matthew Oates inside for scores.

At the start of the second quarter both teams were playing physical defence and both teams struggled to score. L Team playing the better of to the two teams with M. Kalisz and K. Gunka scoring some nice baskets. After Donegal’s 5 minute slump of no scores Coach Paddy Muldoon called a timeout. From here DTBC never looked back attacking the opposition on the fast break frequently which led to a number of impressive scores from sharpshooter Paul McHugh.

Going into the 3rd quarter DTBC continued to extend their lead with great vision from Dillon Muldoon finding Jason Duignan inside who was a major threat all night, Duignan relentless work and nice touch around the rim has been a huge factor to the success of the men’s team this season. The great pressure on defence from the top of the key by Darragh Griffin and Eoghan Corley led to more fast break points and opened up the court for others.

Dillon Muldoon got hot at the start of the 4th scoring a couple of 3’s and got inside for some impressive finishes at the rim. Paul McHugh was exceptional all night scoring 7 3 pointers and showed his leadership throughout encouraging the younger members of the squad who came on and contributed very well. In the end the Donegal men were victorious with a 88-64 win. DTBC are top of the LLR League with 3 games left.

They face Sligo All Stars away next Tuesday in a local derby.