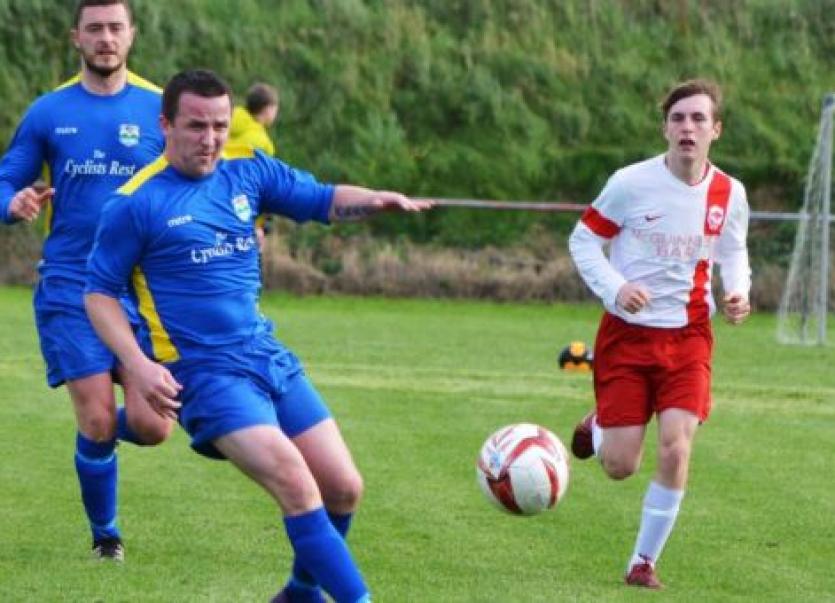 Ronan Coyle played for home club Aileach before 'retiring' in

Donegal soccer legend Ronan Coyle is coming out of retirement.

The five-time Ulster Senior League title winner signed for Donegal League premier division side Cappry Rovers on Thursday evening - 16 months after announcing he was hanging up his boots.

Striker Coyle was a shining light in the USL over a number of years, winning two titles with Kildrum Tigers, two with Quigley's Point Swifts and one with Finn Harps Reserves.

The Fahan native played the last few years of his illustrious career at native club Aileach FC before bowing out in October 2018.

But the 39-year-old, who lives in Glenfin, has been coaching the Cappry U10s, and has now been persuaded by first team manager Paddy McNulty to come on board for the rest of the season.

He told Donegal Live: "Cappry are currently at the top of the table with seven games to play, so if I can come in and play a half hour here and there and help them out, I'd be delighted.

"I had my first training session on Thursday night and felt I did very well. Paddy said to me after 'you haven't lost the touch or the vision'.

"I need to just get the sharpness up a wee bit now, but I'm sure that will come after one or two more sessions.

"I really thought I was done playing football when I hung my boots up 16 months ago, but to be honest I've really missed the buzz of training and the craic and banter in the dressing room.

"I'm turning 40 next month but I feel in good shape and the hunger is still there - hopefully there's a few more goals in me yet."