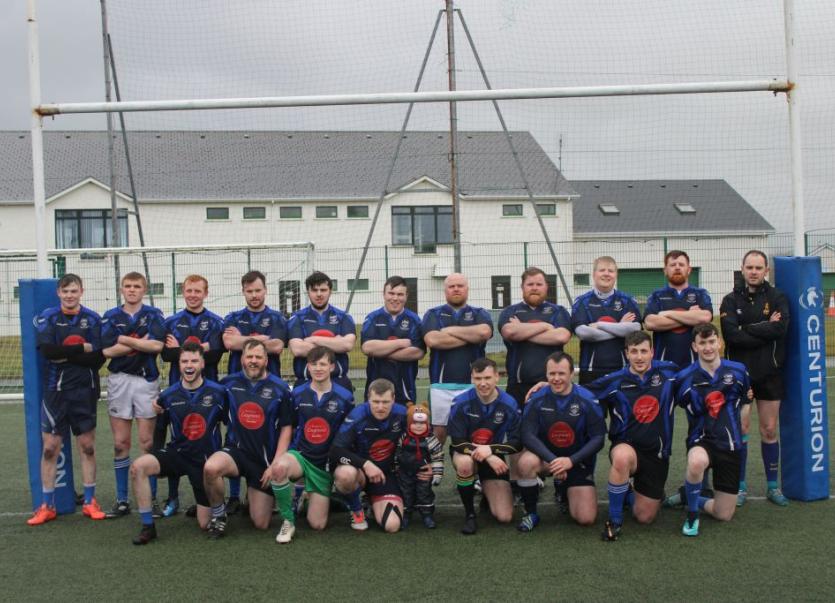 Ballyshannon rugby team extended their lead to six points at the top of the league table with a comprehensive victory over their nearest rivals  on Saturday at the Lakeside Centre in Ballyshannon.

With three games left in the league Ballyshannon  are in a prime position but they have to meet strong opposition before they can call themselves champions.

Monaghan travelled with a reputation for slick handling rugby and this was evident in the first minute as the visitors bamboozled the Ballyshannon defence and scored in the corner.

Ballyshannon have a habit of conceding early scores which must have lured Monaghan into a false security as they didn’t score for the rest of the game.

After getting over the initial shook Ballyshannon knuckled down to their task and controlled the game for the next ten minutes. The home side’s first score came courtesy of a fine move by their forwards who fed the back line where the old war horse Gerry Curtis received the ball, outstripped the cover and scored in the corner. James Cleary had his kicking boots on as he converted the try and every kick he took during the match.

Ballyshannon controlled the contest for long periods of the first half. Direct running by Curtis, O’Donnell and Callum Gallagher breached the visitors’ cover time and time again but the home side were unable to convert their dominance into scores.

Out half Cleary did extend the lead after 30 minutes with a well taken penalty to leave the score at 10-5 at the break in Ballyshannon’s favour .

The second half belonged mostly to the home side.  Monaghan did offer some resistance but indiscipline cost them. The fierce tackling of Patton and McGonigle kept the Monaghan front runners at bay.

As the game ebbed and flowed both sides knew that the next score would be vital. That score came from broken play in the middle of the park as Ray Gallagher, who had just came on as a sub, picked up the ball and put on the after burners and showed everyone a clean pair of heals to score under the posts.

At this stage Ballyshannon started to play more expansive rugby and brought their wingers and full back into play. James Cleary’s penalty in the 40th minute left the score 20-5.

In added time Ballyshannon ran amok as they kept the best for last and scored two wonderful tries. Belleek man Dara Known, returning from injury, got in on the act by scoring under the posts as did Richard Gallagher. Both tries were assists by the ever improving James O’Donnell.