McGoldrick back on track with fourth round ko win in Cardiff 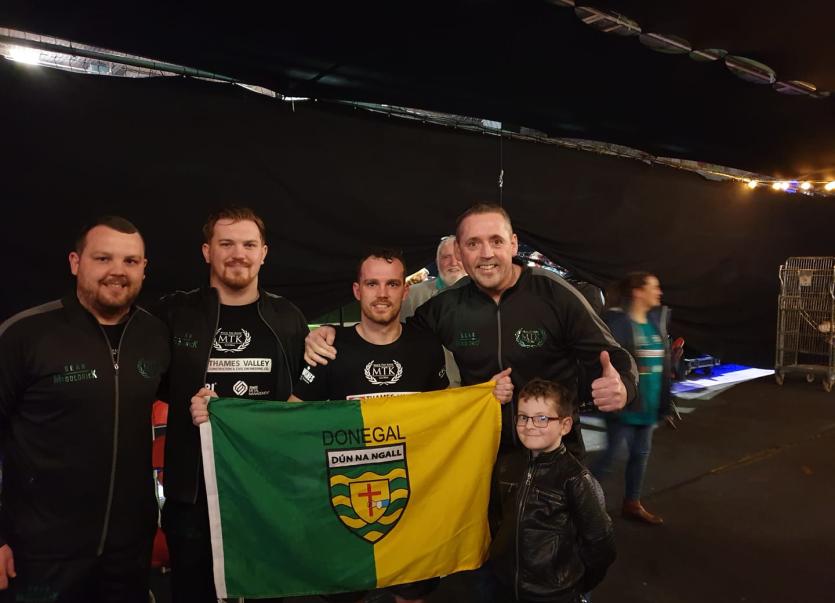 Sean McGoldrick with his Donegal supporters

‪It was back to winning ways for boxer Sean McGoldrick tonight in Cardiff as he secured a ko win in his comeback fight.
McGoldrick, whose father, Liam, is from Ballyshannon in Donegal, stopped Stefan Slavchev with a fourth round k.o.
The Newport, Wales born boxer, who is presently boxing out of Manchester, had his opponent down four times before the referee called a halt.
Congratulations Sean. Onwards and upwards.