SPORTS FEATURE: Blaze Basketball - a busy year across the age-groups 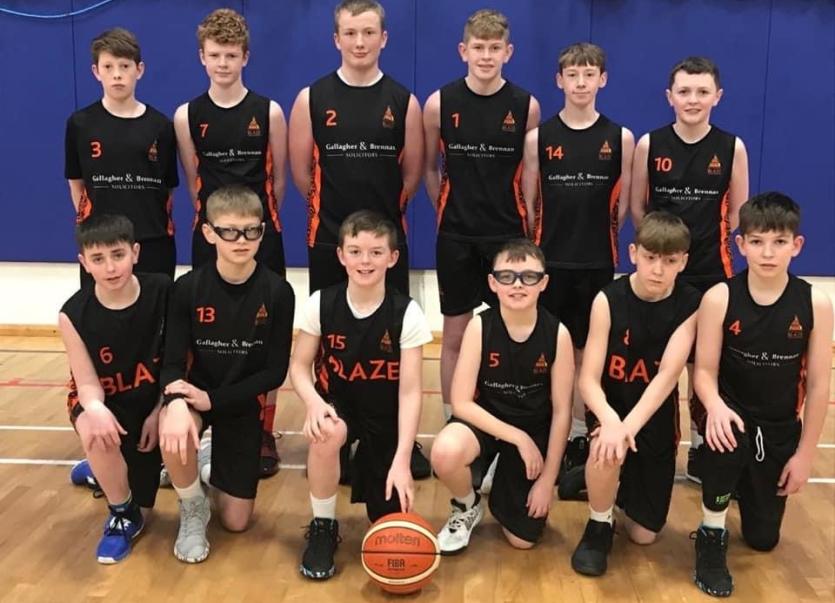 Basketball in Donegal is growing in popularity, particularly at underage level. It was one of the first sports to stop all activity to avoid the spread of Covid-19 just as the season was drawing to an exciting conclusion. Blaze Basketball Club in Letterkenny has enjoyed another busy year. Club PRO Eimear Gormley reports

Who We Are
Established in 1999 with twenty members, Letterkenny Blaze Basketball Club has gone from strength to strength with now over 300 members. Many teams compete in the Basketball Northern Ireland (BNI) Junior Basketball League and the North West Junior Basketball League and Cup competitions and have won many titles throughout the various age groups. There are also teams who play friendly blitz competitions against other teams within the club or against teams from other clubs.
Unfortunately, our season came to an unusually abrupt end due to the Covid-19 crisis. Our annual presentation night which always proves to be a very enjoyable night was due to take place this weekend. This night allows us to acknowledge the efforts of our players, our coaches, our parents and those who work away behind the scenes. We find ourselves acknowledging the efforts and achievements of our teams here on paper rather than in person at our annual presentation night. 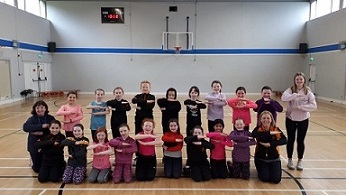 Young Blaze players and their coaches

Our Blaze community
Our club is a family – orientated club run voluntarily by our parents and coaches. We always encourage parents to help out and offer their assistance and we thank all those who stepped up each week for supervision, to fundraise, to drive to trainings and games and to assist on game days.
We are also very fortunate to have a group of dedicated coaches who are committed to upskilling and improving our players. In our club, we like to instill the idea of giving back and thankfully our junior coaches are only too happy to help and guide the younger members of our club each week. This is a big help and we appreciate the time given by all in coaching. 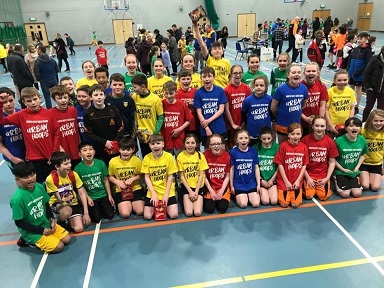 Each year, Letterkenny Blaze aims to support two local charities by organising a ‘Playing for Others’ Christmas fundraiser. This year, we held our fundraiser in aid of the local branch of St. Vincent de Paul and the local branch of Mary’s Meals. We would like to acknowledge the ongoing efforts and support of Niall McDermott and the Victory Scholars who help to promote the basketball skills of the players in our club and county. The Northwest Board and the BNI Board are also continually helping to develop players by organising the academies and leagues every year.
Without the generosity of Sr. Ger and former principals, along with the Board of Management in Loreto Secondary school, our club would not be able to function week in and week out. We are very grateful to them for their help and support in providing the Loreto Secondary School Gym as our home venue.

Grateful
We are also very grateful to our local businesses who have provided sponsorship and raffle prizes during this year and many of these businesses support us every year. We would like to encourage our members to support these businesses especially now during this Covid 19 crisis. Many local businesses are offering delivery services and gift vouchers online. This gives each of us to help and give back to these businesses.
And of course, our players – thanks to each of you for your enthusiasm, your attention, your exemplary behaviour at home and away games and the fun you bring to each session.
Our 2019/2020 Season
The u8 and u10 training sessions take place on a Saturday morning where our younger members are always full of energy and zeal at 9am in the morning! The u12 boys and girls complete the training sessions on a Saturday. The u12 teams relished in the opportunity this year to play competitively for the first time in the North West league. Well done to all of you. 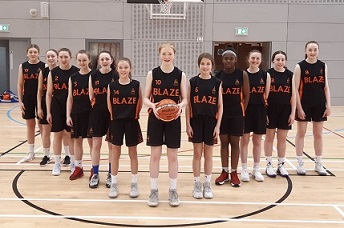 The u14 boys (Division 1) had great success this year by winning the BNI league by defeating Queens in their final game. The boys defeated Mulroy Hoops, Sligo and Ballyshannon in the North West playoffs to qualify for the NW Supercup final. They qualified for the All Ireland Club Championship (AICC) which unfortunately didn’t take place. The u14 boys (Division 2) team played their final game of the season with a convincing home win against Dungloe. They were due to play in the North West playoffs on March 15th. Brilliant year by all the U14 boys and their coaches – well done!
The u14 girls (Division 1) finished 4th in the North West league. The girls fought hard at the end of their semi-final game against Sligo but unfortunately Sligo proved too strong for them. The u14 girls (Division 2) showed great team spirit while playing in the North West league and we look forward to seeing you back in club colours next year.

Undefeated
The u16 girls were undefeated in their season this year in both the North West league and the BNI competition. The girls were hoping to travel to the AICCs in the A division for their first time but unfortunately this event was cancelled. They were lucky to be invited to play in the BNI invitational U16 tournament in Derry in March as their final action of the season to mark International Women’s Day. The team and coaches went on to beat Molina of Spain in the final after some tough group games. Great season by these girls and their coaches – keep working on your game now!
The u16 boys finished in 4th place in both the North West and BNI leagues and were looking forward to the playoff competitions to finish off their year. Well done to all for their commitment during the year and keep working hard to be ready for new season. 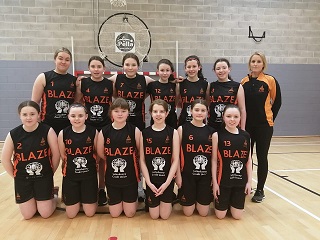 The u18 girls finished 2nd in the BNI league which left them with a home semi final playoff game in the cup competition. However, it wasn’t possible for this game to be played. The u19 girls were crowned North West Champions on March 6th. The girls managed to win all of their games this season.
Big shout-out to all the U18 and U19 players at the end of this season, many of whom have played with our club since U8. Such a pity to end the season this way but we wish all of you doing exams, the very best of luck. Keep going with your work despite all that is going on and we will get back on the court some way, some day soon, to celebrate your years playing with Blaze.
We hope that all of our Blaze members are staying safe and keeping up their basketball skills practice! Lots of time and lots of good videos and drills on social media to keep you busy and we look forward to seeing you all back for registration as soon as we can.