“Everybody is in the same boat” - Donegal defender Neil McGee

GAA officials still hoping that All-Ireland championships can go ahead 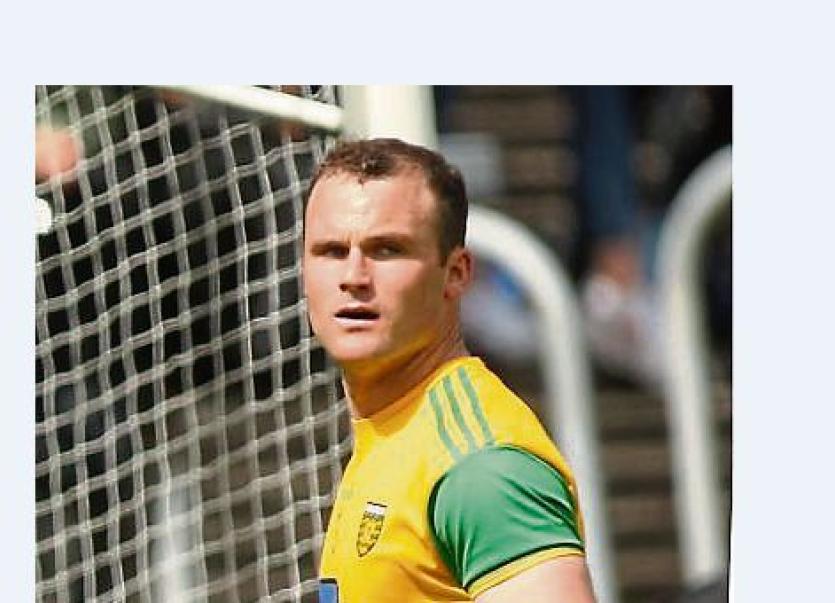 Donegal star Neil McGee is keeping in good shape, but like his colleagues really does not know just when he will be back in action

GAA officials are still planning to hold club and inter-county championships in 2020, and they are still setting a target of being in a position to start the All-Ireland Championships in September or October.
Yesterday a series of conference calls took place between senior Croke Park bosses and county chairpersons.
All GAA activity has been suspended until July 20, but there is confusion in many quarters about how games will resume and how the easing of Covid-19 restrictions will actually be implemented. It is thought that training will resume at club level initially, but health and safety considerations will dictate what happens at all times.
Meanwhile, Donegal’s three time All-Star Neil McGee has given a very guarded response to the government’s suggestions that GAA matches could resume in July.
And while the Gaoth Dobhair star is very much in the dark about a resumption, he added that “a lot could happen between now and July”.
McGee has never been in better shape, and the good weather means he can go flat out on neighbouring Magheragallon Strand.
“It is hard to know and is something that is totally out of our hands and we are all playing a guessing game at the moment,” he said. “Nobody can foresee what is going to happen and all I can do is keep preparing for it.
“And it is a good enough complaint to be able to get out there and be fit and healthy when there are people who are dying.”
When asked if he was surprised by the talk of a July date, he replied: “All I know is what I read on the news or social media, but I would be hopeful enough that we would be back at some stage or in some form.
“Even if it is behind closed doors and there are a lot of pros and cons,” he noted.
Asked about the social distancing, he said: “All we can do is wait. If it had to be tomorrow, we could not go back.
“A lot can happen in two months but there are a lot of people more qualified than me to explain what is going on.
“But it does give you a bit of hope.
“However, I have always had a bit of hope that we would be back, we just have to make sure we are ready if and when we do go back.
“It is not ideal, but everybody is in the same boat.”