After the lockdown, exciting times ahead at Rosses AC 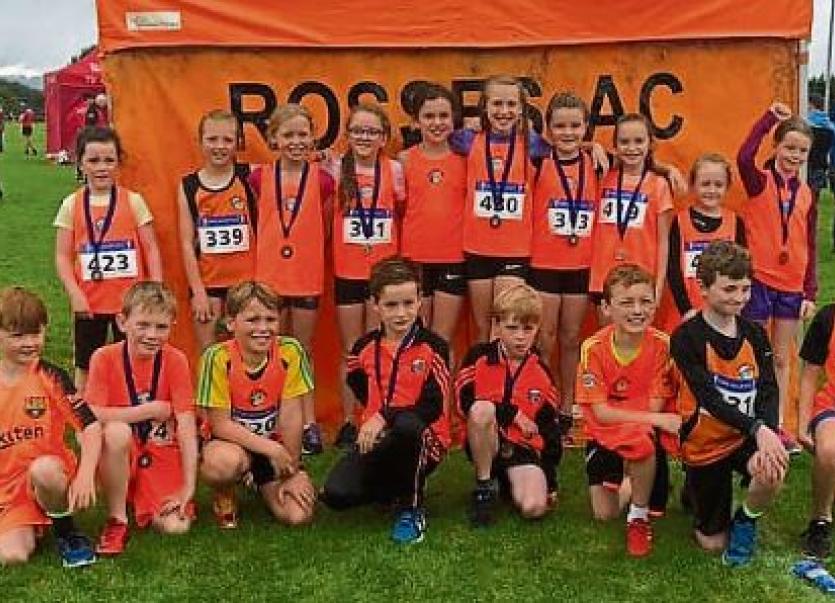 Michael Logue, PRO of Rosses AC reports on how the club has been flourishing in recent seasons

Rosses AC are a well-established and rapidly growing athletic club founded in 1980 who welcome runners and athletes of all abilities from 7 years to 70+ years. Based in the Rosses area of north west Donegal the club caters for members from The Rosses, Gaoth Dobhair and Cloughaneely parishes.
Rosses AC endeavours to encourage a spirit of fair play and sportmanship at all times where we believe that ‘Athletics’, if done properly, is much more than just ‘running’…… ​​
Over the years the club has always been supported by numerous hard working committee members, coaches and volunteers who have ensured the club’s existence but in recent years it became obvious that in order to be relevant and attract people, we needed to make large changes to bring the club forward.
Progress has been steady, but the momentum is continuing to build. We are affiliated with Athletics Ireland with club membership continuing to rise over the past few years with over 350+ members in 2019 and our athletes regularly contesting local, provincial and national competitions annually and we have also had Ireland representation at Underage and Masters levels in recent years.
As the club has grown in recent years, the aim is to provide a full athletics programme all year around in Indoor, Track & Field, Cross Country, Road & Marathon running and Sportshall.

For children, the winter training programme for our Juvenile athletes is based around Sportshall in Dungloe and Gaoth Dobhair every week where we have on average 170+ attending primarily for juveniles from 7 to 12 years which then switches to Carrickfinn for the Track and Field and onto the Cross Country seasons.
Our teenagers train every Tuesday, Friday and Sunday while the adults are based primarily in 2 locations in Gaoth Dobhair and Dungloe. 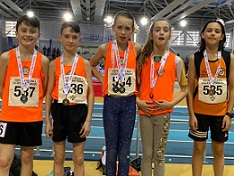 Recent years have seen a focus on Couch to 5K groups and circuit classes to address the demand from the community of people who had never been involved in running or had not been involved since their youth.
Aidan Gillespie is now in his 5th year as Chairman and has formed an ambitious and forward-thinking committee with big expectations to help continue to build the club to compete with the bigger clubs in Donegal, Ulster and Ireland.
A highly successful and still active masters athlete, Aidan has quietly steered the club to think bigger and deliver on moving the club with the times and become an integral part of the community – a place where everybody can come and be active but equally chase their goals in competitive athletics in all disciplines – a big ask for a club completely made up of members volunteering their time.
As with any club there are many challenges, and specifically for us being a rural based club in West Donegal involves travel as a major consideration for all competitions be it in Donegal or Ulster and especially when it comes to National events.

One of the larger challenges has been the lack of facilities and amenities but huge efforts have been put in over the past few years to address these.
In 2016 an ambitious club plan was developed focused on a number of areas around coach and athlete development pathways towards a one club structure which we knew meant enhancing facilities and partnerships within the community to provide a platform for competitive and noncompetitive members of all ages and abilities.
Off the field the club is extremely proud of what has been achieved, with strong support from Donegal Airport, with the redevelopment of the track surface at Carrickfinn, in partnership with the local Tír Chonaill Rugby club, where extensive works were completed in 2018 and more recently has seen the container for storage of equipment and lights erected which has been a huge addition over the winter. It enables not only Rosses AC train but many other local clubs and members of the community to train and exercise during the long winter evenings.

Difference
A difference between clubs is often the number and quality of coaches involved, and a recent coaches meeting saw approximately 20 coaches discuss and brainstorm the pathway to bring coaching in the club to the next level.
This follows on from a strong recruitment drive which has yielded energetic, enthusiastic and committed coaches who want to develop their coaching pathways as well as bring athletes on a pathway to experiment at a younger age in the many disciplines that athletics can offer across track and field, sportshall, cross country, relays, etc before specializing in a number of events as they develop into teenagers and seniors.
The partnerships and support with the local area and businesses are critical to ensuring the existence and development of the club and this varies from the local primary and secondary schools to other sporting clubs in the area across rugby, soccer, gaelic, etc.
Local businesses and councillors have been hugely supportive in recent times of our development ambitions and to all them we want to offer a huge thanks – they know who they are and additionally we have been fortunate to have a number of main sponsors, mainly The Cope Sports, who without these networks and support we would be unable to offer so much to our members.
Circumstances have changed for everybody very suddenly where club activities were brought to a halt due to Covid-19 in mid-March. 2020 had started very strongly for the club with our Masters coming back from the Indoor All-Irelands with great success to secure seven national medals and there was high optimism for the outdoor season. 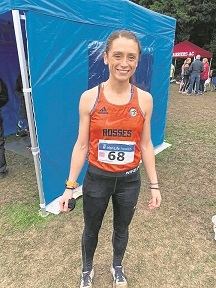 The Senior athletes had a number of strong performances in early season local races with many looking forward to building on the successes achieved last year on the road race scene.
Fodhla McFadden had secured a national bronze at the u23 indoor All-Irelands and in cross country Helen McCready was part of the All-Ireland masters team securing gold medals.
While in the juveniles Amy Greene had secured selection to represent Ireland in the Schools Internationals. We had a number of athletes on the Donegal Sporthall Teams who had secured qualification for Sheffield. At the Ulster Indoor Championships we had 11 athletes qualified for the All Irelands with seven of them securing medals.
To top off the start of the season after making the long trip to Wicklow for the All Ireland B Championships, where Helen secured her gold medal, the u11 girls and boys demonstrated the progress at underage with the girls securing a top 5 place and the boys becoming All-Ireland Champions.
The club and coaches have looked to maintain some level of training for all club members remotely, which has been challenging, with everybody looking forward to starting to get back to some level of normality and competition.
The club has ambitious plans and will continue to drive forward in progressing these and we welcome and embrace all ideas, support and help.
The future is orange, the future is Rosses AC.