2020 RunDonegal Women’s 5K will go ahead - in some manner

Virtual race is an option 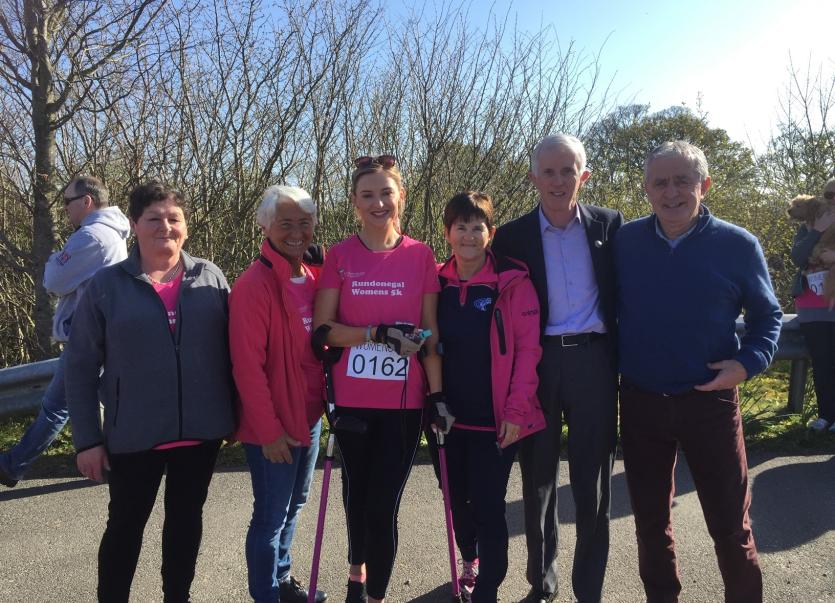 The 2020 RunDonegal Women’s 5K will definitely go ahead in some form on Sunday, August 23rd, according to race organiser, Grace Boyle.

The event was due take place on Sunday, April 5th. But due of the Covid-19 restrictions, it was rescheduled for Sunday, August 23rd at 11 am in the Twin Towns.

“Because we don’t know for sure if we will be allowed to hold the race, we are planning to hold a virtual 5k on the morning of Sunday, August 23rd if it doesn’t get the green light,” Grace said.

“We are asking all those women who had planned to take part in the race in April to organise a 5K route close to them and to have it on standby in the event that the mass participation race isn’t allowed to proceed. The virtual race will hopefully allow groups to run together. From Monday, the restrictions will be eased to let groups of four exercise together, while continuing to observe social distancing,” she added.

“So, one way or other, we are going to have a 2020 RunDonegal Women’s 5K and the reaction so far to our decision has been really positive. Of course, we are still hoping that the race itself will get the go-ahead, but if it doesn’t, it’s great to have an alternative to fall back on.”

Those intending to be part of the virtual race must register as per the usual process.

“The first 700 who register will receive a top quality purple technical t-shirt and a pink head scarf. Those who register online will have their t-shirt and head scarf posted for a total cost of €13. Registration at the Finn Valley – when it reopens - will be €10,” the race organiser added.

This year’s RunDonegal Women’s 5K was officially launched back in March by the newly elected Ladies Gaelic Football Association President, Michael Naughton, at the Finn Valley Centre – the headquarters for the race.

For the fourth year, the Brid Carr Ovarian Cancer Research Fund will be the main beneficiary. In 2019, €7,500 was raised through the annual event which attracted an entry of over 700, with 650 taking part in 2018. Brid Carr, who was a native of Glencolmcille, died from ovarian cancer in 2014 aged 54.

The first Donegal all-women’s race – a 3K in Letterkenny – was organised by Grace Boyle and Bridgeen Doherty 15 years ago. It has since evolved to become of the biggest mass-participation events on the North West.