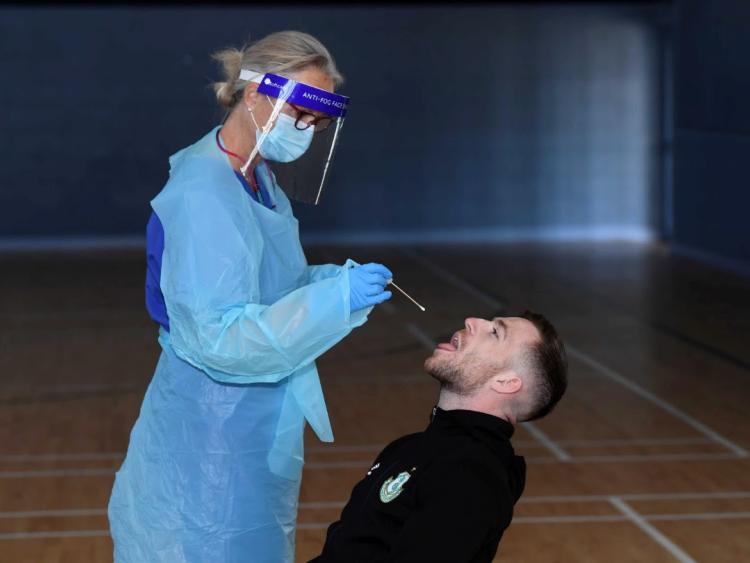 Irish football took the first steps on the pathway to a safer return for all football when testing for Covid-19 among players from four clubs began today.

The testing is part of a pilot programme ahead of a special tournament for the four SSE Airtricity League clubs who will compete in Europe this year - Dundalk, Shamrock Rovers, Derry City and Bohemians.

Players and staff from all four clubs were tested as the FAI continues to work on a pathway for a safer return for all Irish football in the coming months, under the supervision of Medical Director Dr Alan Byrne.

Dr Byrne, a member of the Government’s Return to Sport expert group, has overseen the pilot programme for the four clubs that will inform all decisions on a pathway for Irish football to return in a safe environment by the end of August.

The pilot tournament, featuring the four European qualified SSE Airtricity League teams, is planned for later this summer with the clubs scheduled to resume training on June 8.

Republic of Ireland and Shamrock Rovers midfielder Jack Byrne was one of the players tested on Monday morning. He told FAI TV: “The test was fine. We just got a little swab taken at the back of our throats and it was all done in less than 20 seconds. We’re happy to get it done as it’s another step closer to training soon.

“I think it’s important for everyone in the country that football gets back when it’s safe to do so. I think we’re taking the right measures to come back to football in time and in a safe way.

"Football is such a huge part of this country and we need to take these steps for football to return, from the league to the grassroots. I can’t wait to return and get back to playing football.”

Test results from all players and staff in the pilot programme will be available later this week when they will be assessed by the FAI Medical team who will link in with Government and HSE officials as they work together on a return for sport.

“Today is a significant day as we plot our return for all football in Ireland in a safe environment for players, staff, officials and volunteers,” Medical Director Dr Byrne told FAI.ie.

“We must take slow and deliberate steps in this Covid-19 pandemic and testing of these four squads is crucial as we look to deliver this pathway to a safer return to football for all elements of our game.

“We have begun the process for players at all levels, not just for those tested today under the pilot programme. Once we start to analyse the results of these tests, we can move forward.

"We will test the players from these four clubs again before they return to training on June 8  and then again regularly when they are back on the training field.

“Everything we do now is designed to ensure that football can return for everyone as soon as it is safe and responsible. We owe that to all our players, from the elite players in the League of Ireland to the schoolboys and schoolgirls who want to get back on the pitch with their clubs but their health and safety must come first. This is the first step and a significant step in that process.”

The FAI will continue to work with Government departments and the HSE. All decisions on a safer return for football for all will be made in conjunction with the State agencies and will be dependent on their approval.

Funeral takes place in Bundoran of the late Gerry Moohan