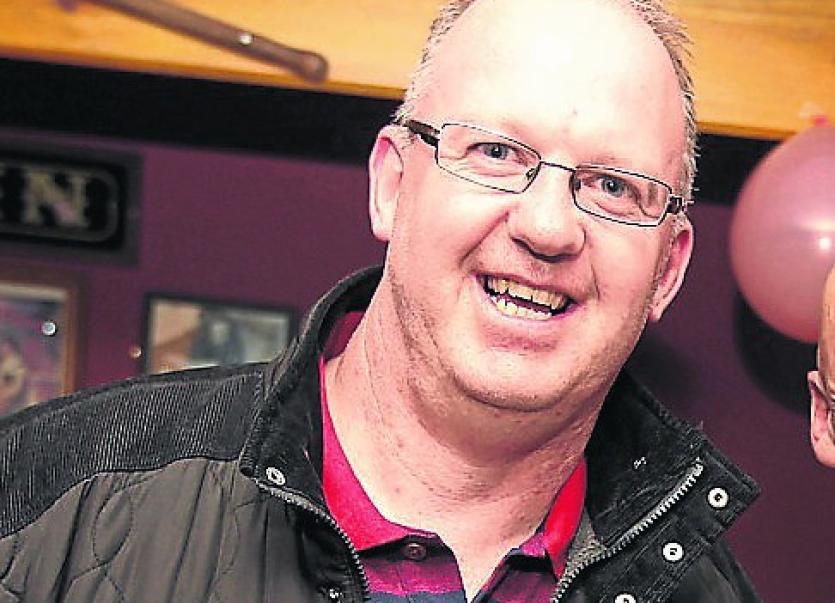 Val Murray played for his beloved Aodh Ruadh for almost 30 years and in his prime was one of the top forwards in the county, and as such, is in a great position to salute 15 of the best club players he played against. These were men who did not play senior county football, but who wore the jersey of their club with pride and distinction

1. David Meehan (Killybegs):
David was something really special, and a key part of that great Killybegs team. He was a great shot stopper and an inspiring figure to his team-mates. He could also read a game and he really enjoyed life and was a great character and sadly passed away too soon.

2 Enda McHugh (Kilcar):
The third of the McHugh clan. Enda was a hardy, stocky corner back with a low centre of gravity and the heart of a lion. He was a very sticky corner back and really got going when the going got tough.

3 Denis Carberry (Killybegs):
He was the “Mick Lyons” of the time, as hard as Errigal with fierce commitment. If you were lucky enough to get past John Cunningham at centre-back, your luck would surely run out against “Lyons” who was a great anchor and leader at the heart of the Fishermen’s defence.

4 Eugene Doherty (Naomh Columba):
A brother of John Joe Doherty with all the typical Glen tenacity and absolute determination to win the dirty ball.
He would not give you an inch and could play anywhere really, such was his versatility.

5 Kevin Lyons (Kilcar):
A great attacking wing back in the blue and gold in many of their lean years. He was always very fit and agile and could man-mark with the best. A deep- thinking man who later went into management. 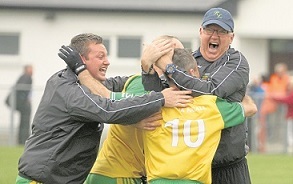 6 Michael Doherty (Gaoth Dobhair):
A brother of Sinn Féin TD Pearse Doherty and a very fine defensive rock for the Gaeltacht men for many years. Michael was a very tough and honest player who served his club with distinction and is still involved with the club.

7 Shaun Whyte (Ardara):
An athletic wing back and was equally at home at wing back or corner back. Really loved his football and was a very dedicated servant to Ardara and enjoyed the heat of battle.

8 Patrick Larry Gallagher (Ardara):
A tall powerful and athletic figure who could field with the best. He won an All-Ireland medal with Donegal Vocational Schools and was a very influential figure for Ardara for quite a number of years and is a great club man.

9 Joey McDermott (Glenfin):
One of Glenfin’s finest ever players and a key part of a fine side in the late 1970s and early 1980s. Joey was a tall, athletic, charismatic figure who could play it any way you liked and a real leader for his club.

10 Mark Boyle (Killybegs):
Is as fit today as he was when he was in his prime and is still playing. A great servant and a great dual star for the Fishermen. Mark could turn on a sixpence and was an astute reader of the game.

11 Eamon McCauley (Sean MacCumhaills):
A truly gifted figure on the 40 and had a left foot like John Duffy. He was extremely talented and could score as well as create chances for others and did not fully realise his considerable potential.

12 John Sweeney (Dungloe):
A very nippy forward and could finish with aplomb. A very talented forward who loved to take on defenders and was cool under pressure.

13 Sean Diver (Gaoth Dobair):
Sean was a very elegant player who could play anywhere in the full-forward line. He had good ball skills and always played with the head up and a figure to be watched in any game.

14 Dermot Ward (Glenfin):
From a famous footballing clan and a great focal point for their attack. Dermot was a great target man and could also make and take scores. A mighty servant for his club for many years.

15 Martin Doherty (Naomh Conaill):
A very fast skilful corner forward who always knew where the posts were and a thinking man who always had time to weigh up his options and later went into management. 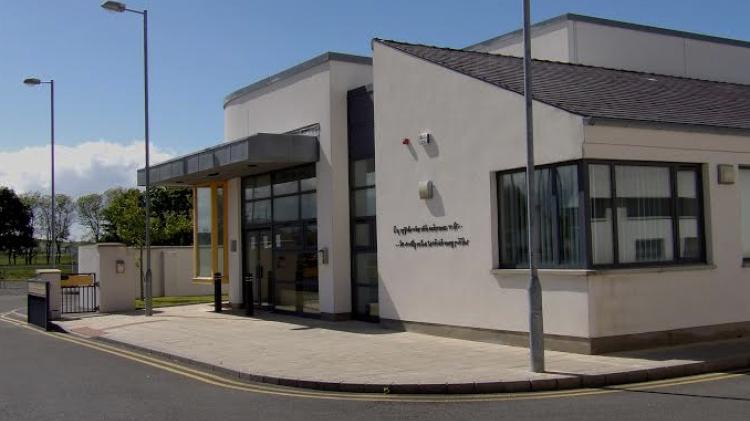