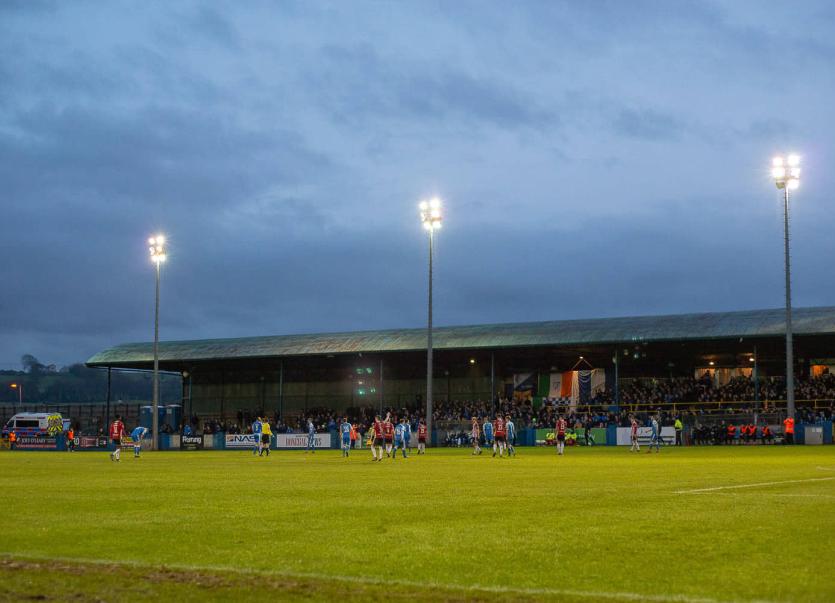 Finn Harps have launched a major fundraising initiative aimed at providing necessary improvements at Finn Park in order to secure a return to football to the Ballybofey venue.

Harps are aiming to raise €30,000 which they say is needed to progress plans for improvement work drawn up by the club's Infrastructure Co-ordinator.

The immediate work needed includes modifications to the dressing room area while a new medical room will also be needed. Plans are also in place for the provision of more space to accommodate players, match and club officials.

In a statement issued this evening, the club say they have been in ongoing discussions with the FAI, and that a proposal for a return of the SSE Airtricity League this season was received by the club on Thursday evening.

The proposal involves playing of matches without fans in attendance at HSE / Public Health compliant stadia with venues yet to be confirmed, and includes an element of financial compensation for loss of gate receipt income.

"The board of directors of Finn Harps FC confirm the desire of the club to see a return to football provided the health and wellbeing of our players and staff, and the financial stability of the club are maintained, and welcome the proactive approach from the FAI to date," the statement read.

"We will examine the proposals in detail over the coming days and continue dialogue with the FAI and our fellow clubs."

The statement continued: "Playing matches without fans has obvious financial implications, however the loss of income we are dealing with goes far beyond simply a loss of gate receipts, with sponsors impacted and major fundraising plans postponed.

"However the prospect of playing ‘home’ matches somewhere other than Finn Park would be a significant additional cost both financially and in terms of its practical impact on our mainly part-time players and management and something we wish to avoid if at all possible.

"As a result the club feel it is vital to be proactive and strive to make every effort possible to seek to ensure that when senior and underage football returns it ‘comes home’ to Finn Park as soon as is practicable.

"Our Infrastructure Coordinator has carried out an assessment of the stadium in line with public health guidance and protocols in place in other leagues where football had returned and we have identified that if we are to be in a position to host matches, even without supporters, we will need to carry out substantial works in the short term to operate in accordance in line with Government and HSE Guidance, including provision of additional changing room space.

"As ever, we emphasise that we are a fan owned community club without private financial support, and as an immediate response to the challenges of bringing football back to Finn Park we are this week launching a GoFundMe appeal to allow our fans and the wider football public to contribute in any way possible to the efforts to “Bring Football Home” to Finn Park.

"We have set a target of €30,000 which will be used to progress the plans being drawn up by our Infrastructure Coordinator to facilitate hosting matches in Finn Park in compliance with Covid-19 risk controls."

As an added incentive all donors of any amount will be entered into a draw for a 2020 club jersey signed by the current squad, and a pair of tickets for the next Republic of Ireland home match at which spectators are allowed.

In addition, any donations of €50 or more will have the donor entered into the club’s 500 club draw for the corresponding period and have a chance to win a weekly prize fund of €500.