MAC'S VIEW: Could we have a regional league to run alongside club championship?

The fixtures committee in Donegal will be burning the midnight oil 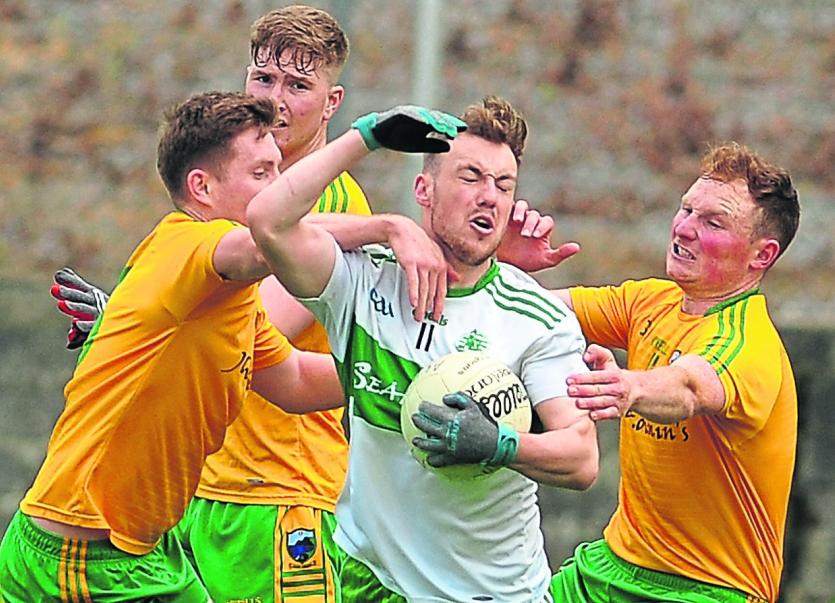 We got some more good news this week with confirmation that our GAA grounds can re-open from Wednesday (June 24).
It means that a return to action is getting much closer now and before too long, club teams can get back to the business of playing the sport again.
It’s been a long lay-off. Teams were really only getting back to training and preparing for the new season when everything stopped and the lockdown was put in place.
So our players - not only adults, but boys and girls at various age-groups - will be keen to get back playing again, whether it’s gaelic football, hurling or camogie.
The fixtures committee in Donegal will be burning the midnight oil as they try and work out what way the season will run.
Contact training and challenge games will be allowed from Monday, June 29 and then club fixtures are allowed from Friday, July 17. That means a slightly earlier start for club games than originally planned.
Perhaps here in Donegal we can take advantage of that by running a league alongside the club championship. The league could be organised on a regional basis so that those clubs who lose out in the championship at the early stages, still have competitive football if the league is kept going.
Even when the inter-county fixtures start, we could still have the regional leagues running here without the county players involved.
It’s interesting that Croke Park has decided not to change the dates for a return to action for our county teams. They are allowed to resume collective training from September 14 and then fixtures will start from October 17.
They will play the final two rounds of National Football League fixtures on the final two weekends of October and then the championship will start at the beginning of November. It will be a straight knock-out in the provincial championships and as far as I know, we could have the All-Ireland final played in the week before Christmas.

Straight knock-out
The fact that the championship will be straight knock-out will be very interesting. The more you think about it, it’s going to be wide-open this year. Any team can have a bad day, and there will be no second chances for a team like Dublin, Kerry or Tyrone if they lose out.
It could make for a fascinating couple of months of competition, and you just never know, if it turns out to be a success, you could have supporters out there calling on Croke Park to stick with this new system. We will wait to see what happens.
Here in Donegal, we’ll all be glad to finally see some club action, and as I’ve already mentioned, it will be just as important for our young players to see game-time too.
I know there are proposals in place to run games at underage for minor and U14 teams only in this shortened season.
I’m not sure if it’s fair to leave other age-groups out. Surely we could find fixtures for all age-groups over the coming months. There are plenty of Saturday and Sunday mornings out there that games could be organised.
I know there could be an issue with referees etc., but I just think it will be hard to say to young players of a certain age that there will be no competitive games for them this season.

‘Gouldie’ McGettigan
I was very sorry to hear of the passing at the weekend of James ‘Gouldie’ McGettigan in Letterkenny.
He was a great Donegal man and a great St. Eunan’s man who gave so much to the county both as a player and as an administrator.
I remember at County Convention one year, there were a number of motions before the meeting that let’s just say, weren’t all that important, and could have been dealt with much quicker. Things were dragging on when up stood Gouldie to declare that they were ‘sickly motions from sickly clubs’.
That was typical Gouldie. He was a straight talker, who called it as he saw it.
Away from the game, I knew Gouldie as a person and I admired him greatly. He was a lovely man who will be sadly missed. He played for Donegal as did two of his sons Paul and Leslie.
Both of them were fine footballers. I remember Leslie McGettigan scoring a goal in Ballyshannon to relegate Galway to Division Three. He was a great player, very talented.
My sympathies to the McGettigan family at this sad time.