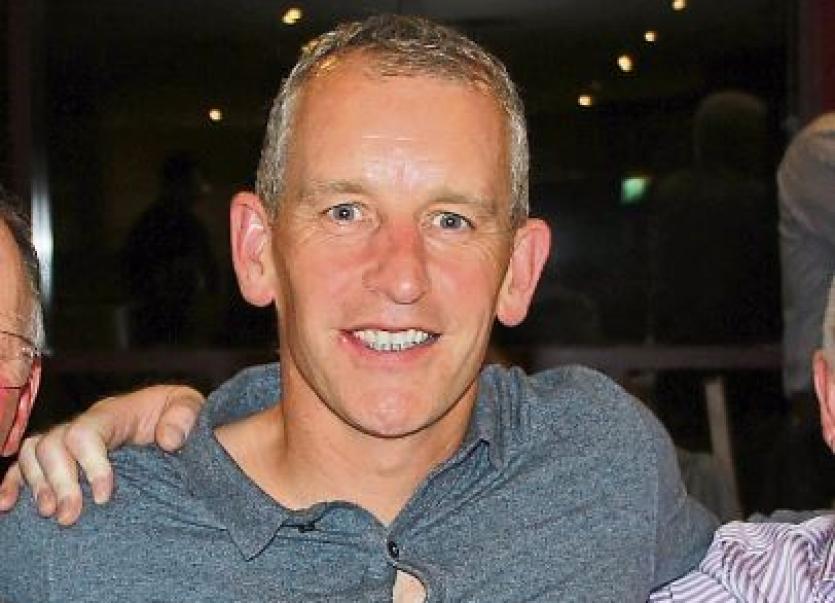 Barry Monaghan was an outstanding centre back for Donegal from the late 1990s and for much of the Noughties and was part of a talented group who were just not quite able to get over exceptional Armagh and Tyrone sides. These are his best Donegal players from the past 30 years 1990-2020.
Barry stresses that he could not assess the players from his own Four Masters club for reasons of perspective.

1 Gary Walsh (Aodh Ruadh):
He was the keeper in 1992 and his kickouts were very long and he was very assured. He gave the defence a lot of confidence and was very vocal. Gary was involved in the backroom team under Brian McEniff and I got to know him fairly well.

2 Barry McGowan (Killybegs):
One of the most gifted of them all and our own Karl Lacey reminded me of Barry McGowan when he first came through. Barry was an exceptional player who always had time on the ball and was one of these players who could play anywhere and still dictate the game for his club and for Donegal.

3 Neil McGee (Gaoth Dobhair):
I played with Neil and what I always liked about him was that there were never any excuses. He was very tough and uncompromising and back then when he started, we were not as defensively sound as under Jim McGuinness but Neil always stuck to his task manfully. But you could see then that he would develop into one of the best full-backs Donegal ever had. 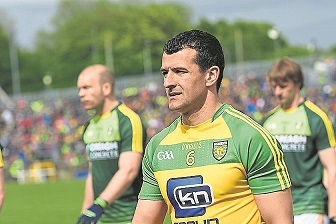 4 Frank McGlynn (Glenfin):
A Rolls Royce of a player and he has always been so consistent over the past decade, always in the 8-10 bracket. It is just the way he can break lines and be in the right place at the right time and is just such a class player.

5 Damian Diver (Ardara):
A serious player and he was the Donegal captain when I first came into the panel and he led by example. He and Brian Roper were two of Donegal’s best ever players but their careers co-incided with a less successful period. But Damian was one of the best over a decade or so.

6 Kevin Cassidy (Gaoth Dobhair):
I played with Kevin and he was a very tough athletic and inspirational player. He really came into his own on the first two years he was there and then he had a bit of lull, but he really blossomed under Jim McGuinness and was a great leader who could score when it really mattered…just ask Kildare from 2011! 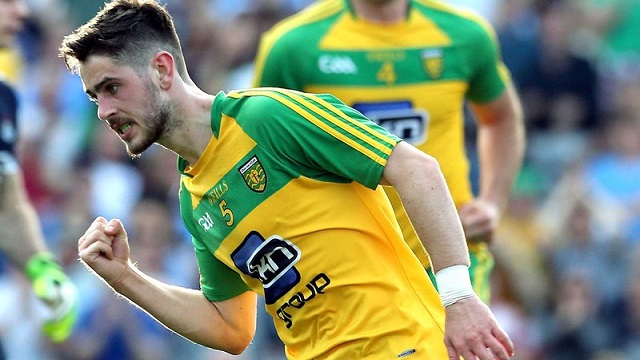 7 Ryan McHugh (Kilcar):
It was a close run thing with Martin Shovlin who really lifted the crowd and was very consistent. I just feel that Ryan (pictured) has taken the game to another level with his understanding and the way he can play the game. He is a class operator.

8 Anthony Molloy (Ardara):
The spiritual leader of that great Donegal team that won the first ever All-Ireland title in 1992. He was an inspirational character who knew his strengths and knew his weaknesses and he could rally the team when they were down.

9 Neil Gallagher (Glenswilly):
Neil came into the panel when I was there as well and he was captain of the team that won the NFL in 2007. He got even better under Jim McGuinness and turned into a phenomenal player. He had a great calming influence on the team and worked very well with Michael Murphy.

10 Rory Kavanagh (St Eunan’s):
A hugely gifted and a very under-rated player.He was a super player who could field, get scores and was a real asset. He played for a very long time and he made a huge contribution to that All-Ireland victory in 2012 in so many ways

11 Michael Murphy (Glenswilly):
Very little needs to be said and you could play him anywhere and he would still dominate a game. He would walk on any 15, in any county in any era……he is just that good.

12 Martin McHugh (Kilcar):
This reinforces the stature of Michael Murphy for Martin McHugh is right up there with the best ever to wear the green and gold and certainly the best ever of his stature. A wonderfully gifted marksman, a great leader and a force of nature that the Dubs found out all about on that famous day in 1992. 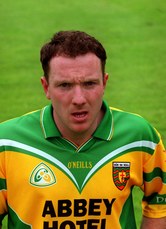 13 Adrian Sweeney (Dungloe):
He was a super player with a fantastic left foot, very strong and brave and a real handful. Adrian (pictured) was one of the best passers of the ball that I have ever seen. He was so physically strong that he could keep the defender at bay and then get off his shots. In the early Noughties he was as good as anything else in the country.

14 Tony Boyle (Dungloe):
Tony was a great full-forward and made his debut on Mick Lyons of Meath. He was a great ball winner, a great score taker and he could also hit frees and was the ideal target man and was so brave. The whole team’s tactics almost hinged on his presence.

15 Colm McFadden (St Michael’s)
He was probably the most gifted player that I ever played with. He did not really ignite fully until Jim McGuinness came along, but even before that Colm was still a very good inter county player. He was so strong quick with a super left foot and would not be daunted. He had it all. 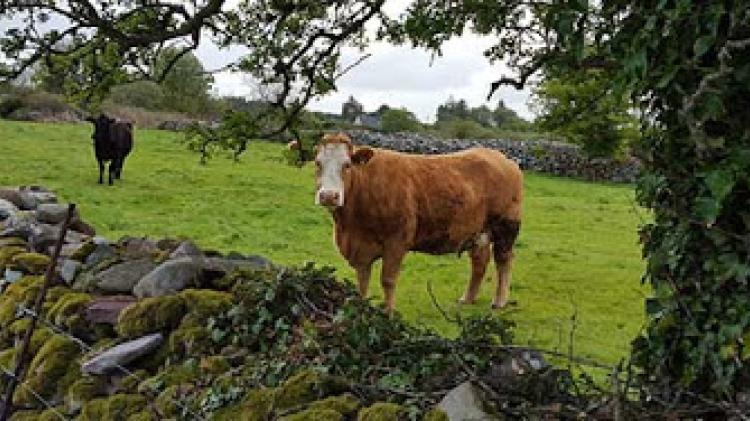