Donegal Pool Association to be based at CYMS Letterkenny 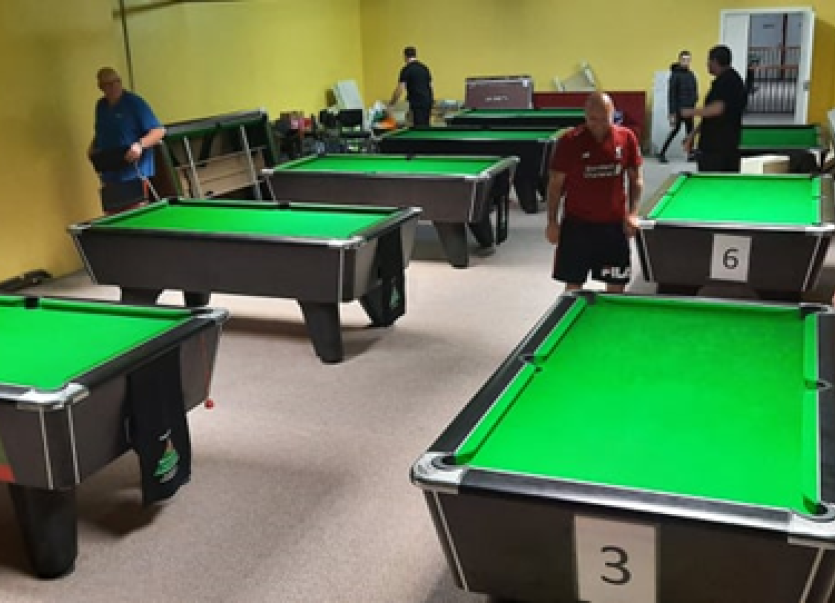 With many businesses and premises reopening next week, most people are excited at things returning to near-normal.
However, the pool players of Donegal have an extra pep in their step with the prospect of rediscovering their competitive natures in the fantastic new home of St Eunan's CYMS Snooker Club in Letterkenny.
Donegal Pool Association has grown from a small, interested cohort of players with a desire to compete at inter-county competitions to the stage where the men’s A team reached the All-Ireland final last year, losing out to Wexford.
Quite a number of players – male and female – have now represented Ireland internationally, and Shaun Sharkey from Dungloe has been a stalwart of the Irish team and was a runner-up in the singles final of the European Championships two years ago.
CYMS Letterkenny has a great pedigree in snooker – winning national titles in the sport – and the amalgamation is a great fit for both parties.
Ken Kirwan of CYMS said: “The new venture is very exciting for us. We will now have eight championship pool tables in addition to the ten snooker tables we have”.

Mini Morris from Donegal Pool said, “We are absolutely delighted to be relocating to CYMS. The premises and the facilities are top class.
“I’m sure some of us will spend as much time on the snooker tables as the pool. And hopefully we can entice some of the regular snooker players to enjoy the different challenge that pool provides; maybe we’ll even take a few euros off those who think it’s an easier game than the snooker!”
There has been a great collaborative spirit in the last few weeks with volunteers from the snooker and pool fraternities joining together to move tables, set up lights and meters, and generally provide a great one-stop-shop for the cue-sport enthusiast in Donegal.