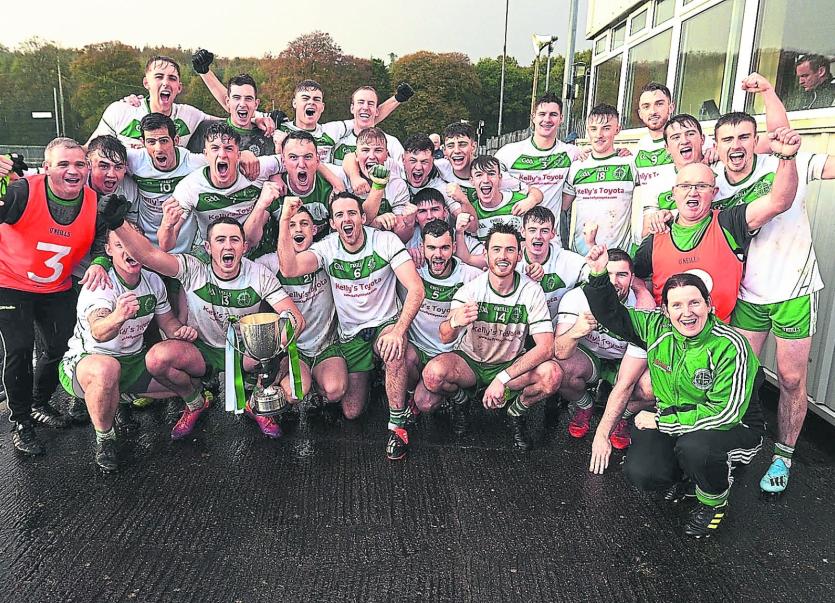 A leading Donegal GAA official has welcomed plans for an innovative club championship which is due to begin in August.

Veteran CCC member Edward Molloy said the changes gave clubs a minimum of four games in their quest for the Dr Maguire Cup.

He added that each club was also guaranteed two home games something that did not always happen in the past.

Molloy, who was part of the committee who drew up the format for a championship and league, said he felt it was the best option under the exceptional circumstances in the pandemic.

“We wanted to give clubs as many games as possible in a pretty limited time frame and we feel that has been largely achieved even though it will not please everyone," he said.

“And we wanted to give clubs two home championship games and the chance was there to do something different.

“Four games were the limit we could have as in the month of August you could only have 500 spectators including teams, so that was a constraint.

“But, on top of those guaranteed four games, clubs are guaranteed a further seven league games in a league that will consist of three regional groups”

He added: “There will be a new format for the Senior Championship with all 16 teams in a single 'league'.

“The top eight teams in the league – after four rounds of games – qualify for the quarter-finals and the bottom four go into relegation play-offs”.

“Each team will have two home and two away 'league' games during August. There will be a draw in early July which will decide the first two sets of 'league' fixtures. The first eight teams drawn at home on the weekend of July 31 to August 3 will go into Pool A.

“But the remaining eight teams in Pool B will play at home the following weekend August 8/9.

“And the first draw will determine if a team is in Pool A or Pool B for the next four matches.

“So, there is a big incentive for all 16 clubs to finish in the top four as they will be playing at home in the quarter-finals which is a big bonus”.

Meanwhile Championship football will commence in August with four rounds of 'league' games.

The knock-out stages – quarterfinals, semi-finals and finals – will be in September.

For the Senior, Intermediate and Junior championship, quarter-finals are scheduled for Sept 4, 5 and 6, semi-finals for Sept 12 and 13 and the finals for Sept 26 and 27.

Senior and Intermediate Relegation play-offs and finals will be the same weekends as the quarterfinals and semi-finals.

When asked if players who were preparing for county semi-finals and county finals would be still training with their clubs as the county season for training begins on September 15, Molloy said the final regulations had not been decided yet.

Meanwhile, The A League section will consist of three regional groups – two of seven teams and one of six – encompassing all of the clubs in Division 1 and Division 2.

The B section will include the remaining 19 clubs – two groups of six and one of seven. There will be seven rounds.

County players will not be available for all rounds but at a minimum will play in the first two.

There will also be regional and divisional finals. All details will be released and uploaded on the Donegal GAA website this week.