MANUS BOYLE COLUMN: Covid-19 has given us time to reflect on our amateur status

“They always say time changes things, but you actually have to change them yourself” - Andy Warhol 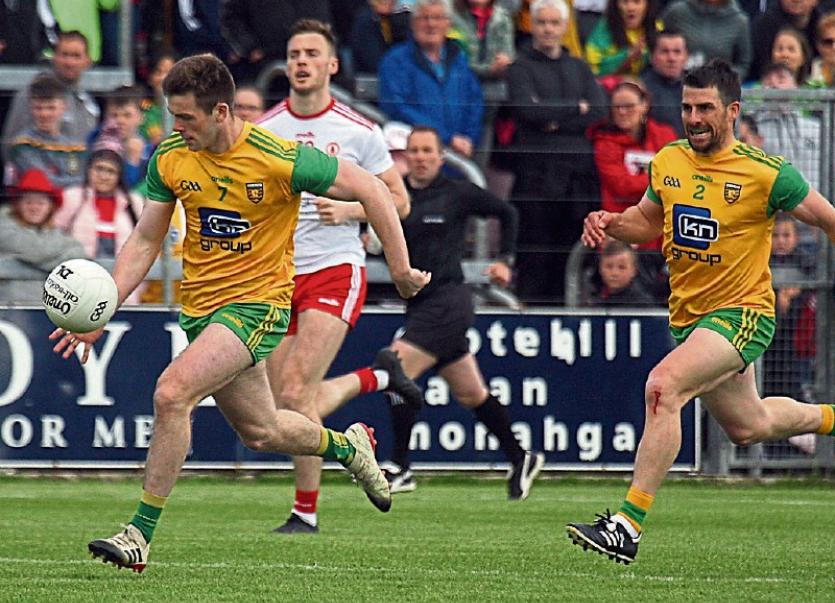 Covid 19 has certainly changed the world, in ways we could never have imagined. For months people travelled nowhere, planes were grounded, work was at a standstill, doors on schools and colleges were shut, nothing moved.

The world of sport came to a grinding stop as well. For the first few weeks there didn’t seem to be much panic. The experts were suggesting it would pass and everything would be up and running within the month and all would be back to normal. Nobody knew the seriousness of this virus and the pandemic that would follow.

For the last few weeks the government have put in place a roadmap to open things up once again. The GAA have reacted in a very conservative manner. All through the pandemic the message from Croke Park has been strong; when it’s safe to open up, we will do so. The message was simple and straightforward. The most important thing was not to endanger not only the lives of their members but of society in general.

We are now at a stage where a lot of sports have started playing again, many without supporters, which in my opinion leaves a lot to be desired. However, contracts have to be fulfilled or else clubs would, I have no doubt, go out of business.

The GAA is no different to other sporting bodies in that respect. They are reliant on income to keep the show running, and a year without playing any games especially at inter-county level would have a serious effect on the financial stability of the Association. And while there are those, especially in the last few weeks, having a go at the elitism within the Association, the facts are very simple. Whether we like it or not, the money that fuels everything from the grassroots up comes from the football and hurling championship.

It was concerning that all people have been bothered about in the last few weeks was whether county players would be back training with their counties or they would be available to their clubs, club managers making it known that the players belonged to the club first and foremost. Other calls for county boards to be fined if it was found out that county teams were back training before the allotted time.

Like many I would have thought the time not being allowed to play or train might have given those very same people an opportunity to think about what was really going on; what was really important about young men and ladies playing our games.

The importance of exercise and being a part of a group and having an identity has been lost in all of this. When young people just need to get back to playing some sport we are locked in a battle to who really has priority over these players.

Then we wonder why players are walking away from the games. Have we lost sight of what really matters, what amateur sport is all about? Yes, I understand the commitment that is required to play at the highest level; I understand that if you want to be competitive and challenge for silverware you have to go that extra mile, but where does it stop and at what cost? And I don’t mean financially.

The GAA, like many other local sporting organisations, stepped up for their communities in a time when they were needed most. With everything closed down, local volunteers made sure that those that needed their shopping done or those that needed a dinner got sorted. Those not as fortunate in our society were looked after.

People organising those supports were concerned about the health and wellbeing of the older generations; that concern should not stop now. As an organisation it is time to reflect on what went on before the shutdown. For a volunteer organisation do we believe that we are going in the direction that befits the beliefs and ethos of the GAA? What exactly do we stand for and why is it important for one part of our game to be more important than the other?

The club v county argument is getting stale; it has been going on too long because it’s players that are getting the brunt of it. We have been given a great opportunity to get our house in order, to get a balance. While the business side is required to run our games, it can’t be at the heart of every decision we make. That for once Croke Park take on the role of fixtures committee for the whole country and county boards and clubs follow their lead and while winning is important it can’t be what drives everyone in the Association forward.

As a sporting body children and young people depend on us for guidance and support while they are playing our games. The messages we give stay with them throughout their lives and they pass those very same messages on. Surely the development and health of all our members is the most important thing.

Have a good week and stay safe.