Donegal jockeys Orr and McAteer on the mark over past week 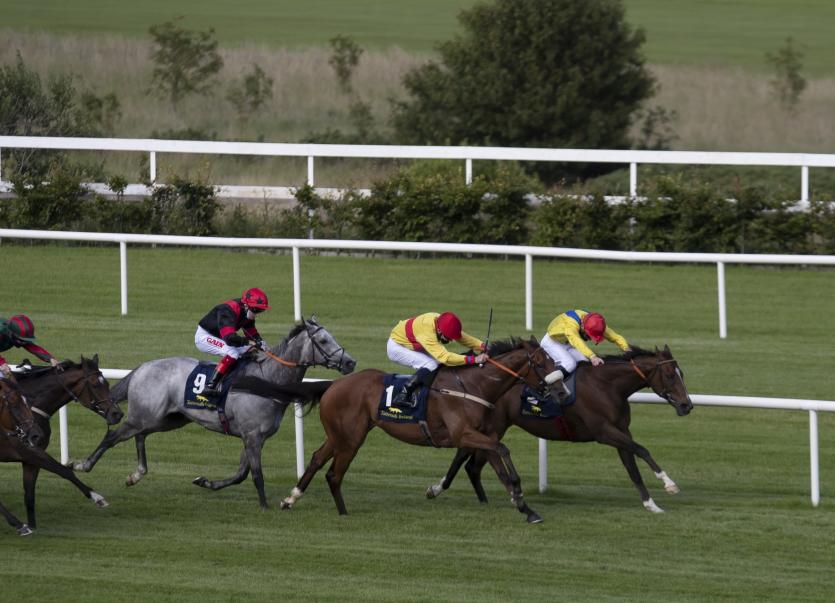 It was another good week for Donegal jockeys with a number of winners. Oisin Orr rode a winner for his old boss Edward Lynam when partnering Tide Of Time to land the Bohermeen Handicap at Navan on Thursday. The Rathmullan jockey was providing Lynam with his first winner of the season and brought the 10/1 chance home half a length to the good over 5/2 favourite Strong Johnson. The six-year-old was winning for the fifth time in all and for the third time at Navan.
Orr was on the mark again on the Dermot Weld-trained Etneya which landed the 8f fillies and mares’ maiden at the Curragh on Friday evening. The 16/5 chance won with plenty in hand, beating the Joseph O'Brien-trained Never Forgotten by three and a quarter lengths.
Luke McAteer partnered his third winner of the season when winning the 7f handicap at Leopardstown on Saturday on the Barry Fitzgerald-trained top-weight Beauchamp Bagenal. Having headed Geological well inside the final furlong, they held off the late surge of 2/1 favourite Leadership Race by half a length at odds of 20/1.

GERAGHTY RETIRES
Barry Geraghty's win on the JP McManus-owned Saint Roi in the County Hurdle at this year’s Cheltenham Festival proved to be his final winner as the 40-year-old brought down the curtain on a stunning career over the weekend. He rode 1,920 winners, 121 Grade 1 winners and 43 Cheltenham Festival winners and champion jockey in Ireland on two occasions.
Barry won the Aintree Grand National on Monty’s Pass in 2003 and retired on Saturday saying, “I’ve fulfilled all my dreams. As a kid growing up, you’re dreaming of Grand Nationals and Gold Cups and Champion Hurdles, so to get the chance to ride in them, let alone win them, was brilliant.”