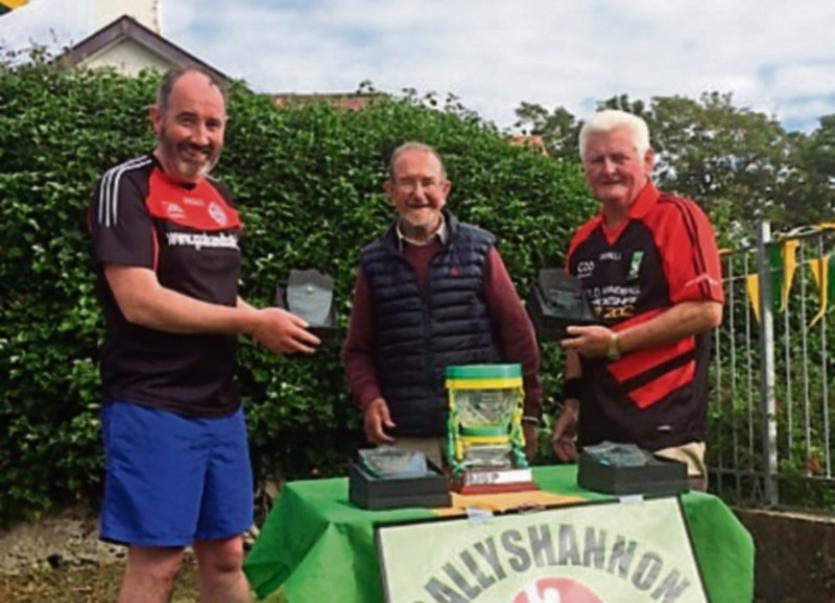 A marathon of handball was played at the Mall Handball Alley on Saturday last for the final of the Joe Guilfoyle Perpetual Doubles Tournament. 14 players took part from North Donegal, North Sligo and the Ballyshannon area.

With a large number of people gathered to watch this great game, the weather conditions were perfect for the day.

There were a number of preliminary rounds played with some great rallies, but in the end the four finalists were ready to play.

They were Joel Smith and his partner Denis MCGuinness playing against Odhran O'Neill and Jessie McCormick.

The final was the best of three games of 21. Denis and Joel played strong in the first game winning 21-7 but in the second Odrhan and Jessie came back to win 21-8.

A new star of handball has emerged. Odhran O'Neill is an outstanding player and can use both hands despite having just started the game three months ago. We hope he continues to play this great game and hopefully he will help to get more young players involved.

The beautiful trophies were sponsored by Joe Guilfoyle, who has sponsored this tournament for the last 11 years. The handball club are very grateful to Joe for his generosity.

The prizes were presented by Petie Currid from The Mall. Petie takes great interest in the handball alley as he goes on his walk each day with his dog. The committee would like to thank Petie for his contribution.