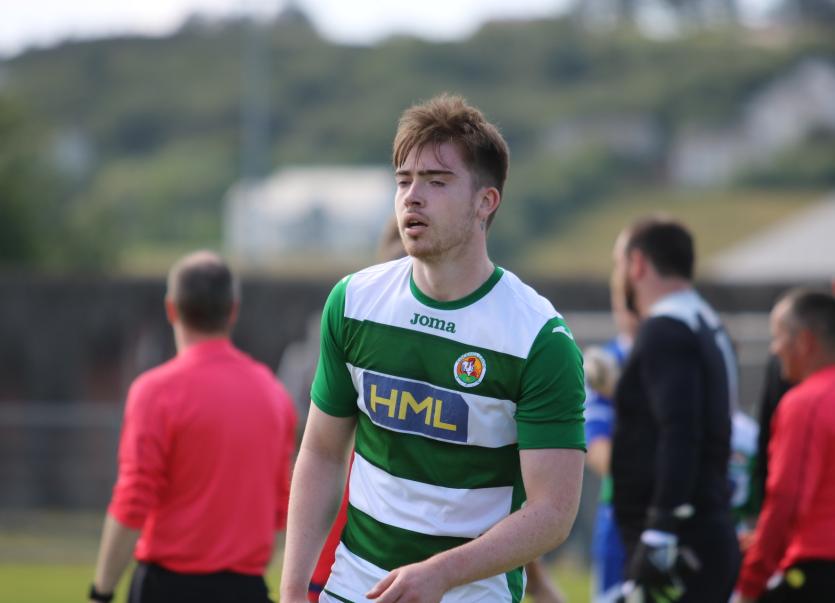 Cockhill Celtic took a firm grip of the top spot in the bmcsports.ie Ulster Senior League with a hard-fought victory over their nearest challengers, Letterkenny Rovers.

After a frantic opening Cockhill fashioned the first chance on six minutes when a Ronan Doherty free kick was headed over by Laurence Toland.
Rovers had a half chance on 12 minutes when Chris Malseed fired over.
Letterkenny opened the scoring two minutes later. A free kick wasn't dealt with by the home defence and Connor Gormley pounced to fire home from close range.
Rovers almost doubled their lead soon after when a Lee Toland free kick was headed narrowly wide by Dan O'Donnell.
On 33, a Lee Toland free kick was tipped over by Gavin Cullen.
Cockhill almost equalised when an in-swinging Lee McColgan corner was well kept out by Rory Kelly.
They did equalise in fine fashion seven minutes before half-time. Christy McLaughlin advanced down the right and found James Bradley whose whipped cross was volleyed home by Adam Duffy.
Duffy almost doubled his tally soon after but fired over over a good touch and turn in the area.
While the first half was incident packed, the second half was a more cagey affair. While Letterkenny had more possession, Cockhill were dangerous on the counter.
A Stephen Duffy cross was charged down and Adam Duffy's snapshot was over the bar.
Just after the hour mark, BJ Banda found space down the right. After cutting inside, his shot was scuffed and went wide.
On 82 minutes, a Lee Toland free kick found Gormley whose header lacked power and was easily dealt with by Cullen, while Gary Merritt went close for Rovers with a fine turn and shot which Cullen saved well.
Four minutes from the end, Cockhill struck for the winning goal. A Lee McColgan cross from the left looked overhit but Laurence Toland got to the ball and headed across goal for Adam Duffy to power a downward header past Kelly.

Bonagee United 1
Finn Harps Reserves 1
Benny Igiehon netted a late equaliser to earn Finn Harps Reserves a draw with Bonagee United in the Ulster Senior League.
There were only seven minutes left when Igiehon popped up. A new signing with Ollie Horgan’s Harps just before the Covid-19 lockdown, Igiehon got on the end of a through ball to finish past Bonagee ‘keeper Eugene Ferry.
That goal cancelled out a stunning strike by Bonagee midfielder Ryan Rainey in the first half to announce the return of USL football in style.
The game was preceded by a minute’s silence in memory of Bonagee United Club President Hughie Green, who passed away recently.
Stephen Doherty flashed an early opportunity across the Bonagee goal, with the home side clearing for a corner.
Rainey headed against the goal frame when he connected with a free kick soon after.
However, then former Wolves player wasn’t to be denied four minutes later. Rainey’s sized up the target and sent a cracking strike past the helpless Tom McDermott in the Harps goal.
Igiehon fired into the side-netting just before half time as Harps - who had senior boss Horgan among their management tonight - looked for a way back.
The second half was a tame affair with little in the way of goal mouth action or incident. That was until Igiehon pounced to level things up on 83 minutes.